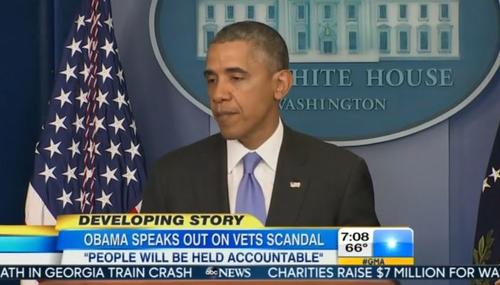 Ann Coulter
May 22nd, 2014 6:10 PM
The New York Times has been touting a study purporting to show that 4 percent of death row inmates have been "falsely convicted." "Falsely convicted" is not "innocent." But after being processed through the lawyer-to-journalist telephone game, "insignificant procedural errors" quickly becomes "27 guys didn't do it!" What the study actually… Kyle Drennen
September 22nd, 2011 3:43 PM
Update: Full transcript added. During the weekly "Today's Professionals" panel discussion in the 9 a.m. ET hour of Thursday's NBC "Today," while on the subject of the execution of Troy Davis, attorney Star Jones used the opportunity to proclaim: "You're never going to see a rich, white man being put to death in the United States of America. That's not… 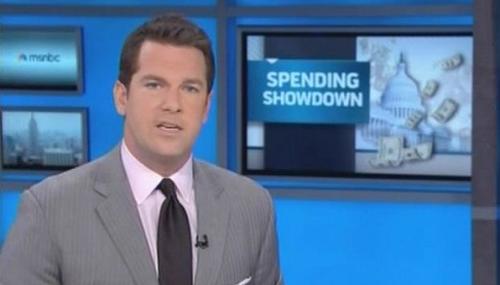 Scott Whitlock
September 22nd, 2011 11:55 AM
Good Morning America's Steve Osunsami on Thursday skipped or spun key facts while reporting on the execution of convicted cop killer Troy Davis in Georgia. The ABC reporter also played up the race angle, asserting that "supporters are asking difficult questions about the legal system, whether Davis' case would have gotten a greater re-examination if he were white and not black.… 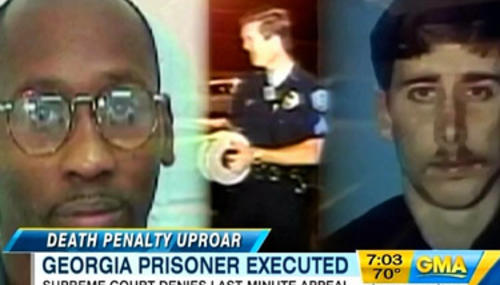 NB Staff
September 22nd, 2011 10:18 AM
Late last night, Georgia executed inmate Troy Davis for the murder of Mark McPhail in 1989. MacPhail, who was working as a security guard at the time, rushed to help a homeless man who prosecutors said Davis was hitting with a gun. When MacPhail came to the homeless man's aid, Davis shot MacPhail to death. Davis's case sparked controversy around the world, with many declaring Davis… Ann Coulter
September 22nd, 2011 10:04 AM
For decades, liberals tried persuading Americans to abolish the death penalty, using their usual argument: hysterical sobbing. Only when the media began lying about innocent people being executed did support for the death penalty begin to waver, falling from 80 percent to about 60 percent in a little more than a decade. (Silver lining: That's still more Americans than believe in man-made…