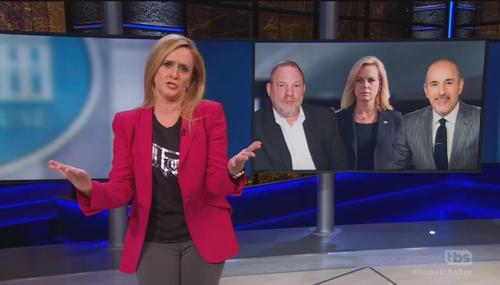 Brad Wilmouth
April 11th, 2019 10:02 AM
On her Full Frontal show on TBS, liberal comedian Samantha Bee began her Wednesday show by trashing former DHS Secretary Kirstjen Nielsen, calling her a "lying ghoul," and "one of America's greatest monsters," and hinting that she is the Wicked Witch of the West. Bee also displayed Nielsen's image next to those of sexual predators Harvey Weinstein and Matt Lauer,… 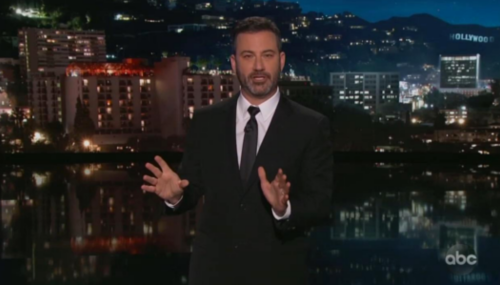 Randy Hall
April 11th, 2019 8:02 AM
Like most other late-night hosts on TV, the star of Jimmy Kimmel Live on ABC has been relentless in his hostile “jokes” about President Trump. However, the weeknight comedian may have finally begun running out of comments against the GOP official since on Tuesday night, he went even further than usual by attacking two of his sons. Regarding the crisis at the border, Kimmel… Kristine Marsh
April 8th, 2019 2:48 PM
One of the media’s most hated figures in the Trump administration, DHS Secretary Kirstjen Nielsen turned in her resignation letter over the weekend, after months of conflict between her and President Trump. All Monday, journalists alternated between unhinged glee over her resignation and worry that Trump would put someone “more extreme” on immigration in her place. The hosts of… 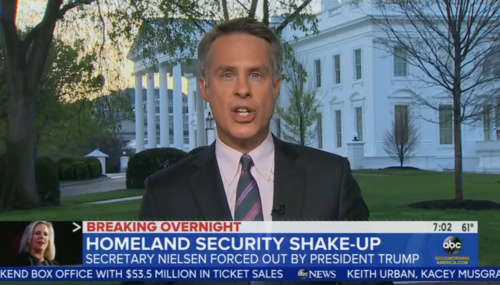 Kyle Drennen
April 8th, 2019 1:31 PM
On Monday, all three network morning shows reveled in Homeland Security Secretary Kirstjen Nielsen announcing her resignation with relieved reporting about her “tumultuous tenure” at the department being over and touting Democrats blasting the Trump cabinet official. Correspondents fretted over who would replace Nielsen as they bid her “good riddance.” 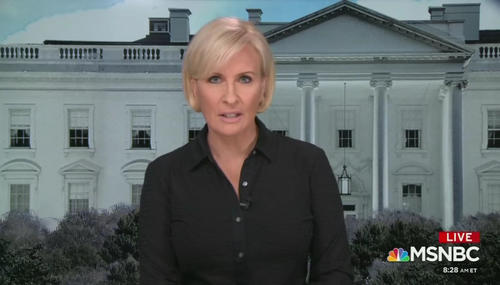 Bill D'Agostino
April 8th, 2019 1:31 PM
Television journalists hurried to get in their obligatory parting jabs at DHS Secretary Kirstjen Nielsen following Sunday's announcement that she would be leaving her post. The consensus was that Nielsen would forever be remembered as “the face” of family separation at the border, and that she deserved “no sympathy” for any difficulties she might face in the wake of… 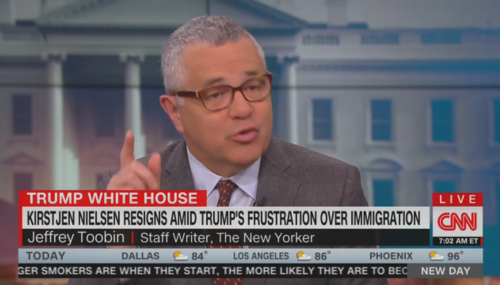 Pitiless: CNN's Toobin Says Nielsen Will 'Get What She Deserves'

Mark Finkelstein
April 8th, 2019 8:15 AM
CNN legal analyst says that "for the rest of her life," Kirstjen Nielsen, who is resigning as Homeland Security Secretary, will "get what she deserves" for having implemented family-separation policies and for having "put children in cages." 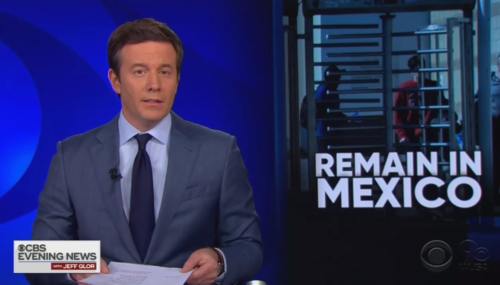 Nicholas Fondacaro
April 3rd, 2019 9:18 PM
Despite their own reporting from earlier in the week explaining how Border Patrol was swamped and at a breaking point that they had to detain dozens of illegal immigrants in an area under an overpass, Wednesday’s CBS Evening News decried the administration’s “remain in Mexico” program for those seeking asylum. 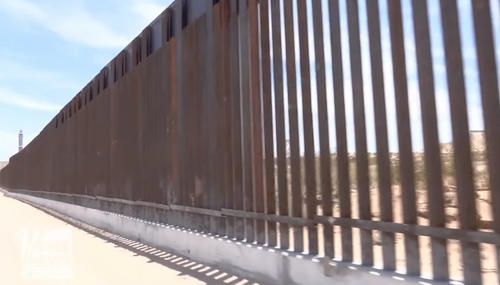 If Not an Emergency, What Is It?

Cal Thomas
April 2nd, 2019 2:57 PM
The flood tide of illegal immigrants crossing our southern border cannot and must not continue. Sen. Lindsey Graham (R-SC) has said of it, “The system is broken and overwhelmed. It is a national emergency.” The definition of emergency might help focus attention: “A sudden, urgent, usually unexpected occurrence or occasion requiring immediate action.” 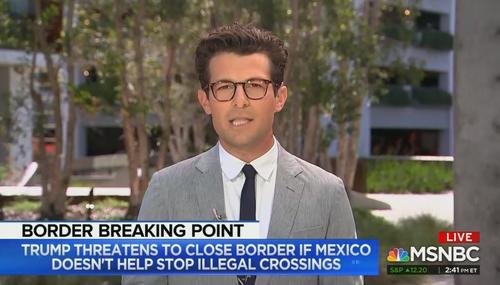 Brad Wilmouth
March 29th, 2019 7:42 PM
Appearing on Friday's MSNBC Live with Katy Tur, NBC News correspondent Jacob Soboroff was again accusing President Donald Trump of "forcing" migrants to cross the border illegally as he also blamed the Trump admnistration for the recent sharp spike in illegal border crossings per month not seen in over a decade. 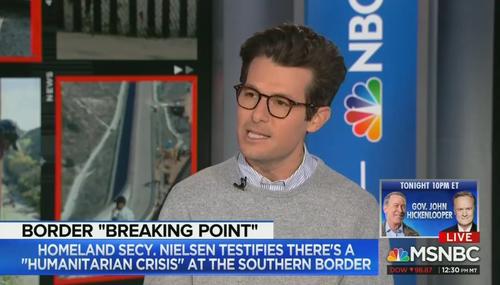 Brad Wilmouth
March 10th, 2019 8:31 AM
In the aftermath of DHS Secretary Kirstjen Nielsen's congressional testimony on the separation of illegal immigrant families on Wednesday, MSNBC personalities raged about "cages" for kids. Correspondent Jacob Soboroff declared that he was "angry" about her testimony and accused her of "lying" while host Katy Tur admitted that she had never heard before that some… 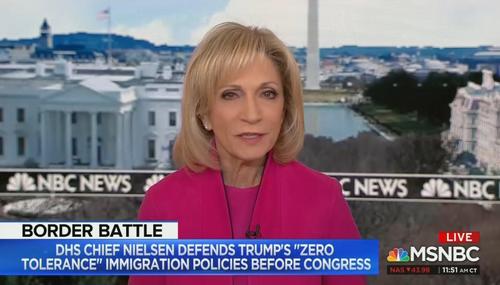