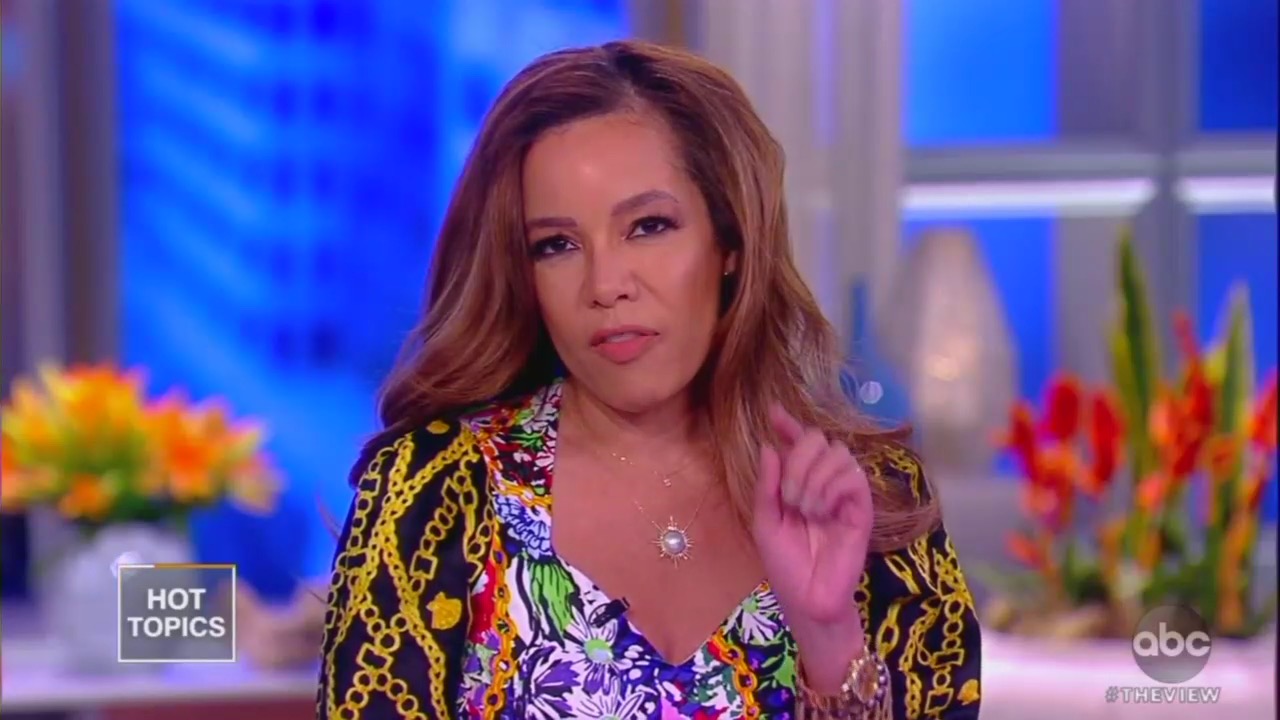 One of the media’s most hated figures in the Trump administration, DHS Secretary Kirstjen Nielsen turned in her resignation letter over the weekend. All Monday, journalists alternated between unhinged glee over her resignation and worry that Trump would put someone “more extreme” on immigration in her place. The hosts of The View offered their own scathing criticism of Nielsen, while co-host Sunny Hostin went after Trump for not addressing the “real” threat to our national security.

“Supposedly it's going to be even tougher, the stance at the border. Families being separated. Kids in cages. How much tougher are they going to be?” Co-host Whoopi gushed to open the segment. Fellow co-host Sunny Hostin jumped in to slam Nielsen for “selling her soul” to Trump and “separating babies from their parents,” a policy that Hostin refused to believe when confronted with on the show before:

“What's fascinating to me I believe she sold her soul. She did become the face of separating babies from their parents. We know now it's going to take two years to find out the true extent of this horror,” she gushed.

She went on to complain that the real threat to our national security wasn’t the criminals and drugs pouring into this country from our southern border but... white supremacists?

“It’s not going to work with his base, that’s why!” Joy Behar chimed in.

Co-host Abby Huntsman slammed Trump for not “taking responsibility” for the crisis at the border. Hostin jumped in to back up her earlier point that illegal immigrants weren’t a threat to our national security, anyway, they were actually making this country a “much better place:”

Joy Behar tagged on that point saying asylum seekers have “the right” to come here and be let in.

Sunny Hostin has made this point before, angrily ranting that illegal immigrants “didn’t deserve” the kind of treatment they were getting from this administration back in February of 2018.