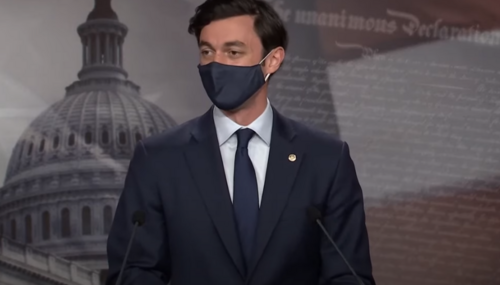 Conservatives have raised the alarm about Big Tech censorship for years. But now a far-left senator has admitted that Big Tech’s power may be a problem. Newly elected Sen. Jon Ossoff (D-GA) spoke out against Facebook’s power in an April 27 hearing. He claimed that Facebook has “an obligation to remove certain content, for example, incitement to violence or hate speech.” But Ossoff continued… 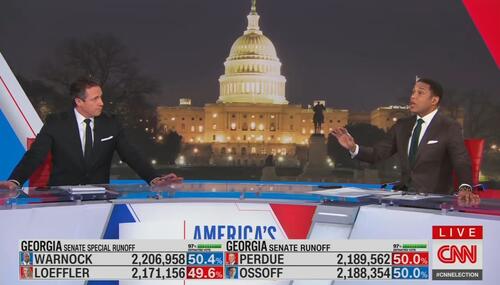 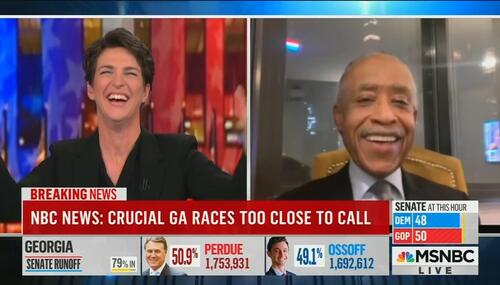 During MSNBC’s live coverage of the Georgia Senate runoff election, race hustler and longtime PoliticsNation host Al Sharpton reveled in the possible victories of Democrats Jon Ossoff and Raphael Warnock by insisting that he and his fellow civil rights activists are “nonpartisan” individuals concerned about the direction of the country.

On Morning Joe, Mika Brzezinski calls out Democrat hypocrisy on election challenges. She cites then-Sen. Barbara Boxer forcing a congressional debate in 2005 by challenging the election result in Ohio. Mika then quotes praise for Boxer at the time by Dick Durbin, Chris Van Hollen, and Ed Markey, and contrasts that with their criticism of current Republican challenges to the election results… 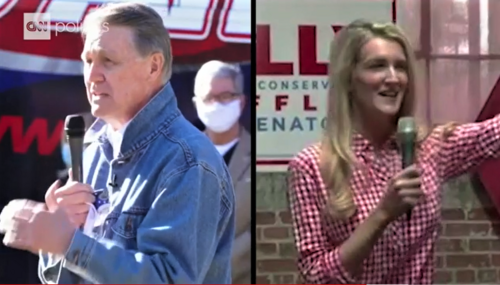 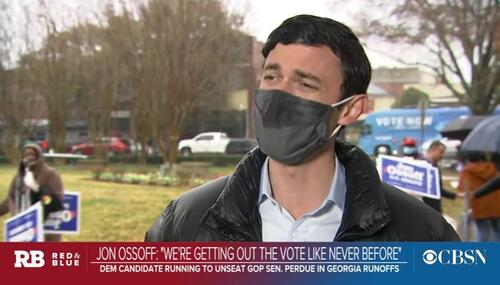 The New York Times is still carrying a torch for failed 2017 Democratic congressional candidate Jon Ossoff, so young, so photogenic, so liberal. He faces Republican Sen. David Perdue in a January 6 runoff for a vital seat in Georgia. On Monday, reporters Reid Epstein and Serge Kovaleski gushed on the front page over Ossoff's resume. On Thursday, Epstein, along with fellow reporter… 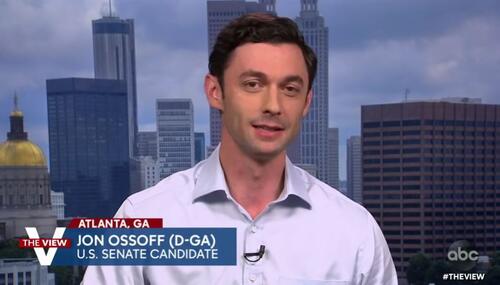 While the New York Times has piled hostile coverage on the Republican candidates in the vital U.S. Senate runoff in Georgia, the paper has reliably defended the two Democratic challengers. Candidate Jon Ossoff  was awarded front-page puffery from reporters Reid Epstein and Serge Kovaleski, “After Some Breaks in Politics, Ossoff Made a Few of His Own.” Monday’s story opened with bullet… 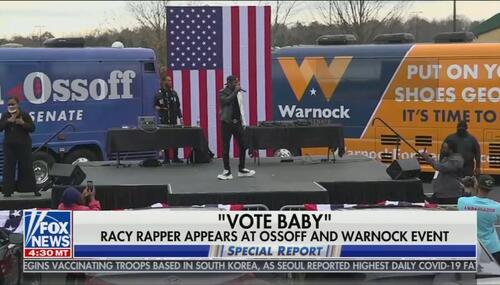 Tuesday saw the bar set even lower, as the broadcast networks covered up the fact that both candidates invited rapper BRS Kash to headline their joint get out the vote event on Monday. The problem? BRS Kash had a long history of making sexually violent tweets that go back years. He also rewrote the lyrics of a sexually violent song for their event.