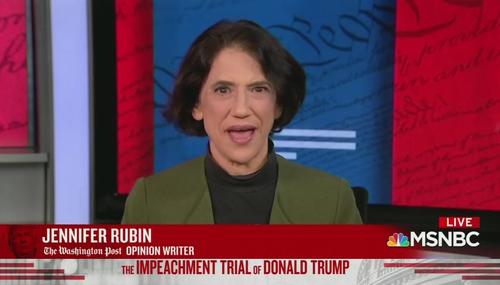 Kristine Marsh
January 29th, 2020 8:23 AM
Apparently even the shallowest level of research is too difficult for Washington Post fake “conservative” blogger, Jennifer Rubin. The liberal journalist and MSNBC contributor tried to dunk on President Trump’s lawyers in the Senate impeachment trial with an immature tweet mocking them as inexperienced buffoons. Unfortunately for Rubin, she was the one who ended up looking like a fool. 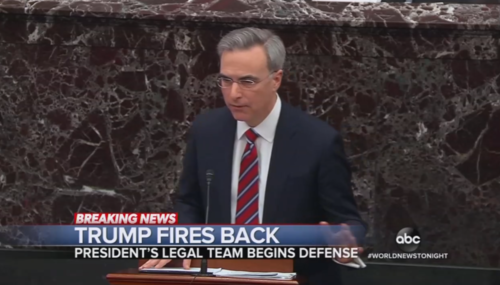 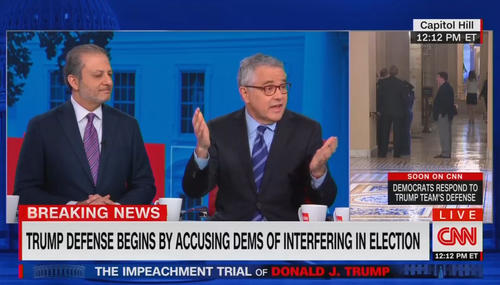 Curtis Houck
January 25th, 2020 2:01 PM
Despite the fact that the leading 2020 Democrats are white, CNN chief legal analyst Jeffrey Toobin attacked President Trump’s legal team for the Senate impeachment trial as “White House and white people” reflecting “the diversity of the two parties” compared to the House impeachment managers. Along with knocking the Trump lawyers as “not spell-binding,” “wandering in the wastelands,” and “weak,”… 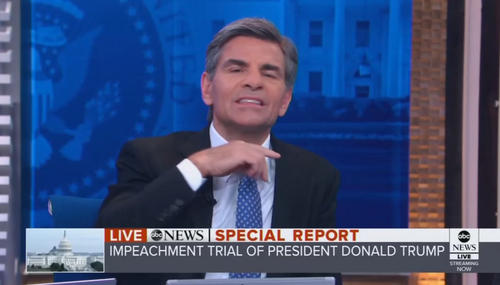 Tim Graham
January 24th, 2020 11:30 AM
Shortly after 3 pm Eastern time on Thursday afternoon, the conservative blog Ace of Spades noted ABC anchor George Stephanopoulos was caught on camera making the slit-the-throat "kill" gesture to cut away from Trump lawyer Jay Sekulow taking press questions. They were nice enough to add "Hopefully MRC or someone will have it later." Challenge accepted. 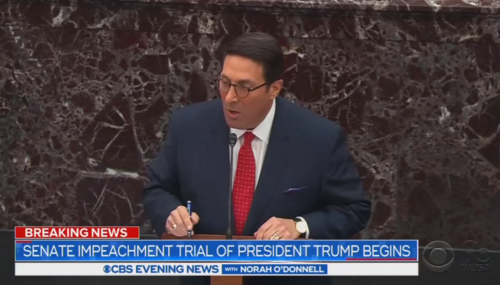 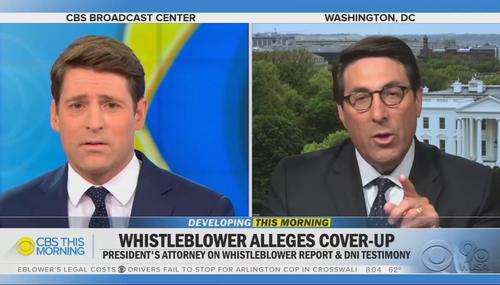 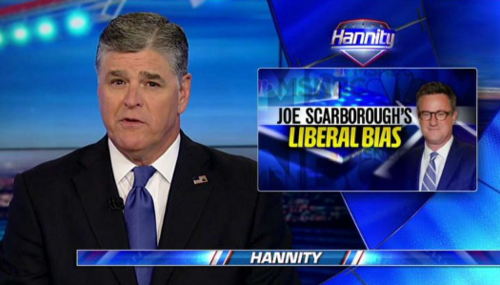 Randy Hall
July 17th, 2017 7:32 PM
It’s certainly no surprise that MSNBC's Morning Joe co-host Joe Scarborough and Sean Hannity, host of his eponymous weeknight show on the Fox News Channel, have been feuding over President Donald Trump and the Republican Party in general. 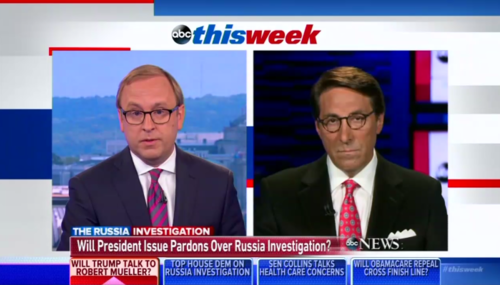 ABC Twists Trump Lawyer’s Words, Claim Pardons Are ‘Not off the Table’

Nicholas Fondacaro
July 16th, 2017 11:08 AM
On Sunday, Jay Sekulow, a lawyer for President Trump, appeared on ABC’s This Week to discuss the latest developments in the Russia story, particularly those involving the President’s son and son-in-law. Towards the end of the interview, Jon Karl pressed Sekulow about the concerns of presidential pardons, citing the worries of Senate Democrat Mark Warner. But no matter how many times Sekulow… 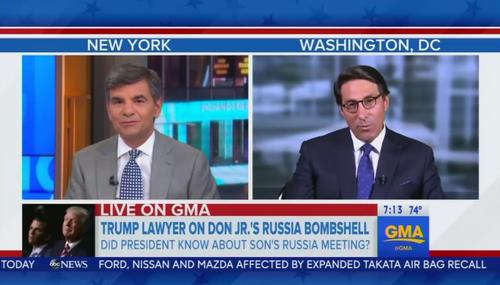 Kristine Marsh
July 12th, 2017 10:50 AM
One of President Trump’s lawyers, Jay Sekulow of the American Center for Law and Justice, made his rounds on the morning shows Wednesday to defend Trump from the media’s accusations that he must’ve known about his son’s meeting with a Russian lawyer in June of 2016. On ABC’s Good Morning America, anchor George Stephanopoulos repeatedly tried to get Sekulow to admit Trump was complicit and would… 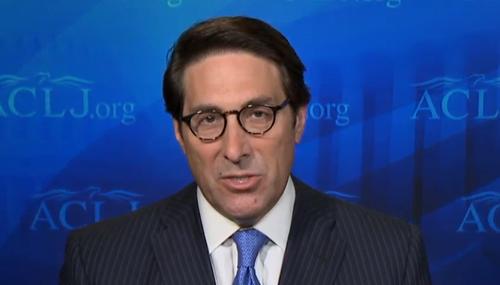 Tom Blumer
July 22nd, 2015 11:18 PM
Earlier today, Geoffrey Dickens at NewsBusters noted how the Big Three morning network news shows on NBC, ABC, and CBS failed to cover President Barack Obama's denial that the Internal Revenue Service ever went after Tea Party and other conservative groups in his appearance on The Daily Show with Jon Stewart. Specifically Obama said that "it turned out no ... the truth of the matter is there was… 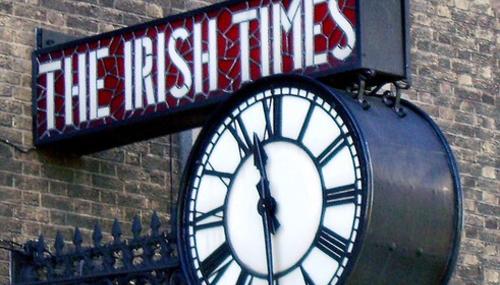 Randy Hall
January 3rd, 2013 10:15 PM
It's no secret that the debate over gun rights has been a contentious one, and that was clearly on display during Wednesday night's edition of Fox News Channel's “Hannity” program. Throughout the segment, the guests -- left-wing attorney Leo Terrell and conservative lawyer Jay Sekulow -- tried to talk over each other to get their points across, but before it was done, Terrell put his hands… 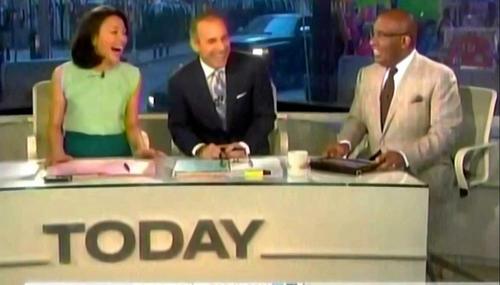 Matt Hadro
April 6th, 2012 1:39 PM
The fact that CNN's senior legal analyst squared off against a conservative legal scholar should be telling for the network's liberal bias. On Thursday night's Anderson Cooper 360, CNN's Jeffrey Toobin was confronted by Jay Sekulow of the American Center for Law and Justice over his defense of President Obama's comments on a pending Supreme Court case. "Jeff, do you know another President of…