Michelle Malkin
July 26th, 2017 11:21 PM
Florida truck driver James Matthew Bradley isn't the mastermind of the human smuggling ring that led to the grisly deaths of 10 illegal immigrants in his rig, which authorities found at a San Antonio Walmart over the weekend. He's just a cog in the machine. Bradley may now face the death penalty for transporting up to 100 people crammed in the trailer of his 18-wheeler. But what… 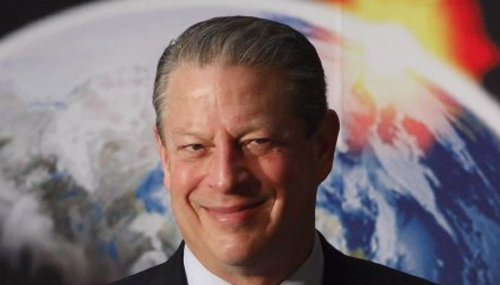 Tom Blumer
January 27th, 2015 11:56 PM
Ever since the publication "Earth in the Balance" in 1992, we've seen the press minimize the public's exposure to the more outrageous ideas and quotes emanating from former Vice President Al Gore. Concerning that original book, Gore's statement that "The internal combustion engine is the greatest enemy of mankind" and his contention that it could and be eliminated… 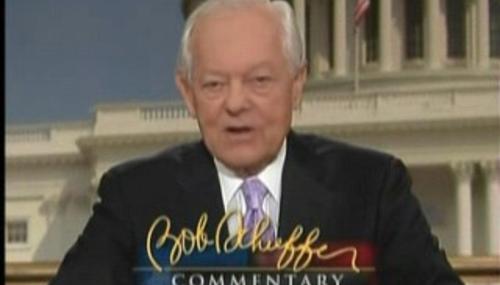 Brad Wilmouth
November 14th, 2010 5:34 PM
On Friday’s CBS Evening News, travel editor Peter Greenberg filed a report in which, without challenge, he passed on Mexican President Felipe Calderon’s charge that America is "the key part of the problem" of drug cartels in his country. And, even though the overwhelming majority of guns seized from Mexican drug cartels are known to originate from countries outside…

Tim Graham
July 28th, 2010 1:43 PM
The TV networks have aggressively demonstrated their dislike of Arizona’s state law “cracking down on illegal immigrants,” a law that “pits neighbor against neighbor.” An MRC review of morning and evening news programs on ABC, CBS, and NBC from April 23 to July 25 found the networks have aired 120 stories with an almost ten-to-one tilt against the Arizona law (77 negative, 35 neutral, 8…

Brad Wilmouth
May 27th, 2010 5:55 AM
On Monday’s The O’Reilly Factor, during the show’s regular "Reality Check" segment, FNC host O’Reilly seemed to pick up on a NewsBusters item which highlighted ABC’s Sam Donaldson and Cokie Roberts defending Mexican President Felipe Calderon using his speech in Congress as a forum to criticize Arizona’s effort to enforce laws against illegal immigration. In their defense of Calderon on…

It's All About the Party Favors

Noel Sheppard
May 21st, 2010 9:41 PM
A California Congressman on Thursday strongly criticized Mexican President Felipe Calderon for his comments about Arizona's new anti-illegal immigration law while also excoriating "the left wing of the White House" and "many Democrats in this Congress" who cheered his remarks.As has been widely reported, Calderon, speaking before a joint session of Congress, said, "I…

Brent Baker
May 20th, 2010 8:33 PM
With “Sharp Words” forming the on-screen graphic, ABC anchor Diane Sawyer on Thursday night championed the domestic gun control argument espoused by a foreign leader trying to shift the blame for his nation's criminal activity, a remark neither CBS nor NBC found newsworthy:Mexico's President Felipe Calderon today challenged a joint session of Congress on gun control, asking that they reinstate a…

Matthew Balan
May 20th, 2010 6:42 PM
On Thursday's Situation Room, CNN's Jack Cafferty blasted President Obama and Mexican President Felipe Calderon for their criticism of Arizona's new anti-illegal immigration law, stating that the two were "whining" about the law. Cafferty singled out Calderon for having "a lot of nerve...complaining" about the Arizona law and labeled Congress's standing ovation for the Mexican…

Scott Whitlock
October 8th, 2007 12:44 PM
On Monday's "Good Morning America," co-host Diane Sawyer reported live from Mexico and repeatedly blamed U.S. rage for much of the controversy over illegal immigration. After introducing a segment on the problem, Sawyer lectured, "So a lot of Americans are erupting in anger. While others say, 'Who are we kidding? It's too late to complain.'" Sawyer then opined that efforts to…