Curtis Houck
At CNN, the once-proud network has ceased becoming a true news organization with a distinct line between anchors/hosts vs. analysts vs. commentators vs. reporters, but instead a place in which all groups provide up hot takes and snide remarks. And that was on display during Tuesday afternoons’s CNN Newsroom as host Brooke Baldwin and New Day’s Alisyn Camerota cheered the far-left… 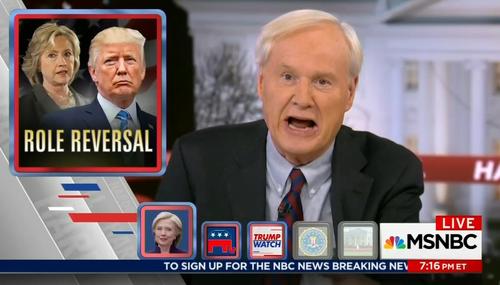 Curtis Houck
It’s that time of the year as seemingly every news organization offers reflections on the top stories of 2018. But no year-in-review compilation would be sufficient for a site like this one without a post dedicated to the buffoonery offered to the masses by MSNBC’s Hardball host Chris Matthews. Following previous wrap-ups at the end of 2016 and 2017, 2018 offered dozens of… Tim Graham
The "independent fact checkers" at PolitiFact displayed their liberal stripes again this week by hailing the liberal student activists of Parkland High School as their victimized heroes of their 2018 "Lie of the Year." The "online smear machine" that tired to "take down Parkland students" was singled out as the very worst. Tim Graham
Beth Baumann at Townhall reported leftist filmmaker Michael Moore brought along David Hogg and other Parkland High liberal activists to the premiere of his new anti-Trump documentary Fahrenheit 11/9 at the Toronto International Film Festival. The film, designed to mobilize the Left to vote in the midterms, comes out on September 21. Hogg told the Canadian crowd they needed to get out and vote --… Clay Waters
Lisa Miller wrote an embarrassingly obsequious profile of the incredibly vulgar and aggressive anti-gun student activist David Hogg for the August 20 New York Magazine, as Hogg's 15 minutes of fame continues after the deadly school shooting in Parkland, Fla.: "Like so many young men in so many foxholes before him, Hogg discovered in himself a powerful drive not to leave this Earth… Clay Waters
Under the pretense of journalism, reporter Maggie Astor provided some public relations with the valuable New York Times-imprimatur for the children’s crusade for gun control (and a laundry list of made-up left-wing issues like “systems of oppression”) in Thursday’s lead National story, “Speakers, Students, Activists, Survivors – On the road with teenagers from… Tim Graham
On June 20, Jimmy Fallon welcomed teenage school-shooting survivors David and Lauren Hogg to promote their new gun-control manifesto, #NeverAgain: A New Generation Draws the Line. David Hogg told Fallon he survived the shooting by recording other students and planning on how, if he died, his voice could still echo for "positive change" in Congress. Kristine Marsh
On Tuesday's Good Morning America, fill-in anchor David Muir held a sympathetic sit-down interview with Parkland activist David Hogg and his sister Lauren to promote their anti-gun activism movement called #NeverAgain. Muir pretended that Hogg had never been nasty to people who disagreed with him politically, and actually asked him what lessons he could share about how to deal with critics,… Brad Wilmouth
After President Donald Trump spoke to the National Rifle Association convention on Friday, CNN has not surprisingly reacted by bringing on liberal gun control activists and given them a mostly unchallenged forum to promote their agenda and bash gun rights supporters. On Friday night, Anderson Cooper spoke with Parkland student activists David Hogg and Cameron Kasky, and, the next morning, host… 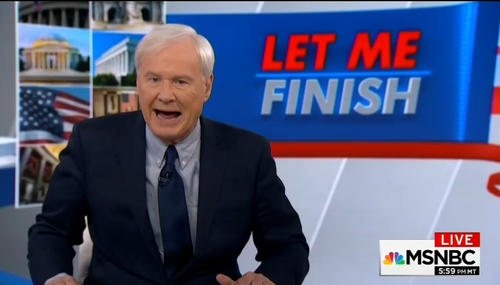 Curtis Houck
Throughout Thursday’s Hardball, MSNBC host Chris Matthews teased a “Let Me Finish” commentary to end the show about the 243rd anniversary of the start of the American Revolution with the Battles of Lexington and Concord. However, such sanity quickly eroded as Matthews linked the actions and ideals fought on that idea to the anti-gun, far-left Parkland students. Rich Noyes
A funny thing has happened since the Left began its campaign to drive Fox News host Laura Ingraham off the air: Her ratings are up, a lot — by more than 20 percent compared to her last week on the air before the current controversy began. Randy Hall
Even though Laura Ingraham has returned from vacation and hosted Monday night’s edition of The Ingraham Angle on the Fox News Channel, the criticism of her claim that Parkland gun activist David Hogg “whined” about not being accepted by a prestigious university continued, with the latest salvo coming from Daniel D’Addario, a TV critic for TIME magazine. Jeffrey Lord
Well that didn’t take long. My prediction was made in this space on October 28, 2017. The headline: "Laura Ingraham: New Fox Star, New Left-Wing Target." In which I said the following of the Fox announcement that Laura Ingraham- she the radio talker, ex-Reagan staffer, Justice Clarence Thomas Supreme Court clerk and all-around conservative superstar - would be hosting a new…