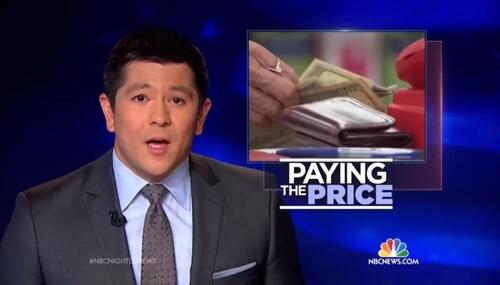 Alan Grayson's KKK Smear of Tea Party Is Avoided By Networks, But Chid

Scott Whitlock
October 23rd, 2013 12:32 PM
All three networks on Tuesday night and Wednesday morning avoided discussing Congressman Alan Grayson's smear of the Tea Party as just like the Ku Klux Klan. In a new fund-raising e-mail, the controversial Democrat linked the grass roots organization to violent racists, complete with a burning cross. CBS and NBC made no mention of the attack. The reporters on Good Morning America ignored the… 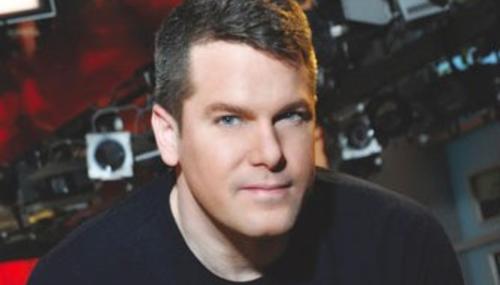 Tim Graham
September 6th, 2013 7:22 PM
Ultraliberal Congressman Alan Grayson was interviewed on Thursday’s PBS NewsHour, and struck a fierce pose against missile strikes in Syria in a peace-sign tie. Anchor Jeffrey Brown repeatedly questioned how cavalier Grayson seemed in protecting a president of his own party. From Obama’s corner, Brown began by asking what kind of message inaction would send to Syria. Grayson said “if you… 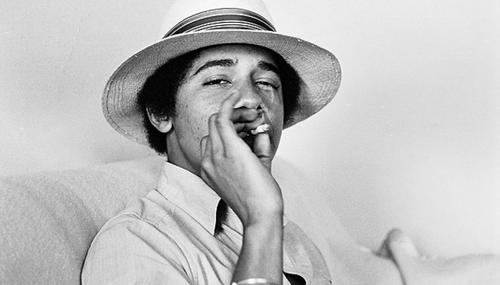 MSNBC's Hayes: 'Morally Obtuse' for Grayson to Say Syria 'Not Our Prob

Brad Wilmouth
September 6th, 2013 5:21 PM
On Thursday's All In show, as he hosted Democratic Rep. Alan Grayson and MSNBC contributor Karen Finney to debate whether President Obama should attack Syria, MSNBC host Chris Hayes declared that it "sounds a little morally obtuse" for Grayson to use the words "not our problem" as he argued against intervention in Syria. Referring to an interview with Secretary of State John Kerry from… 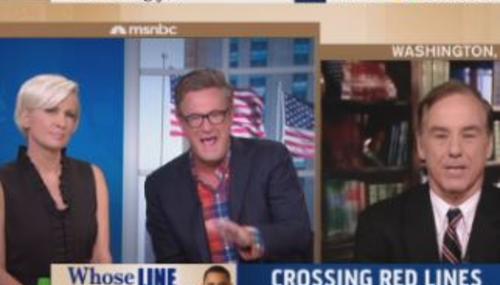 Jack Coleman
September 4th, 2013 7:00 PM
Politics, we're often told, is the art of the possible. The potential for American intervention in the Syrian civil war is stretching what previously was believed scarcely possible. Liberal Democratic congressman Alan Grayson of Florida, one of the party's most strident voices, a man who once said GOP policy on health care boils down to wanting you to "die quickly," finds himself inexplicably… 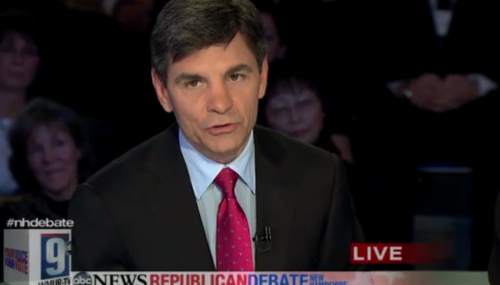 Nathan Roush
August 7th, 2013 10:12 PM
It seems as if Al Sharpton is struggling to find talking points after his continuous coverage of the Zimmerman case and rants claiming racism have begun to fall on deaf ears. On his Politics Nation program on Tuesday, the Rev. turned to mocking Republican congressmen while berating the GOP in general. [Link to the audio here] In defense of the Affordable Care Act, Sharpton claimed that every GOP… 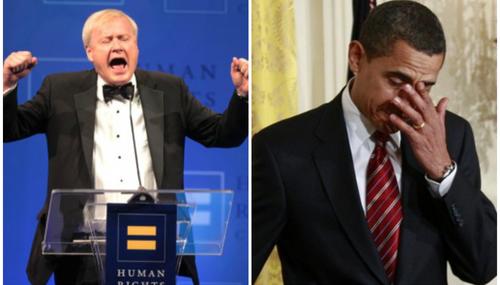 Scott Whitlock
June 18th, 2013 5:48 PM
MSNBC's Martin Bashir on Tuesday snarled at a fellow liberal, Congressman Alan Grayson, for daring to compare the National Security Agency's spying program to Nazi Germany. This is the same Bashir who, on January 14, 2013, compared conservatives to Hitler. Linking Grayson to the dreaded National Rifle Association, Bashir attacked, "The NRA says a bill which prohibits a gun registry is… 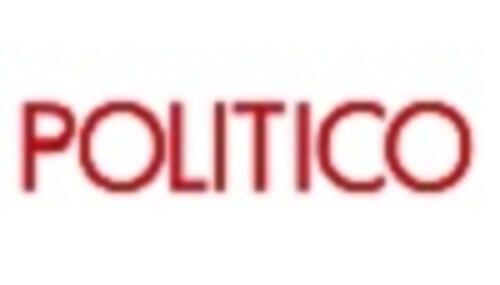 Matt Vespa
November 1st, 2012 12:49 PM
Stop you if you heard this one: A slip-and-fall lawyer turned liberal Democrat politician running for Congress attends a fundraiser wherein numerous comedians crack jokes predicated on rape. You haven't heard it? Maybe that's because the broadcast networks have failed to pick up the story. Yes, the same media outlets that made sure Richard Mourdock and Todd Akin were household names are… 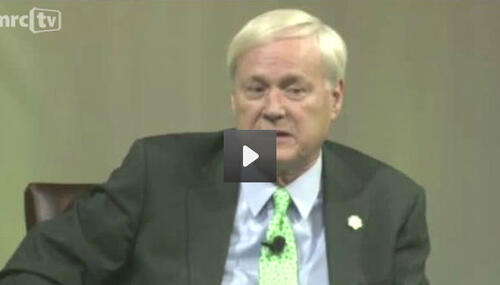 Jack Coleman
May 24th, 2012 10:50 PM
This one is bizarre even for Ed Schultz. First he condemns Republican congressman Mike Coffman of Colorado for saying President Obama is "not an American" and expressing doubts about Obama's citizenship. (audio clips after page break) 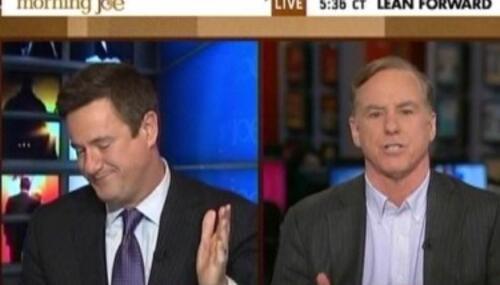 Mark Finkelstein
January 25th, 2012 9:19 PM
Go ahead, call it shooting fish in a barrel.  As soon as Ed Schultz mentioned at the top of his MSNBC show this evening that Alan Grayson would be a guest, you knew the former Dem congressman from Florida would say something outrageous. Sure enough, the guy who was roundly defeated last time around—but is giving it another go—delivered, claiming that Newt Gingrich is running "the most… 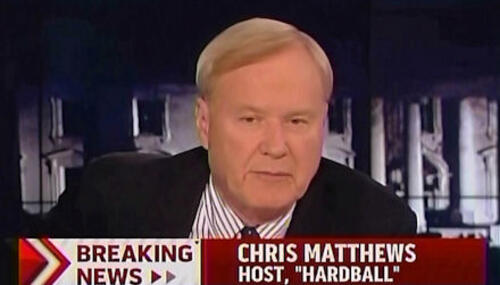 Jack Coleman
January 25th, 2012 12:52 PM
Liberals love substituting the word "choice" for abortion in their futile attempt to render it bloodless. Liberals despise when those they consider allies "choose" to reconsider their enthusiasm for abortion. (video clip after page break) 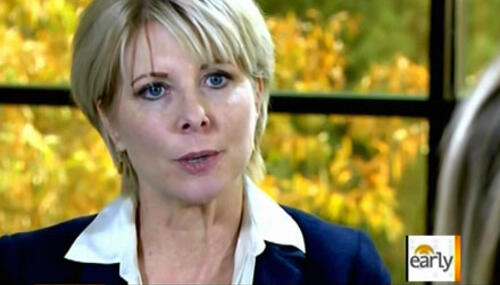 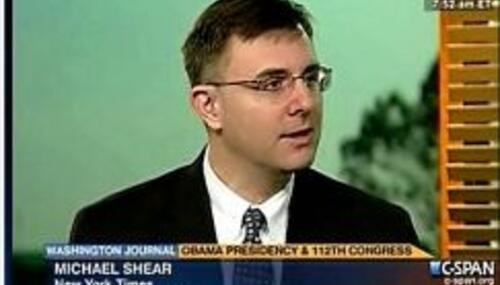 Mark Finkelstein
November 17th, 2011 8:50 PM
For a guy Al Sharpton introduced as a "warrior for the 99%," Alan Grayson's got a weird way of showing it.   One of the richest members of Congress--till his constituents showed him the door in 2010--on Sharpton's MSNBC show this evening liberal Dem Grayson twice described the 99% as "sheep."  Video after the jump. 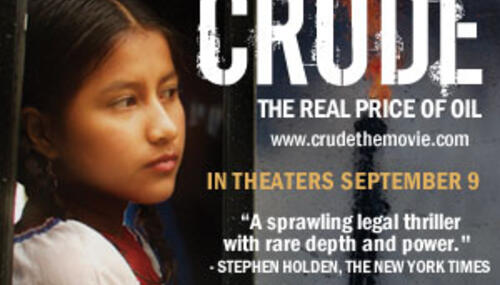 Clay Waters
January 4th, 2011 9:59 AM
Democrat Rep. Alan Grayson of Florida, the fiery leftist and Republican hater whose offensive comments about Republicans may well have cost him his seat last November, gets a fairly fond send-off in Monday's New York Times. Reporter Michael Barbaro, previously known for his hostile coverage of Wal-Mart, called Grayson the “pugnaciously partisan, verbal-bomb-tossing, liberal folk hero of the… 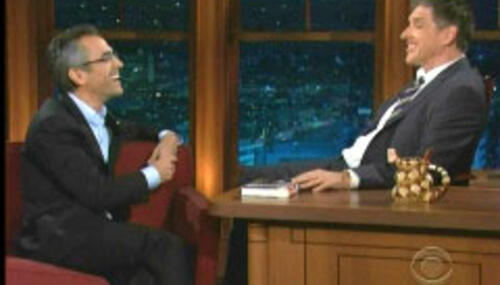 Lawrence O'Donnell and Other Liberals Make a Fool of Rep. Alan Grayson

Noel Sheppard
December 9th, 2010 1:57 AM
For the second night in a row, MSNBC's Lawrence O'Donnell exposed a prominent liberal for being totally ignorant about the tax code. His victim on Wednesday's "The Last Word" was liberal media darling Rep. Alan Grayson (D-Fla.), and this time O'Donnell had some assistance from two very unlikely participants (video follows with partial transcript and commentary):