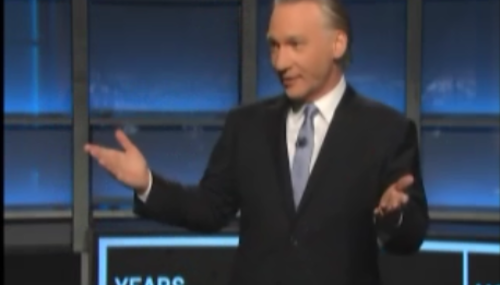 Tim Graham
April 15th, 2011 9:59 PM
PBS fans love how the show Washington Week is such a peaceful regurgitation of the conventional liberal media wisdom. But there are times in the calm that you wonder what world these liberals are living in. For example, the show's host, Gwen Ifill, seems to think it's plausible that President Obama -- the man who's made trillion-dollar-plus deficits a routine -- could take the…

N.Y. Times Reporter Won't Grade Obama on Economy: 'It's Too Early to S

Tim Graham
September 30th, 2010 3:38 PM
It’s one thing for the Obama administration to refuse to admit that throwing more than $800 billion in so-called “stimulus” at the recession hasn’t worked. But on Friday night’s Washington Week roundtable on PBS, New York Times national correspondent Jackie Calmes accepted the idea that “it’s too early to say” how Team Obama should be graded while unemployment remains high. That’s called…

Only ABC Credits 'Surge' for Allowing Obama's Troop Draw Down

Brent Baker
February 27th, 2009 8:47 PM
In Friday night stories on President Barack Obama's plan to reduce troops in Iraq by 90,000, neither the CBS Evening News nor NBC Nightly News mentioned a key factor raised by ABC reporters Jake Tapper and Martha Raddatz. On ABC's World News, over video of Tapper standing at Camp Lejeune with the Secretary of Defense and the Chairman of the Joint Chiefs, Tapper noted: “Defense Secretary [Robert]…

Jeff Poor
January 26th, 2009 1:27 PM
If you were dying to know what Gwen Ifill was thinking when the controversy arose about her so-called Obama book and how that might have effected her ability to moderate the 2008 vice-presidential debate - now's your chance. Ifill, the host of PBS's "Washington Week" appeared at the Politics & Prose bookstore in Washington, D.C. on Jan. 24 to promote her new book, "The…

Brent Baker
December 5th, 2008 9:29 PM
In the midst of a discussion about President-elect Barack Obama's national security team, Washington Week host Gwen Ifill on Friday night's program sought confirmation for her theory that “what people are beginning to say is that this President-elect should be President now” as “people are saying why isn't Barack Obama leading the fight about the auto-makers?” New York Times reporter Peter Baker…

Broder Baffled Why Bush 'Against Providing Health Insurance for Kids

Brent Baker
July 30th, 2007 12:41 AM
Washington Post reporter and columnist David Broder, known as the “dean” of the Washington press corps, perfectly encapsulated, on Friday's Washington Week on PBS, the media establishment's more government spending is the answer to everything attitude when he acted bewildered as to how anyone could oppose a massive expansion of a federal health insurance program. When host Gwen Ifill raised how “…

Brent Baker
July 7th, 2006 10:08 PM
On Friday's Washington Week on PBS, taped at the Aspen Ideas Festival (“Inspired Thinking in an Idyllic Setting”), when asked by host Gwen Ifill about hateful speech in politics and directed at journalists -- “Is that polarization real or is it just people blogging?" -- NBC News reporter Andrea Mitchell charged that “the kind of hateful speech that we have seen...in a lot of the blogosphere…

Brent Baker
June 16th, 2006 9:59 PM
Friday night PBS chat shows delivered a couple of slams from journalists at President Bush over his surprise trip to Baghdad early this week. After Richard Keil of Bloomberg News, who accompanied the President’s entourage, described some of the security precautions taken, Washington Week host Gwen Ifill cited “excessive security” as she derided the trip: “I wonder to what degree anybody in the…