"It's important for us to pause for a moment and make sure that we're talking with each other in a way that -- that heals, not in a way that wounds." -- President Obama, speech at Tuscon memorial service, January 12, 2011.

"The [Suskind] book amounts to a drive-by shooting of a president and his key economic advisers who deserve encomiums, not unfounded second guessing and inaccurate revisionist history." -- Former Obama car czar Steve Rattner, writing at the Politico, October 2, 2011 [emphasis added].

Where have you gone, President Hope-and-Change? Less than nine months after President Obama pronounced pious words about talking "in a way that heals, not in a way that wounds," the Obama White House sends out a designated hitter to accuse a respected author of a "drive-by shooting" of the president and his advisers.  Nice. [Via Mike Allen's Politico Playbook.]

Suskind: Same People Attacking Me For Writing About Obama Praised My Bush Books

One of the finest recent examples of liberal media bias has been the press's hostile treatment of author Ron Suskind for having the nerve to write a book critical of the Obama administration.

As Suskind told CNN's Howard Kurtz Sunday, these are "[m]any of the folks who were praising me mightily during the Bush era" for books criticizing the previous president (video follows with transcript and commentary):

Appearing on HBO's "Real Time," Harman responded by noting that Maher had just minutes before discussed with author Ron Suskind the sexist treatment of women in the Obama White House, and then said, "I want to point out that the last time I was on this show, there were lots of women on. This time, I'm it. I'm blonde. Hey" (video follows with transcript and commentary):

While co-host Ann Curry on Tuesday's NBC "Today" wondered if Ron Suskind's "Confidence Men" was "fact or fiction," on August 5, 2008, then-co-host Meredith Vieira touted Suskind's claim in "Way of the World" that the Bush administration's case for the Iraq war was "worse than Watergate."

Speaking of Suskind's latest work on Tuesday, Curry described how Obama administration "top officials are lining up to say they were either misquoted or taken out of context by the author." She then wondered: "Did he get the story right?"

Update: Video added after the jump.

Working hard to run defense for the Obama administration on Tuesday's NBC Today, co-host Ann Curry interrogated journalist Ron Suskind on his new book critical of the White House and announced she wanted to go through unflattering parts of the book "one by one," while using Obama Press Secretary Jay Carney-approved talking points to discredit it. [Audio available here]

Curry began the interview with Suskind, author of "Confidence Men," by touting White House claims that the Pulitzer Prize winner plagiarized some background information in the book from Wikipedia: "Did you or did you not lift that passage from Wikipedia?...How do you account it for being so similar?"

Only ABC Touts 'Bombshell' Charges Against Obama in New Book

A new book alleging sexism, dissension and incompetence inside the Obama White House has, thus far, only gotten major coverage on one network, ABC. Good Morning America's George Stephanopoulos on Monday proclaimed that the "bombshell book" is sending "shock waves through the White House."

The morning shows on NBC and CBS skipped the allegations in Ron Suskind's "Confidence Men." However, on the September 19 GMA, Jake Tapper provided a full breakdown of the allegations, explaining, "Damning details about the Obama White House fill the pages of 'Confidence Men.'"

Pinkerton: 'There’s a Strange Thing Happening in the Media' - Liberals Have Concluded Obama's a 'Turkey'

As NewsBusters has been reporting, Barack Obama's sycophants in the press are really starting to lose that loving feeling.

Driving this point home was the "American Conservative's" Jim Pinkerton Saturday who said on "Fox News Watch," "There’s a strange thing happening in the media which is, I think, liberalism has sort of concluded that Obama is kind of a turkey, and they're sort of trying to distance themselves from him" (video follows with transcript and commentary):

By Jack Coleman | August 3, 2009 8:27 PM EDT
It's shabby but in character when liberals won't extend the presumption of innocence to those whose politics they disdain, as when calling for that undisputed war criminal George W. Bush to be hauled in shackles before a tribunal at The Hague.

That much shabbier and still in character when liberals extend the presumption of innocence to terrorists after they've been convicted.

On July 24 the New York Times ran a story claiming that then-Vice President Dick Cheney wanted to send federal troops to the Buffalo, N.Y., suburb of Lackawanna in the summer of 2002 to arrest suspected terrorists who came to be known as the Lackawanna Six.

It's not often I hear three jaw-dropping claims in the course of a single day.

On "The Rachel Maddow Show," this can happen in a matter of minutes, especially when author Ron Suskind is the guest.

The only things certain in life are death and taxes, Franklin famously observed.

As NewsBusters has been reporting since early August, mainstream media members predictably gushed over author Ron Suskind's allegations that the Bush administration ordered the CIA to forge a letter showing a connection between Saddam Hussein and al Qaeda.

On Friday, both the CIA and its former director George Tenet refuted this and other claims Suskind made in his book "The Way of the World."


Given their fervor to report Suskind's views, it should be interesting to see how much attention these high-profile rebuttals get.

With that in mind, here's what the CIA had to say (h/t NBer Beresford):

Did Ron Suskind Make Stuff Up About Bush's Brain? 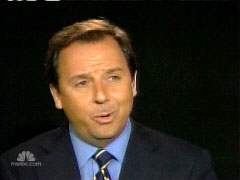 While the networks avoid anti-Obama authors – perhaps implying to the folks at home that their facts are disputable – they honored anti-Bush author Ron Suskind with booming "bombshell" (or "gasoline on the fire") reports as he made wild claims that Team Bush forged a letter to make the case for war.