Randy Hall
A common complaint from people in the “mainstream media” is that President Trump gives special access to correspondents at the Fox News Channel while slamming other outlets as “the enemy of the people” because they produce “fake news.” However, these reporters often ignore the fact that the Republican occupant of the White House also makes regular connections… 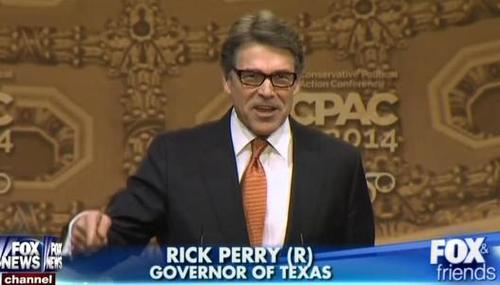 Geoffrey Dickens
If his 2012 presidential run is any indicator, Rick Perry’s jump into the 2016 presidential race will bring about a flurry of the liberal media’s favorite pejoratives to hit Republicans with. Racist? Anti-science? Religious bigot? Gun nut? Heartless cutter of programs for the poor? You name it, the former Texas governor was called it by his haters in the leftist press. Politico Editor: With Gun Control 'Obama Is Risking the Opportunity to

Noel Sheppard
As the gun-hating media encourage Democrats to push for tighter firearms restrictions, most of them have ignored the political realities inherent in such legislation. That's why it was surprising to see Politico editor-in-chief John Harris say on Sunday's syndicated Chris Matthews Show, "Among the dynamics that President Obama is battling is not just the NRA’s opposition… Tom Blumer
For sheer arrogance and self-importance, it's pretty hard to top a pair of political pundits at Politico on the power they  believe media "insiders" have to tell Americans what Mitt Romney really said and meant in his nomination acceptance speech at the Republican convention Thursday night. I daresay that most Americans, almost six years after the web site's founding (… Chris Matthews: Romney Is 'Weird' Because He Joked About Someone Grabb

Noel Sheppard
The gang on this weekend's syndicated Chris Matthews Show actually spent a considerable amount of time advancing the media contention that presumptive Republican presidential nominee Mitt Romney is "weird." As evidence, the host said the former Massachusetts governor's "sense of humor is definitely somewhere out there for most people" citing a June 2011 incident…