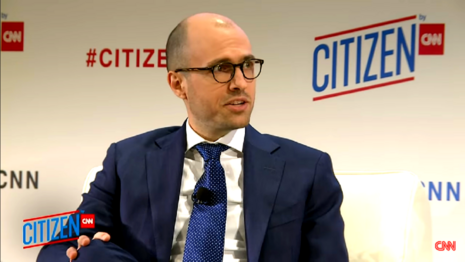 Harris makes no secret of his complete dislike of Palin in "The Cynical Spectacle of Sarah Palin’s Lawsuit Against the New York Times." Absolutely no surprise there. Also no surprise that Harris thinks that the former (fired) Times editorial page editor, James Bennet, is an admirable person. The big news is that the lawsuit's discovery process revealed Sulzberger as a contemptible moral coward for forcing the resignation of Bennet for the "crime" of publishing an op-ed by Senator Tom Cotton that the newsroom's woke crowd found intolerable:

Meanwhile, Bennet is being defended by a news organization that made a panicky decision to force his resignation rather than defend him against an attack from the left, led by many of its own staff members. The trial’s discovery process made clear that Times publisher A.G. Sulzberger had pressed Bennet to make his page a bolder, faster, more surprising place. Take more risks, he urged Bennet in a job review. Then he tremblingly raced for the exits when some of those risks had uncomfortable results.

Compare that to what Harris said about Palin and by contrast his slam against her does not sound so bad:

Palin’s motives are not genuinely about seeking redress for a factual error that was quickly corrected. She knows the whole episode has enhanced, not damaged, her reputation with the partisans on whom her political and financial fortunes depend. Her target is less Bennet than the news organization her confederates on the right have seethed over since the Nixon era. Others cheering her case hope to weaken the legal protections benefiting all journalists.

Put those two critiques side by side. Which would you prefer? Being slammed for not having genuine motives or being branded as a sniveling moral coward? I think most would take the former criticism.