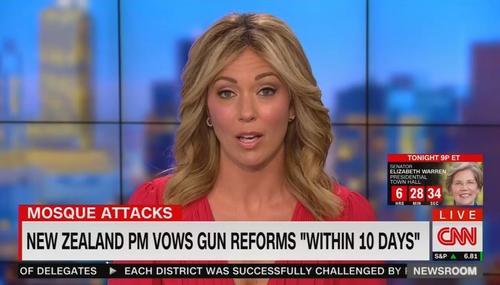 Brad Wilmouth
March 20th, 2019 7:05 PM
As CNN anchors have repeatedly over the last several days made a point of highlighting vows by New Zealand's prime minster to enact new gun control quickly in response to the recent mosque attacks, CNN Newsroom host Brooke Baldwin went so far as to give a commentary suggesting that U.S. lawmakers have failed by not behaving more like New Zealand. 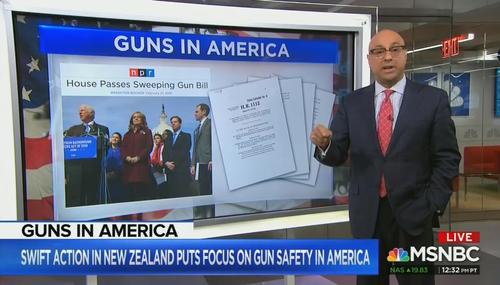 Cal Thomas
March 19th, 2019 3:51 PM
Last week in New Zealand, a self-avowed white supremacist targeted two mosques and streamed his bloody killing spree on social media. There are at least three condemnations that should result from the massacre. The first condemnation is for the act itself. The callous slaughter of people at prayer is part of an age that has devalued life, from unrestricted abortions, to street shootings and other… 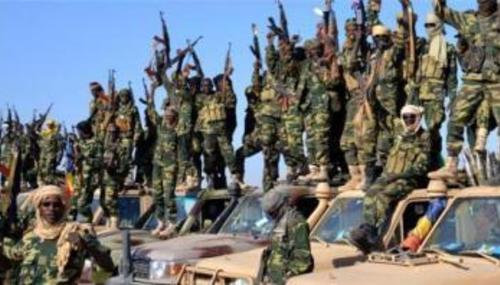 The Other Massacre: Nets Silent on Killing of Nigerian Christians

Culture
Matt Philbin
March 19th, 2019 3:00 PM
People in and out of media are having a useful discussion these days: Since it’s clear terrorists like the animals in Christchurch want recognition, what is the appropriate way to cover their outrages? How much information should be available about the murderers and their intentions? When it comes to more routine outrages that happen across the Third World, the question for the media is… 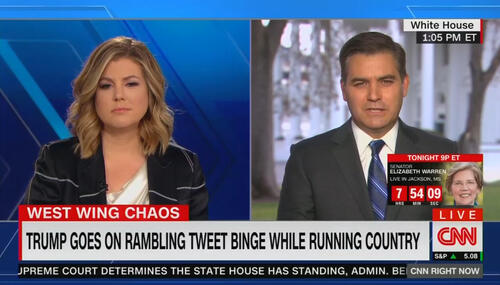 Curtis Houck
March 18th, 2019 3:26 PM
In light of President Trump’s weekend of tweeting about seemingly everything (and no further tweets about New Zealand since Friday afternoon), CNN returned to one of its favorite storylines with an assist from George Conway, which is that the President isn’t a stable person and might have a mental illness that makes him unworthy of the presidency. CNN Right Now was one such show and… 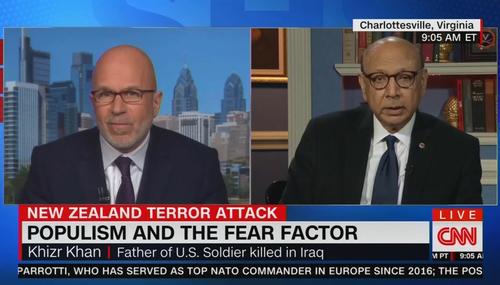 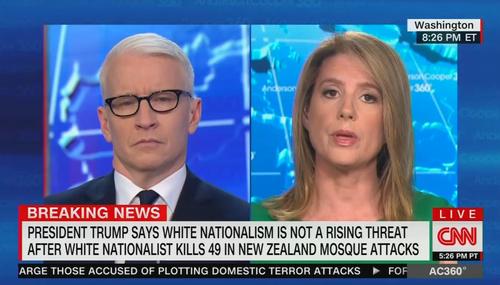 Ryan Foley
March 16th, 2019 4:43 PM
Throughout the morning on Friday, CNN repeatedly tied the mosque shooting in New Zealand to President Trump. This type of coverage continued well into the primetime hours; with guests on Anderson Cooper 360 comparing President Trump to a white supremacist as well as the shooter that killed dozens of Muslims in New Zealand. 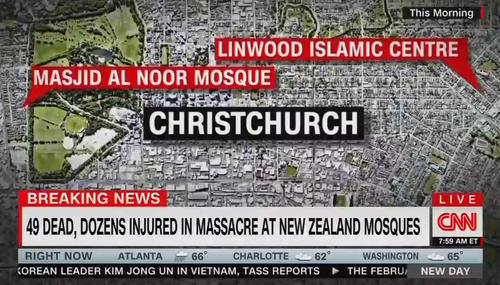 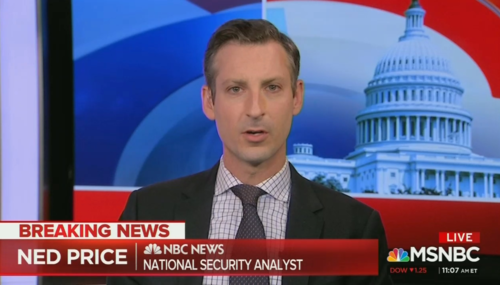 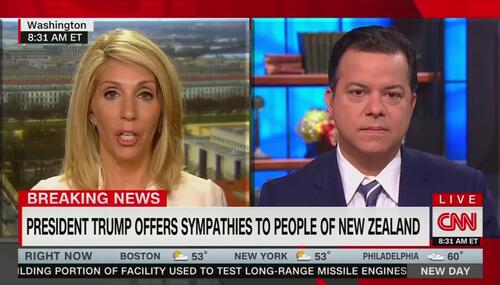 Dana Bash: Trump Riling Up His Base Also Riles Up ‘Nut Jobs’

Kristine Marsh
March 15th, 2019 12:35 PM
Even if a shooting happens in another country, the anti-Trump media here at home are quick to put the blame entirely on President Trump. After the horrific massacre at two mosques in New Zealand, CNN’s Dana Bash and John Avlon complained that Trump’s rhetoric was responsible for the alleged suspect’s violent act of terrorism, which killed 49 people. Bash made a direct link… 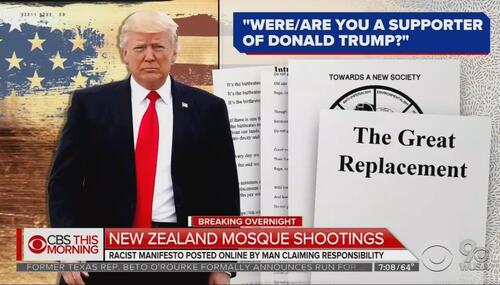 Scott Whitlock
March 15th, 2019 10:37 AM
Hours after a white nationalist terrorist in New Zealand murdered at least 49 Muslims at a mosque, CBS This Morning on Friday jumped at the opportunity to hype any connection between the killer and Donald Trump. Reporter Nikki Battiste admitted that “CBS News has not been able to confirm” all the details of a manifesto apparently posted by the shooter. But that didn’t stop… 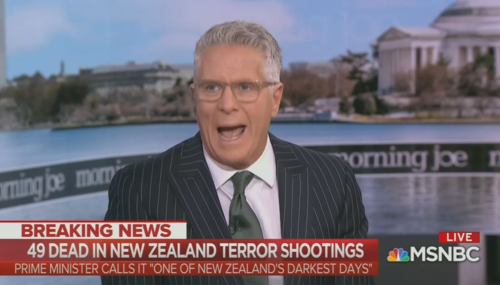 Deutsch: Trump Statement Might Be Weak Because Muslims Are the Target

Mark Finkelstein
March 15th, 2019 6:52 AM
On Morning Joe, Donny Deutsch suggests President Trump might issue a weak condemnation of the New Zealand mass shooting because Muslims were the target. 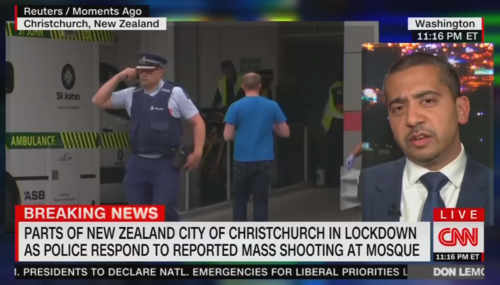 Nicholas Fondacaro
March 15th, 2019 12:42 AM
Minutes after news broke of a tragic shooting in at least one mosque in Christchurch, New Zealand during the second hour of CNN Tonight, Intercept columnist Mehdi Hasan claimed that “far-right terrorism” was on the rise in the United States and blamed President Trump for attacks both here and abroad.