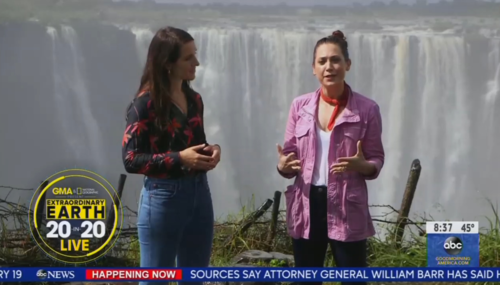 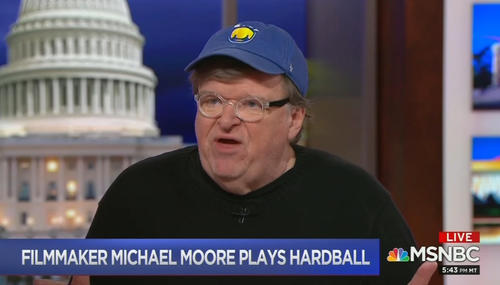 Curtis Houck
October 22nd, 2019 9:53 PM
Far-left filmmaker Michael Moore joined MSNBC’s Hardball and host Chris Matthews on Tuesday to not only trumpet his endorsement of Bernie Sanders (despite previous skepticism about the 2020 field) but offer the hideous claim that white Trump voters of all economic stripes are racist on the level of pro-apartheid South Africans. This ugly comparison came about part way through the block thanks to… 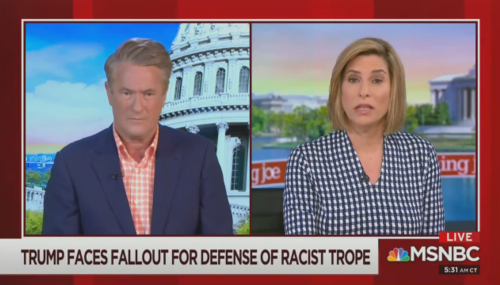 This MSNBC Republican Confesses: 'I Hate to Give Ivanka Any Credit'

Mark Finkelstein
July 19th, 2019 8:32 AM
Here's a working definition of an "MSNBC Republican:" one who is loath to say anything good about anyone associated with President Trump. Susan Del Percio gave a perfect illustration of the genre on today's Morning Joe. Discussing President Trump's disavowal of the "send her back" chant at his recent North Carolina rally, Del Percio said: "We hear—and I hate to give her any real credit—but we…

It’s Time for Ingrates to Go

Michelle Malkin
February 6th, 2019 6:24 PM
Crying “hate” is a lazy way to debate. But in the Beltway, where honest discussion and vigorous deliberation are desperately needed, the rhetorical sloth is so thick you need a Big Foot circular saw to cut it. Take Minnesota Democratic Rep. Ilhan Omar, who thrust a Liberian immigrant, Linda Clark, into the limelight as her State of the Union special guest and poster child. “She has lived here… 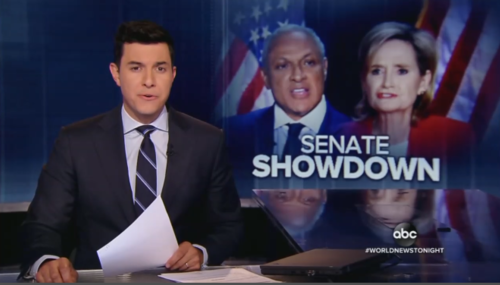 Nicholas Fondacaro
November 21st, 2018 9:07 PM
The final race of the 2018 midterms will be held next Tuesday in Mississippi between Republican favorite Cindy Hyde-Smith and Democrat Mike Espy. The liberal media have been desperately trying to turn the tide by smearing Hyde-Smith with charges of racism over mostly innocuous things. And they’ve been turning a blind eye Espy’s ties to an African despot on trial for war crimes in the… 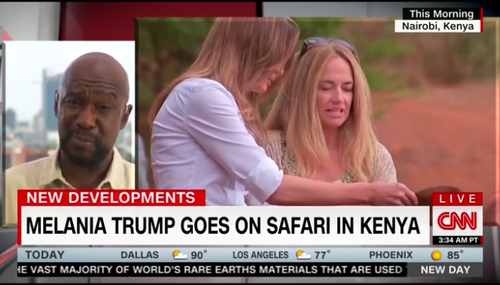 CNN on Melania's Kenya Visit: 'African Queen--Stylist Should be Proud'

Mark Finkelstein
October 5th, 2018 7:57 AM
CNN international correspondent Farai Sevenzo says of First Lady Melania's Trump visit to a Kenyan game reserve: "she was dressed, really, in the classic Out of Africa by Sydney Pollack way, or even John Huston's, The African Queen: the jodhpurs, the boots. The color was all there. The stylist should be very proud of himself." 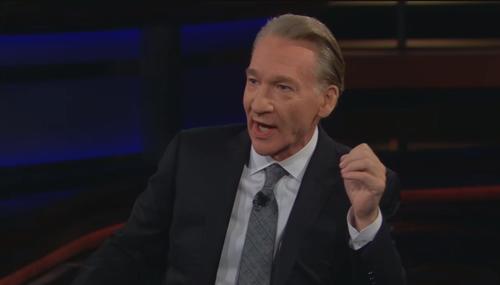 Walter E. Williams
September 5th, 2018 12:49 PM
South Africa has been thrown into the news because of President Donald Trump's recent tweet that he instructed his secretary of state to "closely study" alleged land seizures from white farmers in South Africa. Earlier this year, a land confiscation motion was brought by radical Marxist opposition leader Julius Malema, and it passed South Africa's Parliament by a 241-83 vote. Malema has had a… 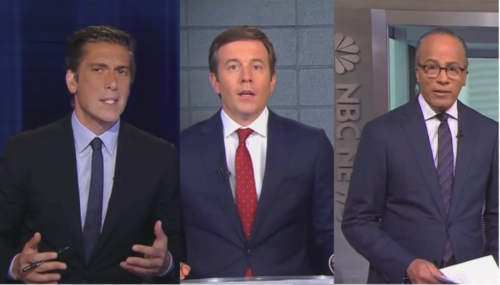 Bill D'Agostino
August 20th, 2018 9:41 PM
The South African government has begun seizing land from white farmers, following an August 1 ruling which amended that nation’s constitution to legalize the practice. Despite the disturbing ramifications of this human rights abuse at the hands of a foreign government, both cable and network news have remained stubbornly silent on the issue. 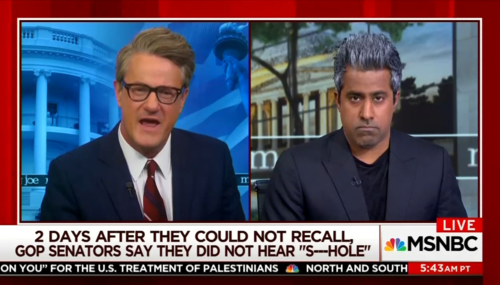 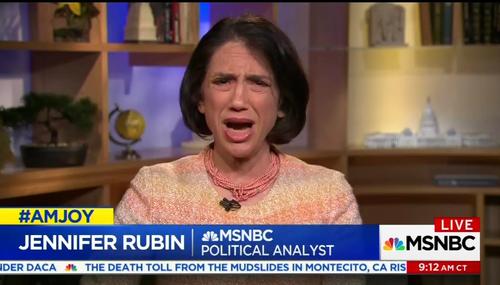 Brad Wilmouth
January 14th, 2018 3:37 PM
On Sunday's AM Joy on MSNBC, as frequent guest Jennifer Rubin was finally being credited as an "MSNBC political analyst," the alleged "conservative" Washington Post columnist demonstrated that she will continue to use her new MSNBC contributor status to deliver liberal analysis as she demonized a Republican guest by asking her if she is an "inhumane beast" who was "raised by wolves." 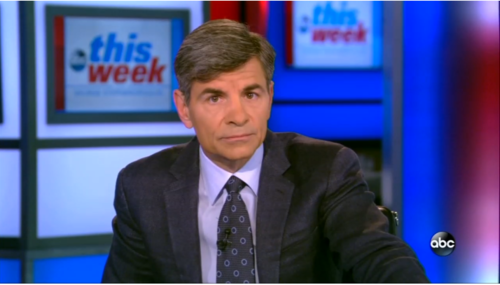 Nicholas Fondacaro
January 14th, 2018 12:06 PM
ABC Clinton lackey George Stephanopoulos stepped up the liberal media’s condemnation of President Trump during Sunday’s This Week by heinously exploiting the heroic death of a U.S. soldier to take a snide shot at the President for his recent immigration comments.