It's bad enough, as Bryan Ballas at NewsBusters noted on May 16, that the Washington Post's Philip Bump dishonestly used last week's Amtrak tragedy to rip Republican members of Congress for somehow being responsible for the (theoretically) for-profit entity's "constant struggle" for funding.

As Sean Davis at the Federalist explained, Amtrak has really had no funding struggles. Bump had to make things up to create that impression, and even when caught, issued a "clarification" containing serious errors (HT Patterico; bolds are mine): 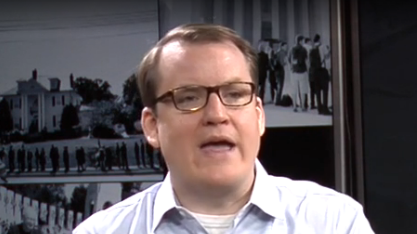 Amtrak has received over $30 billion in cash payments from federal taxpayers since it was created in 1970. If that constitutes a struggle, then for the love of all that’s holy, please sign me up for the struggle. We should all be so lucky to struggle with the burden of flushing tens of billions of dollars of free money down the toilet.

And then there’s the blatantly false and deliberately deceitful claim by Philip Bump that Congress hasn’t passed any funding for Amtrak since 2013. That’s a complete lie. If Philip Bump read his own newspaper, he’d know that the $1.1 trillion spending bill signed by President Barack Obama last December included nearly $1.4 billion in funding for Amtrak.

That law provided $1.14 billion worth of capital grants to Amtrak on top of the $250 million it appropriated to the organization for operational expenses. You can read the statutory language for yourself right here on pages 588 and 589 of the law.

Davis then reacted to Bump's pathetic (and well-buried) atempt to "clarify":

...  [UPDATE: Rather than fessing up, admitting error, and correcting his falsehoods, Bump has apparently decided to double-down. In an edit to the piece, Bump added the following modifiers to his error-ridden declaration (noted in italics): “Congress has delayed passing long-term legislation to fund Amtrak since 2013, instead repeatedly reauthorizing existing funding levels.”

No wonder Bump didn’t want to include any facts about Amtrak’s actual funding situation. Those facts destroy his premise.

Federal appropriations for Amtrak, which Bump initially tried to tell us didn’t even exist, have most certainly not been at the same “existing” authorized level. How do we know this? Because Amtrak plainly tells us as much:

Had Bump spent five minutes looking through previous appropriations laws and Amtrak budget documents to confirm his assertion–something you would expect even the greenest of rookie journalists to do–he would’ve known that, but he didn’t.

... Philip Bump could’ve admitted the error, corrected it, and moved on. Unfortunately, that would’ve destroyed his entire premise, so he just ignored it and pretended he had the right story all along. That’s why he referred to his edits as a mere “clarification” rather than a “correction.”

Every day seems to bring in at least one new example of alleged journalists who are really propagandists insisting that what is obviously false is true. The optimistic hope would be that they're resorting to level of desperation because their worldview is imploding before their very eyes, and, as a result, their favored party's grip on power is growing ever more precarious.