Bush Derangement Syndrome is alive, well, and living in the head of Nancy A. Youssef at the Daily Beast.

In a March 26 item tagged "Fallen Hero" (?!) about the Army charging Bowe Bergdahl with "desertion and misbehaving before the enemy," the web site's Senior National Security Correspondent wrote that "the administration celebrated negotiating his release after years of failed bids by both the current and former administration." But Bergdahl walked away from his post in June 2009, five months after Barack Obama's inauguration. Youssef's report actually had worse components than that.

Youssef also absurdly speculated that Bergdahl might not even have been admitted into the Army "had the nation not been so desperate for troops when he joined in 2007—the height of the wars in Iraq and Afghanistan." It's Bush's fault — again.

Not that facts seem to be important to the Daily Beast writer, but I should note that it wasn't too difficult to find evidence of a 2007 announcement from the Army that didn't seem particularly "desperate":

The Army has met its recruiting goals for 2007, the commanding general for Accessions Command said Tuesday.

The active component's goal for 2007 was 80,000 soldiers, while the Army Reserve was working toward 26,500 new soldiers. As of Aug. 31, both components were ahead of or on track with their year-to-date goals.

Here are excerpts from Youssef's Daily Beast item (HT I Hate the Media; bolds are mine):

Everything The White House Told You About Bowe Bergdahl Was Wrong
His release was supposed to be the political masterstroke in the last days of the war. But the war is still going, and Bergdahl is going to court. 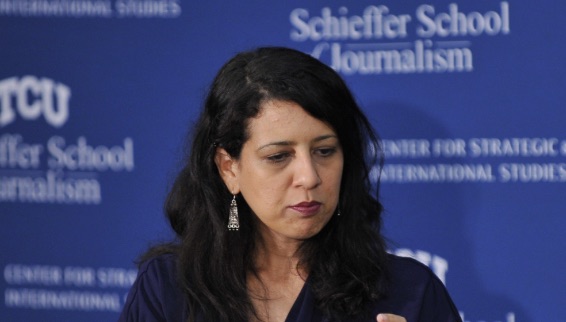 In the space of nine months, he went from being heralded at the White House to facing prison for life.

On Wednesday, the U.S. military charged Sergeant Bowe Bergdahl, the former Taliban captive who was freed in exchange for five Guantanamo Bay detainees, with desertion and misbehaving before the enemy.

His capture, release and now charge became a parable of how narratives about the war in Afghanistan did not pan out. The soldier whose service Susan Rice, U.S. national security adviser, once characterized as “honorable” and whose release came at the price of five prisoners could now himself end up in an American prison for life. The prison exchange that some political operatives thought would be heralded was instead widely condemned. And the war that was supposed to be ending with no soldier left behind has now been extended for five months.

... There is a sense that there is no interest in handing out a long sentence to a soldier who may not have passed muster had the nation not been so desperate for troops when he joined in 2007—the height of the wars in Iraq and Afghanistan.

That said, there are many in the military who remain tremendously angry at Bergdahl. They believe he was a deserter and that the five-year search for him endangered other troops.

... President Obama made the announcement of Bergdahl’s release in a Rose Garden ceremony flanked by Bergdahl’s parents, even as the circumstances of his disappearance were shrouded in uncertainty and charges that he abandoned his post and troops. Politically, the administration celebrated negotiating his release after years of failed bids by both the current and former administration, at least one attempted escape by Bergdahl and countless patrols searching for him.

Like many others covering the story, Youssef failed to note in her story's verbiage, even while citing fellow soldiers' anger, that six U.S. soldiers died while involved in trying to rescue Bergdahl after his desertion. As a letter-writer at another site correctly noted: "[T]hose who died looking for a deserting soldier deserve better than to be forgotten."

It would appear that to Youssef, soldiers' lives don't matter that much in the conext of apparently "bigger things" — like partially emptying Gitmo by releasing five terrorists who appear likely to return to their former activities, regardless of the dubious merits of the "deal" involved.