Boston.com and Victor Paul Alvarez Yuk It Up Over Man's Foiled Plan to Poison John Boehner

Victor Paul Alvarez's LinkedIn profile says that he's an "Associate Editor - Boston.com at The Boston Globe," with previous stints at East Bay Newspapers and the Baltimore Sun. He was a copy boy at the Sun in 1994 while he was also a student at Towson University, which would likely make him a bit over 40 years old now.

It is beyond comprehension that someone with Alvarez's decades of experience could have tried to find humor Tuesday evening in a Cincinnati-area man's plan to assassinate House Speaker John Boehner. But he did. It's more incredible that the folks at Boston.com apparently think Alvarez's report is now perfectly fine after removing just one offensive sentence. Here's the full entry, including that now-deleted sentence, which was captured earlier today at Hot Air (in italics; links are in original; numbered tags are mine; bolds are mine throughout this post): 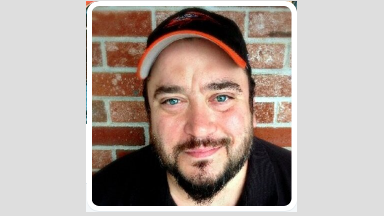 The FBI says an Ohio bartender planned to kill House Speaker John Boehner last October by poisoning his drink at a country club.

The question is: Would anyone have noticed? [1] Stories about Boehner’s drinking have circulated for years. His drinking inspired a blog called DrunkBoehner [2], and in 2010 he brought booze back to Washington. [3] Had he been poisoned as planned, perhaps his pickled liver could have filtered out the toxins. [4]

Luckily for Boehner and his supporters, Bartender Michael Robert Hoyt’s plan to poison him never came to pass. [5] Hoyt – known as “Bartender Mike”—served Boehner drinks for five years at the Wetherington Country Club in West Chester, Ohio. Reports say Hoyt had been treated for a psychotic episode and stopped taking his prescribed medication. ABC News reports that Hoyt was indicted Jan. 7 on charges of threatening to murder Boehner after Hoyt was dismissed from his job. Hoyt allegedly commented on a 911 call that he was fired before he got the chance to “put something in John Boehner’s drink.”

Hoyt claimed to be Jesus Christ and said he targeted Boehner because the Speaker was mean to him at the country club and is responsible for Ebola.

“Speaker Boehner is aware of this situation, and sincerely thanks the FBI, the Capitol Police, and local authorities in Ohio for their efforts,” Boehner spokesperson Michael Steel said in a statement.

Boehner, an Ohio native, began working at his family’s bar at age 8. [6]

[1] — We're talking about an assassination plot here. (How telling it is that this word is almost never being used in any press report to describe a threat on the life of the person who is second in line for presidential succession.)

[2] — The blog in question hasn't had an entry in almost four years. In 2008, one of its earlier items asked if Boehner was "the Republican Ted Kennedy," making it far more even-handed, at least at the time, than Alvarez.

[3] — The "brought booze back" reference is really to Boehner supposedly making drinking an acceptable practice in Washington again after eight years of Bush 43, who did not drink, and the "Obama family’s extreme wholesomeness" (since brought into question on several levels).

[4] — Really, do I need to comment on how obnoxious, offensive and hateful this is?

[5] — I guess we can infer that Hoyt's failure to carry out his plot was unlucky for everyone who isn't one of Boehner's supporters. Hot Air's Noah Rothman was not out of bounds today when he used "Boston.com really wishes Boehner had been successfully poisoned" as his post's headline.

[6] — As if what John Boehner did when he was eight years old has any relevance to an assassination plot.

The cowards at Boston.com wouldn't own up to the true nature of their scribe's execrable work, explaining the sentence deleted (again, seen above in italics) as follows:

Editor’s note: A previous version of this article made an unsubstantiated reference to the health of Speaker Boehner.

What really happened is that a previous version of that article had a contemptible, sick attempt at a joke which speculated about what might have happened had Hoyt been able to serve the current Speaker of the House a poisoned drink.

I'm not done yet.

The 1994 Alvarez column I stumbled upon and linked in my opening paragraph is about, of all things, a recently deceased man who spent much of his life as a heart-on-his-sleeve drunk, but whom the young Alvarez mostly admired, apparently because he was sometimes a very good writer.

At the time, those characteristics worked to make the man about whom Alvarez wrote an object of his affection:

I wanted to be the poet Charles "Hank" Bukowski.

I tried to be Bukowski.

... This month, leukemia took Hank away at 73. His family came to America from Germany when he was 3, landing first in Baltimore. They settled in Los Angeles. It was here that Hank suffered his father's stern discipline, without escape, until finding solace in a bottle at age 13. Like Los Angeles, booze would both corrupt and create his writing all his life.

... So now he is my ghost editor, my standard for comparison. At the end of a night's work at my own typer I ask myself: Would Bukowski have liked that metaphor? ...

I'll never know, but it keeps me honest.

Having read that column, all I can ask Mr. Alvarez is, "What in the world happened to the guy who wrote that piece in 1994?"