Demonstrating that serving as the Palace Guard for Dear Leader is a 24-7-365 enterprise, Zachary A. Goldfarb, policy editor at The Washington Post, somehow felt the need on Sunday morning to critique the Saturday Night Live opening skit which appeared the previous evening.

Twelve hours after the skit was first broadcast, Goldfarb, whose whose full archive going back to August indicates that he has not written a WaPo item for Sunday publication in the past four months, nitpicked a comedy skit for — oh the humanity! — failing to distinguish between an "Executive Order" and "executive action" (bolds are mine): 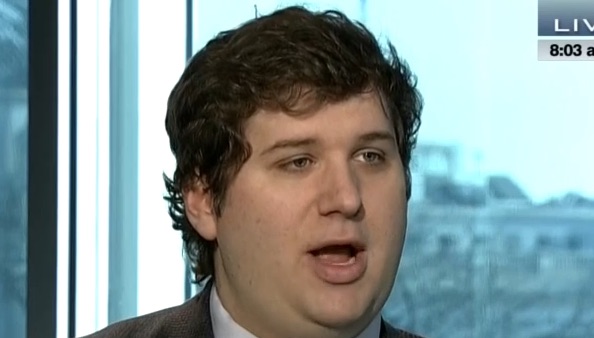 "There's actually an even easier way to get things done around here, and it's called an executive order," Obama (Pharoah) says. Bobby Moynihan shows up dressed as an Executive Order and sings, "I'm an executive order, and I pretty much just happen."

The Bill (Thompson) climbs back up the stairs and declares, "Look at the midterm elections. People clearly don't want this."

Y'know, Zach, if you're going to go to the trouble of critiquing a comedy skit, you might as well not skip some of its relevant elements, the most important of which includes Obama pushing The Bill down the Capitol steps again after the he snipes about the midterms, and a third time when The Bill comes back and says "we'll take you to court." That was nicely done by the SNL folks, rubbing it in viewers' faces that quite a few people believe Obama is acting like a bully, exercising power he does not constitutionally possess, and treating the legislative process with contempt.

Icing on the cake: a condescending swipe from Mr. Executive Order, telling the student who asks about the need to go through Congress at some point, "Aw, that's adorable. You still think that's how government works."

This skit got a couple of things right, and a couple of things wrong. For starters, Obama didn't sign an executive order. He is taking executive action, in particular by directing the Department of Homeland Security to expand programs that defer deportation for classes of undocumented immigrants — parents of U.S. citizens or permanent-resident children, as well as undocumented immigrants brought to the country as children.

See a handy flow chart to determine who qualifies. (Note: The reporters who posted the chart charitably describe it as "relatively arbitrary." Almost anyone with even a passing familiarity with the realities on the ground whose agenda is something other than open borders will see it as "a joke." — Ed.)

... As to whether the executive action is unconstitutional? That's a matter of debate, of course. Some House Republicans think so and may add a complaint to a suit they are planning to file challenging Obama's executive actions on his health-care law.

One Obama backer who also supports a comprehensive overhaul of immigration laws says the action may be impeachable, as "by constitutional design, impeachment for 'treason, bribery, or other high crimes and misdemeanors' is a political accusation."

Goldfarb leaves the impression that the only person on the left who believes what Obama has done is unconstitutional is some rogue Yale law professor. The fact is that several Democrats in the Senate have expressed opposition to Obama's executive actions: Manchin (WV), McCaskill (MO), Heitkamp (ND), and Donnelly (IN).

The guess here is that the SNL skit — and especially its three pushes — really got under the White House's skin, perhaps even to the point where they felt like they had to lean on someone at the Post to play some defense on their behalf. Whether or not any communication actually occurred, it seems clear that the Post's apparently equally thin-skinned Goldfarb felt it necessary to get up on a Sunday morning to critique a fundamentally accurate ... (still having a hard time believing it) ... comedy skit.