As of 5:30 p.m. ET today, a search on "Koningstein" at the Associated Press's national web site returned no results.

That's an indication that the wire service's globaloney-believing pseudo-science reporters are still trying to figure out how to respond to a November 18 article in the IEEE Spectrum by Ross Koningstein & David Fork, a pair of Google engineers tasked by the company in 2007 to "tackle the world’s climate and energy problems." The pair, whose active work on the project at Google ended in 2011, have concluded, as succinctly stated in the UK Register (HT Instapundit), that renewable energy sources "will never permit the human race to cut CO2 emissions to the levels demanded by climate activists."

The two Google scientists are engineers and not climatologists. Unfortunately, they accept the warmists' arguments at face value, even retired NASA scientist James Hansen's ridiculous contention that the planet is in grave danger once atmospheric carbon tops 350 parts per million (i.e., 0.035%).

They say that there needs to be some kind of awesome scientific breakthrough well beyond existing technologies to cut down carbon emissions and return to Hansen's ridiculous threshold:

... Trying to combat climate change exclusively with today’s renewable energy technologies simply won’t work; we need a fundamentally different approach. So we’re issuing a call to action. There’s hope to avert disaster if our society takes a hard look at the true scale of the problem and uses that reckoning to shape its priorities.

... We decided to combine our energy innovation study’s best-case scenario results with Hansen’s climate model to see whether a 55 percent emission cut by 2050 would bring the world back below that 350-ppm threshold. Our calculations revealed otherwise. Even if every renewable energy technology advanced as quickly as imagined and they were all applied globally, atmospheric CO2 levels wouldn’t just remain above 350 ppm; they would continue to rise exponentially due to continued fossil fuel use. So our best-case scenario, which was based on our most optimistic forecasts for renewable energy, would still result in severe climate change, with all its dire consequences: shifting climatic zones, freshwater shortages, eroding coasts, and ocean acidification, among others. Our reckoning showed that reversing the trend would require both radical technological advances in cheap zero-carbon energy, as well as a method of extracting CO2 from the atmosphere and sequestering the carbon.

Those calculations cast our work at Google’s RE[less than]C program in a sobering new light. Suppose for a moment that it had achieved the most extraordinary success possible, and that we had found cheap renewable energy technologies that could gradually replace all the world’s coal plants—a situation roughly equivalent to the energy innovation study’s best-case scenario. Even if that dream had come to pass, it still wouldn’t have solved climate change.

... To reverse climate change, our society requires something beyond today’s renewable energy technologies. Fortunately, new discoveries are changing the way we think about physics, nanotechnology, and biology all the time. While humanity is currently on a trajectory to severe climate change, this disaster can be averted if researchers aim for goals that seem nearly impossible.

We’re hopeful, because sometimes engineers and scientists do achieve the impossible. Consider the space program, which required outlandish inventions for the rockets that brought astronauts to the moon. MIT engineers constructed the lightweight and compact Apollo Guidance Computer, for example, using some of the first integrated circuits, and did this in the vacuum-tube era when computers filled rooms. Their achievements pushed computer science forward and helped create today’s wonderful wired world. Now, R&D dollars must go to inventors who are tackling the daunting energy challenge so they can boldly try out their crazy ideas. We can’t yet imagine which of these technologies will ultimately work and usher in a new era of prosperity—but the people of this prosperous future won’t be able to imagine how we lived without them.

Lewis page at the UK Register notes that the authors' desired "zero-carbon energy sources so cheap that the operators of power plants and industrial facilities alike have an economic rationale for switching over within the next 40 years" already exists (links are in original; bolds are mine): 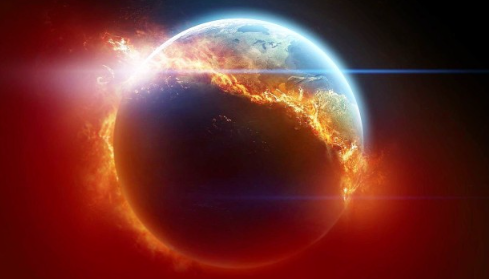 ... the two men don't know what that is, or if they do they aren't saying. James Hansen does, though:  it's nuclear power.

As applied at the moment, of course, nuclear power isn't cheap enough to provide a strong economic rationale. That's because its costs have been forced enormously higher than they would otherwise be by the imposition of cripplingly high health and safety standards (in its three "disasters" so far - Three Mile Island, Chernobyl and Fukushima - the scientifically verified death tolls from all causes have been and will be zero, 56 and zero: a record which other power industries including renewables can only envy*).

Nuclear costs have also been artificially driven up by the non-issue of "waste". In the UK for instance, all "higher activity nuclear waste" must be kept expensively stored in a secure specialist facility and can only ever - perhaps - be finally disposed of in a wildly expensive geological vault. No less than 99.7 per cent of this "waste" is actually intermediate-level, meaning that it basically isn't radioactive at all: you could theoretically make half a tonne of ordinary dirt into such "intermediate level nuclear waste" by burying a completely legal luminous wristwatch in it. (If you did that inside the boundaries of a licensed nuclear facility, the dirt really would then become ridiculously costly "waste".)

The remaining 0.003 of "nuclear waste" actually is dangerous, but it can almost all be reprocessed into fuel and used again. So waste really doesn't need to be an issue at all.

There can't be any doubt that if nuclear power had been allowed to be as dangerous per unit of energy generated as, say, the gas industry* - let alone the terribly dangerous coal business - it truly would be too cheap to meter and Messrs Koningstein and Fork's problem would have been solved for them decades ago: by now, nobody with access to uranium would be bothering with fossil fuels except for specialist purposes - and there's no reason why nations "of concern" couldn't be kept safely supplied. Would we run out of uranium? Not until the year 5000AD.

... Even if you aren't terribly convinced about the looming menace of carbon-driven warming, the fact that we have decided of our own free will not to have cheap, abundant energy and all the miracles it would bring with it ... that's a terrible human tragedy. Nobody knows how much misery might result from climate change in the future, but one can say with certainty that a lot of misery has been caused by the absence of cheap energy, water, food and decent places to live over the last sixty-plus years.

Anyway the truth is that the disruptive new technology which Koningstein and Fork are dreaming of already exists: but it's been stolen from us by our foolish fears, inflated in many cases by dishonest activists.

All of this is of course raises the question of why developed nations are diverting so much time, dollars and, well, energy into "renewable" endeavors. There is no good answer — unless one thinks that funneling endless subsidies to purveyors of the fantasies of renewable energy is a good answer.

The next question is whether anyone is in a position of meaningful influence will champion nuclear energy. The answer, apparently, is "no." Even though they are familiar with Hansen's workKoningstein and Fork didn't even dare to bring it up. A pathetic piece at Vox whose purpose appears to be to hide the full implications of the pair's work from their readers doesn't contain the word "nuclear." Energy companies are scared to death of crossing nuclear-phobic regulators.