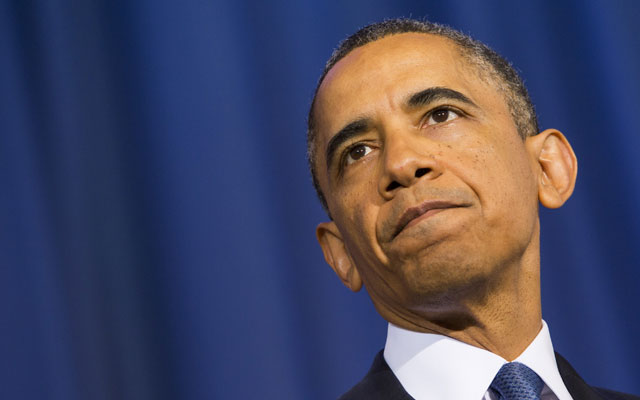 Late Friday afternoon, John Boehner, Mitch McConnell and Republicans in Washington got their first taste of what they will likely see from the supposedly "objective" reporters at the Associated Press, aka the Administration's Press, as they cover their relationship with President Obama and his White House apparatachiks during the next two years.

The headline at a story by Nedra Pickler and Erica Wener ("Immigration dispute erupts at White House lunch") and that story's first seven words ("A White House lunch aiming for cooperation") are fundamentally dishonest and untrue, respectively. The article's later text proves both of my contentions.

The article's first six words were disproven at the end of the AP pair's very first paragraph:

A White House lunch aiming for cooperation boiled into a fresh dispute with newly empowered Republicans over immigration reform Friday, with GOP leaders warning President Barack Obama to his face not to take unilateral action. The president stood unflinchingly by his plan to act.

He underscored his intent to act on his own by the end of the year if they don't approve legislation to ease deportations before then and send it to him to sign.

In other words, Obama, despite the personal repudiation delivered in Tuesday's elections — one he sought out when he said in early October that his policies were effectively on the ballot in every state — wants the lame-duck Congress to pass an immigration bill acceptable to Democrat Senate Majority Leader Harry Reid while he is still at the helm, or he will take action unilaterally (and unconstitutionally) himself.

That posture demonstrates that Obama and the White House aren't at all interested in "cooperation." Like 1960s campus radicals who hypocriticallly screamed that they wanted "communication," Team Obama really seeks preemptive legislative capitulation.

The AP's vague headline treats the immigration disagreement as something which the reader who doesn't move on to digest the report's full text will believe is equally the fault of both parties. Hardly. An obviously far better headline, assuming that it should be focused in immigration (debatable in and of itself, because other topics were discussed) would have been "Obama stands by pledge to act alone on immigration."

Republican aides who spoke anonymously to the AP, giving Pickler and Werner some of their distortable raw material, would be well-advised to keep their traps shut in the future. Guys and gals, it really isn't worth the ego stroke of seeing what you said cited in the press just so its left-leaning propagandists can twist things to hurt your cause.