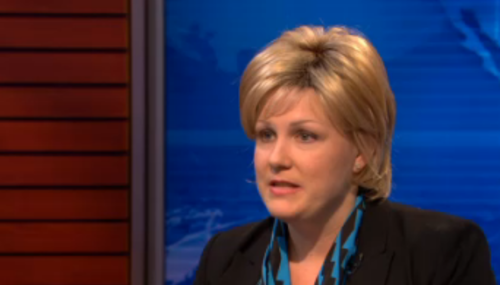 Tom Blumer
June 20th, 2015 9:39 AM
Imagine if any Republican president in the past fifty years had said the following: "I get letters, people say, you are an idiot -- (laughter) -- and here’s what you didn’t do, and here’s the program that is terrible, and all kinds of stuff. But this gentleman, he said, I voted for you twice but I’m deeply disappointed. And it went on and on, chronicling all the things that hadn’t gotten done."… 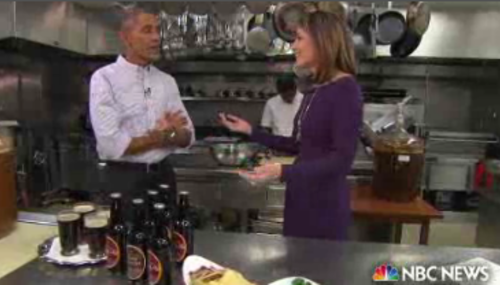 Obama: Washington 'Made Booze' in White House; He Never Lived There

Tom Blumer
February 2nd, 2015 9:44 AM
It only took about 15 seconds into a live segment NBC aired from the White House kitchen before Sunday's Super Bowl for President Barack Obama to commit a historical gaffe about the very place where he resides. He told the network's Savannah Guthrie that "We make beer — The first president since George Washington to make some booze in the White House." Heavens to Betsy. The White House's… 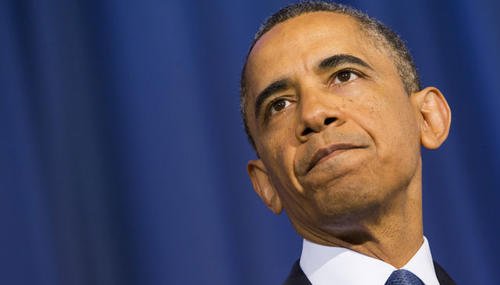 Tom Blumer
November 8th, 2014 10:05 AM
Late Friday afternoon, John Boehner, Mitch McConnell and Republicans in Washington got their first taste of what they will likely see from the supposedly "objective" reporters at the Associated Press, aka the Administration's Press, as they cover their relationship with President Obama and his White House apparatachiks during the next two years. The headline at a story by Nedra Pickler and Erica…

Tom Blumer
July 21st, 2014 11:59 PM
President Obama signed an executive order on Monday which will force many religious organizations and their members to sever their service and business ties with the federal government if they wish to stay true to their beliefs. The EO adds "sexual orientation and gender identity" to the bases upon which contractors cannot discriminate if they wish to continue doing business with Uncle Sam.… 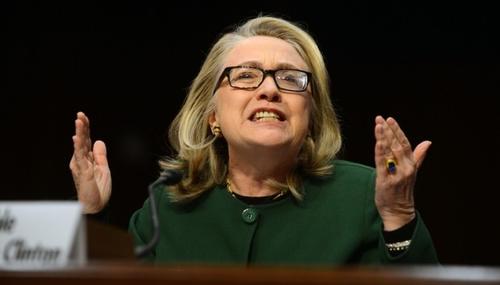 Tom Blumer
November 6th, 2013 9:22 AM
The Associated Press's initial coverage of President Obama's attempt to "reinvent history," the term used yesterday by the National Journal's Ron Fournier, is instructive. Monday evening, Obama claimed that his core "you can keep your (health care) plan" guarantee — made dozens of times from 2008 through 2012 — was only relevant "if it (your current plan) hasn’t changed since the law was passed…

Nobel Consideration of Adult Stem Cell Researcher Should Be Teachable

Tom Blumer
October 4th, 2010 8:05 AM
Do the science writers and political reporters at the Associated Press ever compare notes? Based on their divergent coverage of stem cell research, it seems doubtful. On Sunday, AP science writer Milan Rising reported that a Japanese scientist was under probable consideration to win this year's Nobel Prize in medicine: A Japanese researcher who discovered how to make stem cells from ordinary…

Tom Blumer
September 29th, 2010 2:55 PM
It is truly remarkable to observe how press outlets continue to misreport and misinform the public in the area of stem cell research. One of the latest examples came yesterday at the Associated Press. In a report covering a court ruling on government funding of embryonic stem cell research (ESCR), the AP's Nedra Pickler completely failed to acknowledge that there are any other kinds of stem…

Ken Shepherd
April 24th, 2009 11:47 AM
While President Obama was extoling the virtues of wind power in an Earth Day speech, his Justice Department lawyers were attempting to scuttle a lawsuit filed in federal court against Iran by former U.S. embassy hostages. The lawsuit alleges that Iranian President Mahmoud Ahmadinejad was one of the hostage-takers who interrogated the captives. Two days after the story broke on the Associated…

AP's Nedra Pickler Has Bigfoot in Mouth in Corsi Controversy

Tom Blumer
August 16th, 2008 10:10 AM
The back-and-forth over Jerome Corsi's book, "The Obama Nation," has been heated, largely unfair to the author, and predictably marred by attacks from allegedly "objective" journalists as well as Democratic mouthpieces (but I repeat myself). Blatant examples of media bias have been noted by several NewsBusters posters, including Tim Graham (here, here, and here), Geoff Dickens, Mark Finkelstein,…

Brent Baker
January 31st, 2008 6:22 AM
FNC's Brit Hume, in his Wednesday “Grapevine” segment, highlighted the contrast in a glowing a AP review of John Edwards' unsuccessful campaign sympathetic toward his hard-left approach to the race, versus a much less laudatory look by the wire service at Republican Rudy Giuliani's aborted presidential quest.