The real problem with Wisconsin Democratic gubernatorial candidate Mary Burke's "jobs plan," the detailed version of which appears to be no longer available at her campaign's web site, isn't its plagiarized material. It's the content. The presence of certain obviously wrong facts and patently pathetic assertions indicates that Ms. Burke, a successful entrepreneur who one would think should have known better, hardly scrutinized her plan at all before allowing its publication. 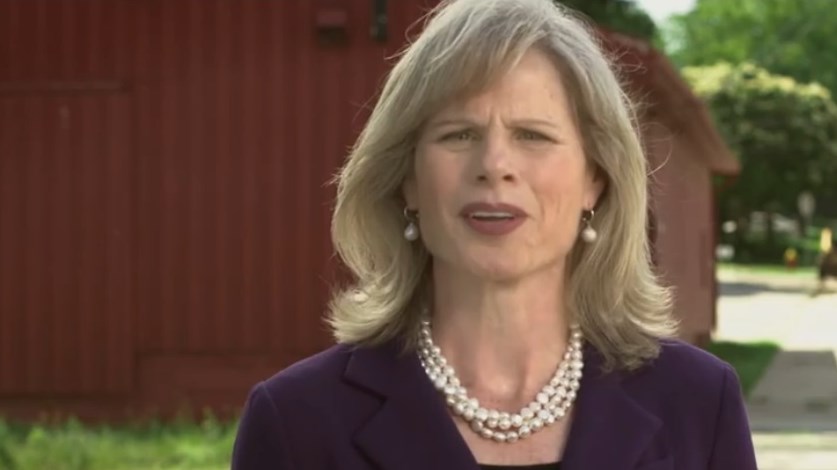 Thursday evening, BuzzFeed reported that "Large portions of Wisconsin Democratic gubernatorial candidate Mary Burke’s jobs plan (saved separately by BuzzFeed — Ed.) for Wisconsin appear to be copied directly from the plans of three Democratic candidates who ran for governor in previous election cycles." As would be expected, the Associated Press's Scott Bauer attempted to come to the rescue, finding an "elections expert" who said that "it's not really plagiarism because the person working for her did it." But Bauer also noted that Burke "has no plans to change the material, which she called a small part of the 40-page plan," so criticism of its content remains fair game.

Burke's plan claims that "small-and medium-sized businesses have been hiring new employees at a faster rate than large companies since the beginning of the economic recovery in 2009."

Bloomberg reported in January 2013 that "Payrolls at firms with fewer than 500 employees accounted for less than 50 percent of the total workforce for the first time in 2008 during the recession and have barely recovered."

... small business is still in recession. The number of startup jobs per 1,000 Americans over the past four years fell a full 30% below the levels of the Bush and Clinton eras.

... a recent Brookings study reveals ... (that) larger businesses came out of the recovery stronger, not their beleaguered smaller counterparts.

Burke's material here in this regard isn't just plagiarized; it's dated boilerplate. The statement about small business was predominantly true for decades before the most recent recession; since then, it has not been. This tells me that Burke and her team didn't really vet the material they were presented, not only for originality but for simple accuracy.

Another claim copied verbatim was made in plagiarized materials about other states in previous years:

Our university and college systems have made great progress in aligning requirements for course work to make transferring credits easier.

Given the plagiarism, it would seem fair to assert that even if this statement is true, it's only by accident, and not the result of any specific research into Badger State higher education practices.

Going to the detailed jobs plan, even the most basic claims Burke makes don't hold up, like this one:

When I served as Wisconsin’s Commerce Secretary, Wisconsin had 72,000 more jobs than it does now, based on the latest data.

The plan specifically refers to the following table at the Bureau of Labor Statistics, and is as of roughly February of this year:

There is no point in time during Burke's 2005-2007 tenure when Wisconsin's statewide employment was 72,000 jobs higher than at the right end of the graph. The largest difference is roughly 55,000.

Burke also claimed, as if we're supposed to be impressed, that:

The state’s annual average unemployment rate was never higher than 4.8% when I was Commerce Secretary – but unemployment has never been below 6.1% under the current Administration.

I could go on, but I don't need to. Readers can see that plagiarism is the least of the problems with Mary Burke's jobs plan. Basic accuracy is its primary shortcoming. That's the real news, if the AP's Bauer and any other journalist in the state would care to report it.