People Magazine Gushes Over Elizabeth Warren: The 'YouTube Senator' Who's 'The Sharpest Voice' in D.C. 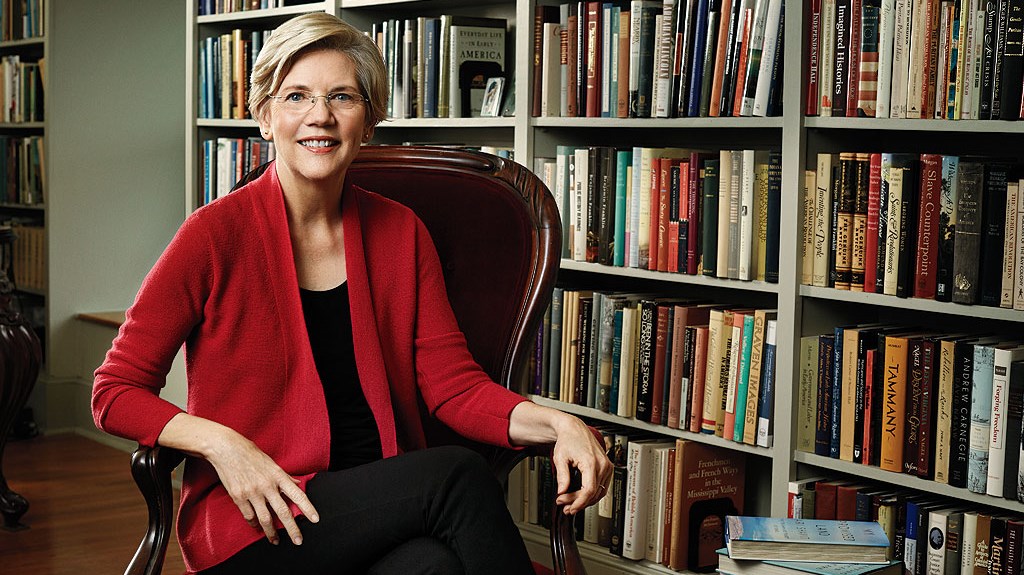 People magazine dragged out its goo bucket again to praise ultraliberal Senator Elizabeth Warren in the latest (November 3) issue. The headline is “The YouTube Senator: As she fought the big banks, she never expected that Senate hearings would go as viral as cat videos – and make her a political star.”

Reporter Sandra Sobieraj Westfall began: “As she is not a dyspeptic pop star or a starlet dumping ice water on her head for charity, Massachusetts senator Elizabeth Warren is an unlikely Internet sensation.” (Photo: People)

Yet YouTube videos of her Senate hearings performances, “with titles like ‘Elizabeth Warren Embarrasses Bank Regulators...’ and ‘Classic Takedown...MUST SEE!,’ have been viewed and liked by millions, making her a digital age folk hero well beyond her home state.”

Who says a piercing question about why watchdogs failed to take corrupt mortgage lenders to trial isn’t sexy?  Jon Stewart has said he wants to “make out with” Warren....

At this moment, Warren possesses arguably the sharpest voice in Washington. “She connects with people on a visceral level,” says Jeffrey Berry, professor of political science at Tufts. In the two short years since she was elected amid public outrage over the $700 billion bailout following the 2008 financial meltdown, Warren, 65, has become a David to the Goliaths of Wall Street – a role she has embraced. “I’m fine with being a fighter, you bet," says the senator....

Sorry Warren for President boosters: Asked about a 2016 run, she wrinkles ner nose sand says, “I don’t think so."  Yet she would consider Treasury Secretary to a President Hillary Clinton: "Well, THAT'S a fun thought!"

Online, their headline was “An Early Halloween Fright for Wall St.: Elizabeth Warren for Treasury Secretary?”

REACHING HIGHER: Warren (at home Oct. 15) says the Senate is "like climbing a sheer rock wall. I spend every minute searching for the cracks where I can get my boot in and keep pushing to make a difference."

ACTIVIST-AUTHOR: "The things I'm talking about are things a lot of people want to hear," says Warren.