Bill O'Reilly Slams 'Haters' on Left and Right, Says Smearing Should Be 'Unacceptable' 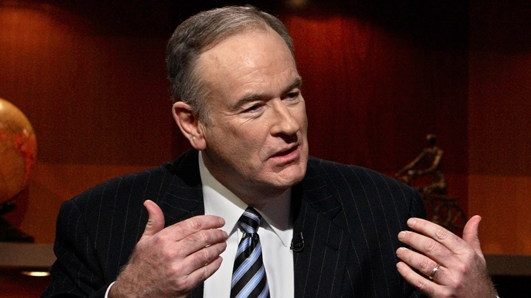 He began by stating: “At the height of the Iraq War, the vilification of President Bush the younger was off the chart,” with “the left in America accusing him and Vice President Dick Cheney of lying to get us into the war.”

The Bush administration was accused of “sacrificing American military people” so the Halliburton oil company “could make money,” O'Reilly noted, "along with “a variety of other vile allegations."

“Having seen President Bill Clinton go through impeachment, I thought President Bush got it even worse with the smearing,” he stated. “Enter President Obama, who is also loathed by some Americans.”

O'Reilly then showed a series of clips quoting Chris Matthews, the liberal host of Hardball on the MSNBC cable TV channel:

Let me finish tonight with this contest of hate we're watching among Republican candidates for president. How much do you, how much can you hate President Obama?

“Did somebody say 'hate?'” O'Reilly joked.

Now, there's no question that Barack Obama's policies are controversial. He's a big tax-and-spend guy, has increased the power of the federal government, has ordered a quasi-amnesty for some illegal aliens, has withdrawn completely from Iraq leading to chaos, has imposed a health-care system many people despise.

“So, as far as policy goes, there's much angst directed at the president, and that's fine,” the Fox anchor continued. “On the personal front, though, Mr. Obama gets it too much.”

As proof for his assertion, he read a letter from Tom, who lives in Florida: “It's time to impeach Obama and the Islamitration. This guy is clearly sabotaging our country.”

He then read a letter from Liz, who lives in New Mexico: “Obama is a Muslim, and many Muslims do not care about Christians. The president fights this crisis all over the world with politics and love for his Muslims.”

O'Reilly then stated that he “laments the haters on both sides. Smearing anyone should be unacceptable. In the upcoming presidential campaign, the Republican candidates surely will point out where they differ with president Obama and, by proxy, Hillary Clinton.”

One of Mrs. Clinton's challenges is deciding whether to repudiate some of Mr. Obama's policies. Is she going to do that? Interesting dilemma.

If she doesn't, the Republicans certainly have an opportunity to put Hillary Clinton on the defensive, but any Republican candidate who says personal things about either the president or Mrs. Clinton will be making a tremendous mistake.

“The haters on both the left and the right make a lot of noise,” O'Reilly noted. “They get a lot of attention, but most Americans don't like this kind of stuff. Once in a while, a take-down is necessary, but to make a living out of guttersniping? Ticket to defeat.”

“Right now, America is in a bad place,” he added. “We are weak overseas, and the economy is still mainly rewarding the wealthy. President Obama has had six years to improve that situation, and, in my opinion, he has failed to do so.”

The Fox News anchor then stated: “That's an objective analysis based upon facts, not a personal attack.”

Interestingly, one of the “haters” O'Reilly didn't mention on Wednesday night was Mother Jones, even though the website's publisher, Steve Katz, sent an email to supporters on Tuesday with the subject line: "We're 'garbage,' according to Bill O'Reilly."

The letter reads in part:

It's outrageous, and I hope you'll consider donating to Mother Jones right now. Let Bill O'Reilly know that we will never let personal attacks stop us from doing what you -- our readers and supporters -- expect from us: producing smart, fearless journalism.

And it just so happens that if you pitch in today, you can also help us show Bill O'Reilly that when he attacks our reporting and our reporters, it makes us stronger, better equipped to do the type of in-depth investigative reporting that no one else does, that we're proud of and that we simply could not do without support from readers like you.

It's no surprise that the ratings for Monday night's edition of The O'Reilly Factor – when he defended himself from the accusations in Mother Jones -- drew far more viewers than usual, numbers that always eclipse those from the Cable News Network, MSNBC and HLN combined.