Charles Pierce: If Voters Hadn’t Graded Conservatism on a Curve, It Would Have ‘Flunked Out’ Long Ago

To borrow the title of a Clint Eastwood movie, liberals are having trouble with the curve -- specifically, the curve which they claim the media are using to grade Donald Trump. President Obama and Paul Krugman are among those who’ve raised that objection. 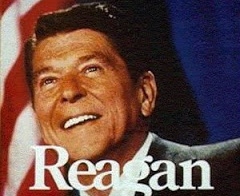 Esquire blogger Charles Pierce agrees with them, but he also asserted in a Sunday post that the media’s supposedly lenient treatment of Trump is “nothing new…Hell, we've been grading Republicans on a curve for decades. We graded Reagan on a curve when he burbled about trees and air pollution…We graded [George W. Bush] on a curve for the whole 2000 campaign when he didn't know Utah from Uzbekistan, but Al Gore knew too much stuff and what fun was he, anyway? We graded Republicans on a curve when they attached themselves to the remnants of American apartheid.”

Republicans, declared Pierce, “have followed movement conservatism to the point where they can ignore science and promote creationism and supply side economic foolishness simply because they can sell it to the same audiences that gobble up the red meat that's been marinating since George Wallace ran for president…Of course, Trump has been graded on a curve. If the electorate hadn't graded modern conservatism on an intellectual curve, it would've flunked out of Human College decades ago.”

It is timidity now that grades this ridiculous man running this ridiculous campaign on the biggest curve of all—the timidity of a people who have declined the responsibilities of serious citizenship and the abdication of its duty under the Constitution of a putatively free press too timid to call them on it. That is the political correctness that truly is hurting the country and may yet hurt it beyond all repair.