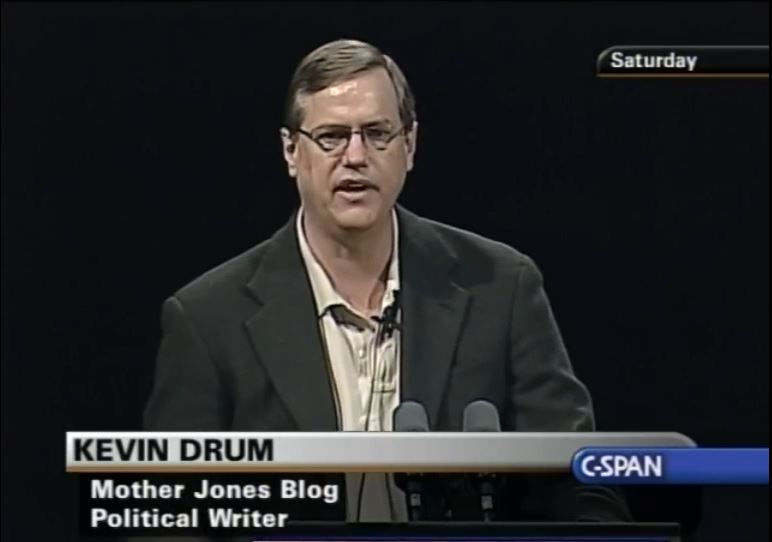 Universities have generated countless breakthroughs in science, technology, and medicine. Then there’s the product of higher education that Mother Jones blogger Kevin Drum discussed in a Saturday post: “The first concrete movement toward gender-neutral bathrooms started at universities. Now it's becoming mainstream. Good work, idealistic college kids! This is why we should think of universities as petri dishes, not a sign of some future hellscape to come. They're well-contained areas for trying things out,” and in this case the "thing" eventually provoked what Drum called “transgender bathroom hysteria.”

Drum remarked that some current campus obsessions -- “safe spaces, microaggressions, trigger warnings” -- might be considered “dumb,” but added, “I've always found it hard to get too exercised about this stuff. These kids are 19 years old. They want to change the world. They're idealistic and maybe too impatient with anyone who doesn't want to move as fast as they do. So were you and I at that age. Frankly, if they didn't go a little overboard about social justice, I'd be worried about them.”

As Drum pointed out, the bathroom battle has followed a longstanding pattern:

Most of the right-wing culture war is a backlash against changes to the status quo pushed by liberals. And good for [liberals] for doing this. The culture war is one of our grandest achievements of the past half century. It's helped blacks, gays, women, immigrants, trans people, the disabled, and millions more. Sure, conservatives have fought it all, but that's only natural: they're conservatives. What do you expect?

So own the culture war, liberals! Why are we always blaming such a terrific thing on conservatives?

Drum acknowledged that one prominent veteran conservative foresaw many recent developments in social liberalism: “Phyllis Schlafly led a campaign against the Equal Right[s] Amendment throughout the 70s out of fear that it would lead to gay marriage, women in combat, taxpayer-funded abortions, and, of course, unisex bathrooms. We never got the ERA, but as it turned out, Schlafly was pretty much right, wasn't she?”