The government's Friday June jobs report showed that the economy gained 213,000 seasonally adjusted payroll jobs, while the nation's unemployment rate increased from 3.8 percent to 4.0 percent, primarily because 601,000 more Americans were in the labor force. Despite the increase in overall joblessness, the rate among Hispanics fell to 4.6 percent, its lowest level in the over 45 years of that statistic's history. Unlike in recent months, during which print and online establishment press outlets have mostly recognized record lows seen in black/African-American unemployment, the press has been very quiet about June's record Hispanic low. This has been particularly true at most of its perceived gatekeepers.

Craig Bannister at our sister site CNSNews.com noted the record-low Hispanic unemployment rate a half-hour after the jobs report's release. He also presented the related table from the Bureau of Labor Statistics. The figures in that table since January 1998 are below:

In 1998, Hispanic unemployment fell below 7.0 percent for the first time. That rate fell under 5.0 percent one time in 2006. It took almost 11 years for that to happen again, but this time it has remained historically low, coming in below 5.0 percent six of eight times between October 2017 and May 2018. Then came June's record.

June's Hispanic unemployment rate drop occurred for what most observers would consider the right reasons, namely increased employment despite an increase in workforce participation. A net 164,000 Hispanics entered the workforce (employed or actively looking for work), while employment per the Household Survey increased by 250,000, leading to 86,000 fewer unemployed.

The Associated Press kept the news out of its main jobs report dispatch. Instead, it cordoned it off in a four-paragraph item which could not be located in Saturday afternoon searches at APNews.com on "Hispanic" or "Latino," or in a review of its Business page. 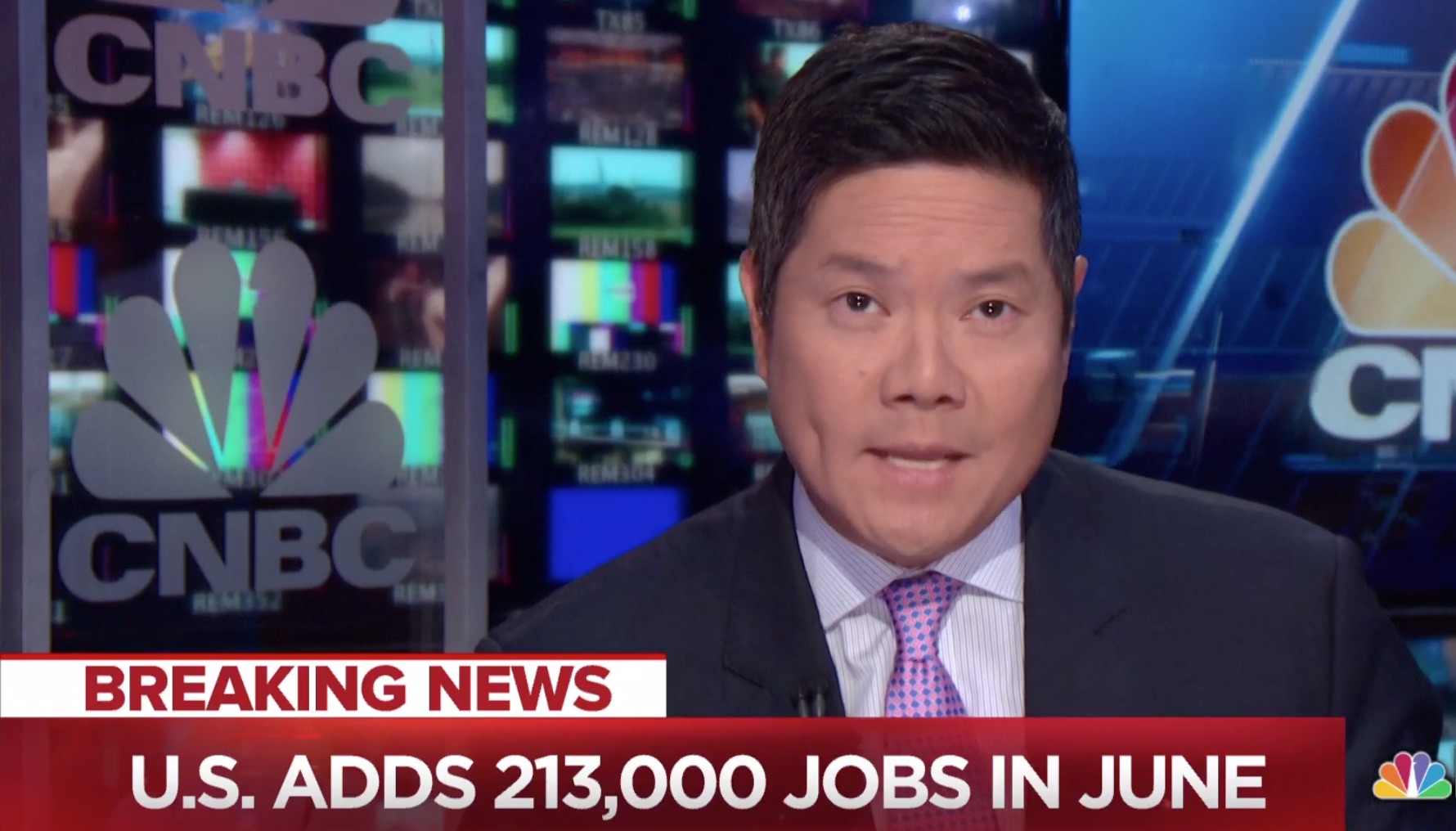 At the New York Times, Patricia Bowles, in a Friday report published in Saturday's print edition, mentioned June's 4.6 percent Hispanic unemployment rate, but didn't note that it was a record low. Neil Irwin's online analysis of the jobs report didn't cite it at all.

Jeff Cox at CNBC mentioned that the black unemployment rate, "which had been at a record low 5.9 percent, jumped to 6.5 percent," but inexplicably failed to cite Hispanic joblessness at all.

The Washington Post focused on how "workers still aren’t seeing big raises" and the impact of tariffs which weren't even in effect during the week containing June 12, the relevant government payroll survey week. It finally mentioned the record-low Hispanic joblessness rate in Paragraph 12 of 19.

Hispanics make up a larger percentage of the U.S. population than blacks. 28.4 million Hispanics were in the labor force in June, compared to 20.4 million blacks. Those comparisons make record-low Hispanic joblessness arguably more newsworthy than May's 5.9 percent black unemployment rate.