Ali Bashar, a 20 year-old Iraqi who sought and was rejected for asylum in Germany, has been arrested after fleeing to Kurdistan, and has now reportedly admitted to raping and killing 14 year-old Susanna Feldman in Wiesbaden in May. 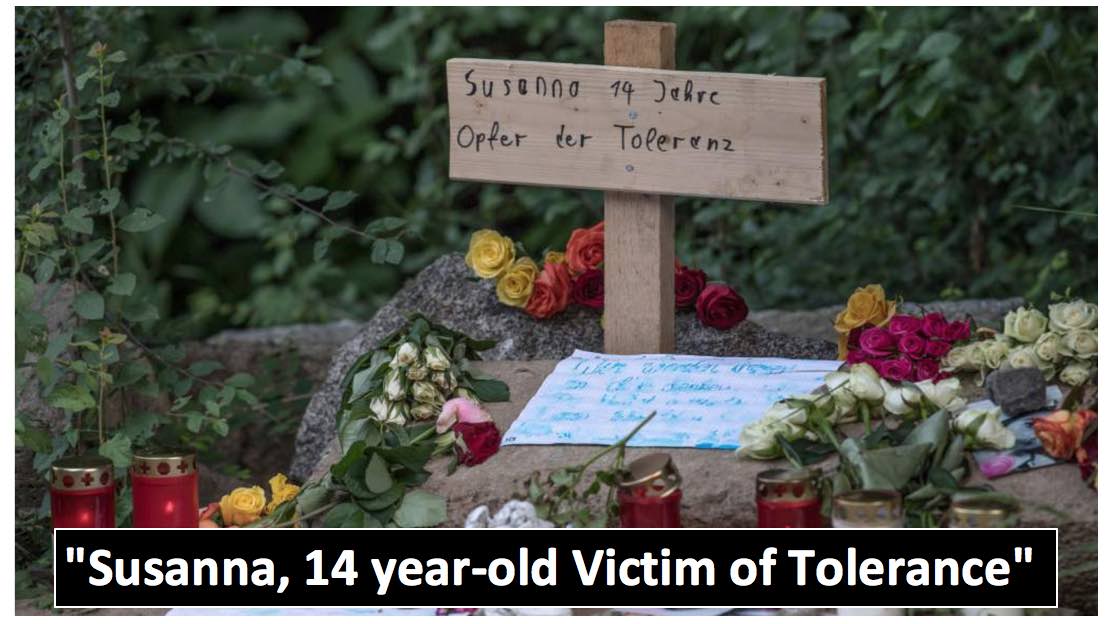 A New York Times report posted before that reported admission, as well as Associated Press items appearing both before and after it, betray a clear reluctance to acknowledge key facts in the case, and an overriding concern that opponents of Germany's permissive migration policy might gain political traction from this horrific crime.

The most recent in-house story at the Times appeared on Friday (the Times's website has carried about a half-dozen wire reports about the case during the past week, including three appearing after reporter Katrin Bennhold's article).

The story's headline effectively told readers that the political implications of the murder were more important than the details of the crime, while its early content labored mightily to avoid mentioning the arrest, causing readers who didn't get that far to believe that the Bashar might be one "suspect" among several:

Commenting on the underlined items:

Finally, Bennhold noted Bashar's arrest in an oh-by-the-way mention at the end of Paragraph 9, after telling readers that he has a prior record of police contact:

The fact that Bashar was able to flee Germany in the manner described leads one to wonder if there isn't more in his background than we're being told.

Bennhold didn't name Susanna Feldman as the victim until Paragraph 13. She never identified Feldman as Jewish, though many other news outlets have, including the UK Telegraph.

At the Associated Press, one four-paragraph item time-stamped Friday, June 8, provided more details about the case than a later one published Saturday.

In the latter item, the AP clearly decided that discussing politics was more important than Ali Bashar's prior record:

Both AP items failed to fully name Susanna Feldman, even though several outlets, including the BBC (June 8) and CNN (June 7), already had. Neither AP report noted that Bashar has admitted to the murder, even though it was widely known by the time AP's second item appeared.