The press has mostly gone off the rails in covering President Trump's proposal to rescind $15 billion in unspent funds, insisting on characterizing the move as "cuts."

The competition for the worst coverage is fierce, but Andrew Taylor's story at the Associated Press, as carried at the Washington Post, probably wins the prize for the most incoherent headline: "Administration proposes cutting $15 billion in unused funds."

In one sense, the AP reporter's headline is an improvement, and his opening paragraphs at least try to explain the situation better than most other press reports. That said, his story used uncalled-for scare-inducing words:

Taylor at least acknowledged that the funds are "unused." Despite recognizing that fact, he failed to recognize these realities:

The Atlanta Journal Constitution (of all places, even with a strong headline: "Trump sending $15 billion budget savings plan to Congress") did a very good job of succinctly explaining the situation:

It's all downhill from there in most of the rest of the press, starting with the reports Google chose to highlight in a web search on "Trump rescission" (not in quotes) done at 1:30 p.m. ET Tuesday: 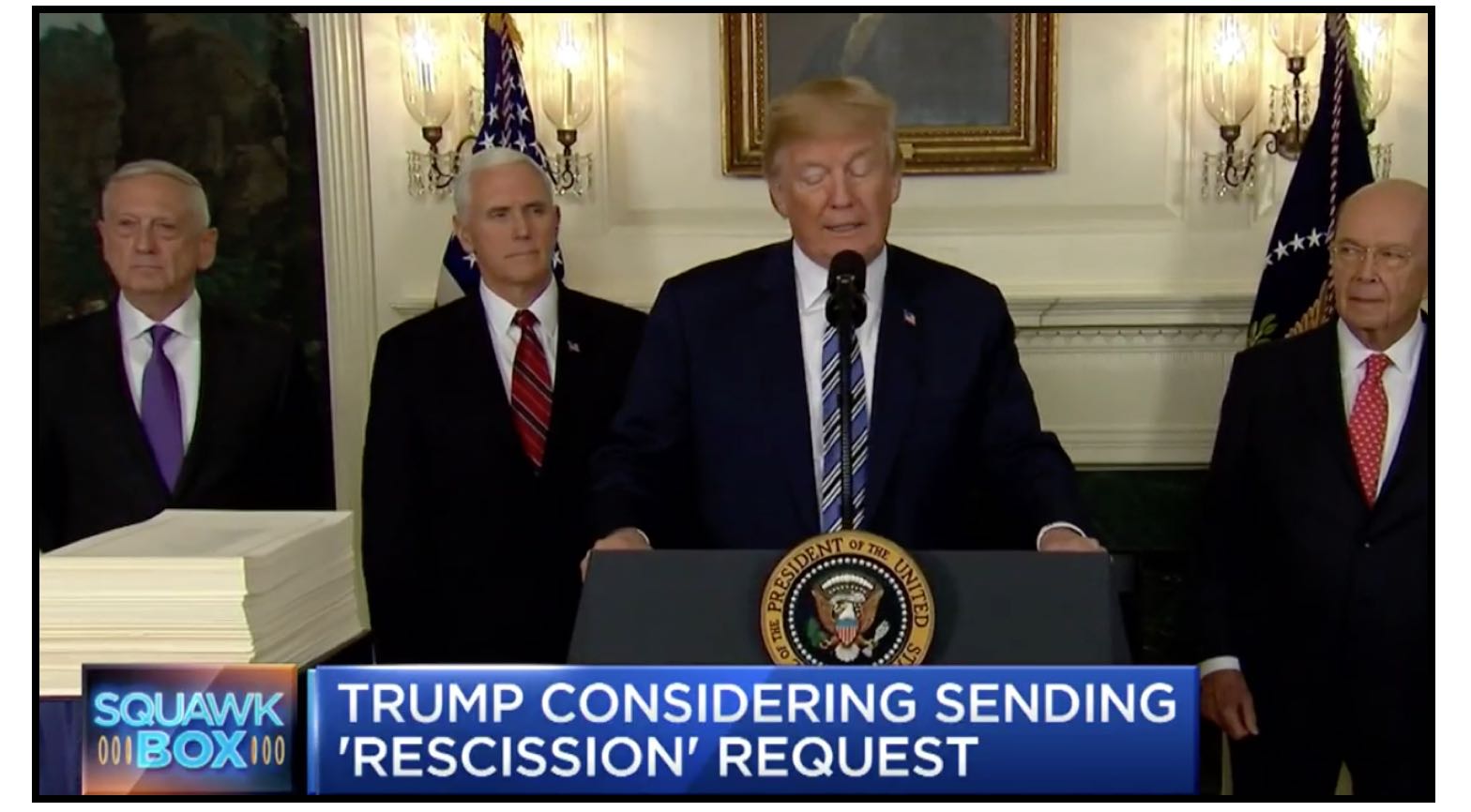 Other headlines which are completely untethered from reality which can fairly be labeled "fake news":

The press is also predictably allowing Democrats to mischaracterize what rescission is. House Democratic Minority leader Nancy Pelosi has called Trump's proposal, which has no impact on current spending, as showing "the hypocrisy of a GOP Congress that insists on tight budgets for children and families while handing enormous, unpaid-for giveaways to corporations and the wealthiest." Good grief.