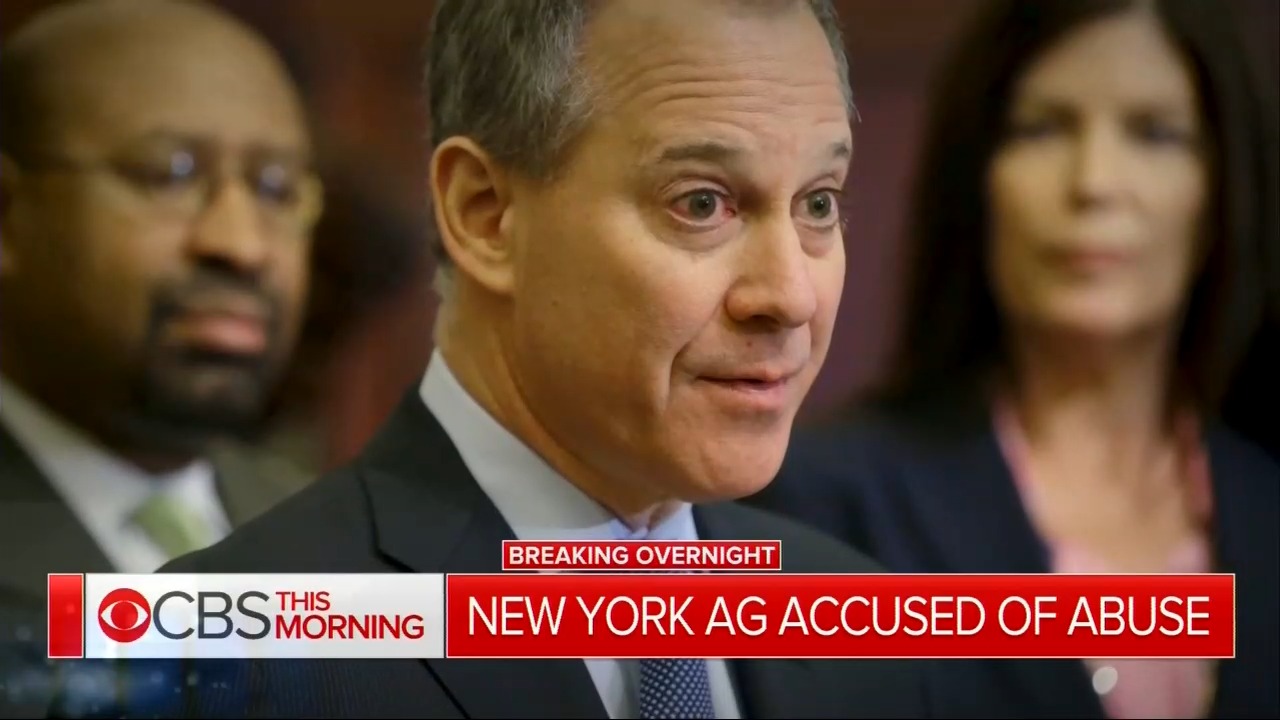 The New York Times's handling of the episode appears to betray deep disappointment.

The second and third paragraphs of Jane Mayer's and Ronan Farrow's bombshell New Yorker piece succinctly summarized the horrors (additional breaks added by me for readability):

... Now Schneiderman is facing a reckoning of his own. As his prominence as a voice against sexual misconduct has risen, so, too, has the distress of four women with whom he has had romantic relationships or encounters. They accuse Schneiderman of having subjected them to nonconsensual physical violence. All have been reluctant to speak out, fearing reprisal.

But two of the women, Michelle Manning Barish and Tanya Selvaratnam, have talked to The New Yorker on the record, because they feel that doing so could protect other women. They allege that he repeatedly hit them, often after drinking, frequently in bed and never with their consent.

Manning Barish and Selvaratnam categorize the abuse he inflicted on them as “assault.” ... both say that he threatened to kill them if they broke up with him.

A third former romantic partner of Schneiderman’s told Manning Barish and Selvaratnam that he also repeatedly subjected her to nonconsensual physical violence, but she told them that she is too frightened of him to come forward. ...

A fourth woman, an attorney who has held prominent positions in the New York legal community, says that Schneiderman made an advance toward her; when she rebuffed him, he slapped her across the face with such force that it left a mark that lingered the next day. She recalls screaming in surprise and pain, and beginning to cry, and says that she felt frightened.

In a December NewsBusters post, P.J. Gladnick noted how the Times portrayed Schneiderman as an anti-Trump hero. It celebrated the New York AG's office "milestone" of having filed "its 100th legal or administrative action against the Trump administration and congressional Republicans" in less than a year, and how "the office has been transformed into a bulwark of resistance. ..."

The Times didn't react very well initially to the New Yorker's scoop, resorting to a passive initial tweet and headline which failed to give appropriate credit (the New York Post also published a story before the Times). An opinion editor at the also rabidly anti-Trump New York Daily News still took sarcastic note of the childishness (HT Twitchy):

The version of the Times story posted just after Schneiderman's resignation reacted with disappointment, saying that it "represented a stunning fall for a politician who had also assumed a prominent role in the #MeToo movement."

The paper forgot to add, "a role which we unskeptically encouraged."

Also on Monday evening, Mr. Trump’s son Donald Trump Jr. dug up an old tweet from Mr. Schneiderman in which he said, “No one is above the law” and tweeted at him, “You were saying???”

Sorry, NYT. The "glee" isn't over the allegations. It's over hypocrsy being exposed and having consequences.