The Associated Press and many of the AP's colleagues in the establishment press have had a nearly 60-year romance with Cuba's brutal communist regime. They have frequently regaled readers with the island nation's "free healthcare" and "free education," as if that makes up for the fact that the typical Cuban subsists on far less than the $2 a day the international community considers extreme poverty.

Thursday, the AP, in a tweet and at least two headlines, pretended that Miguel Diaz-Canel's ascension to Cuba's presidency was the result of being "elected." 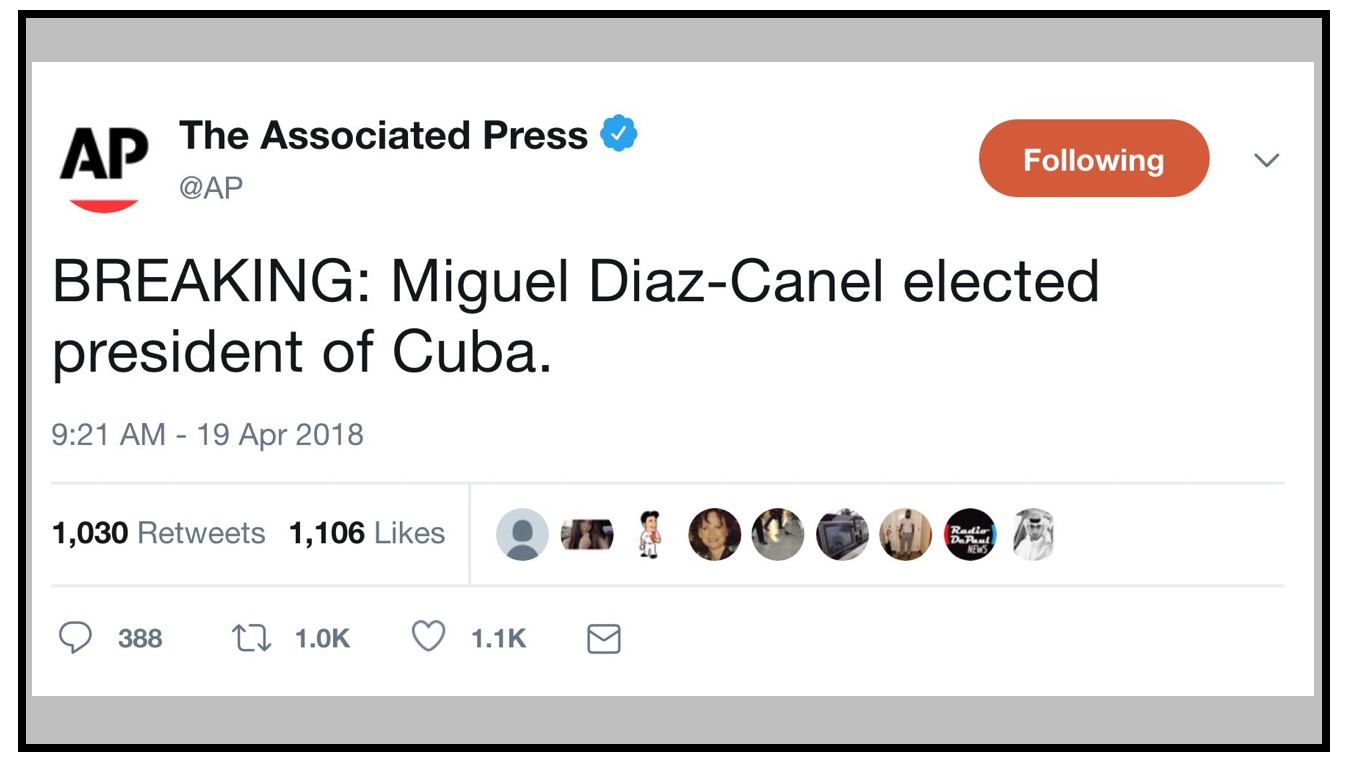 Here's the immediate AP announcement seen at the Washington Post:

Alex Griswold at the Washington Free Beacon  explained why "elected" does not correctly describe Diaz-Canal's ascension to the presidency:

Diaz-Canel, previously the first vice president of the country's Council of State and Council of Ministers, was "elected" by the Cuban National Assembly, compromised entirely of members of the Communist Party of Cuba whose candidacy must by certified by the state. He was the only candidate on the ballot, having been hand-picked by outgoing president Raul Castro to be his successor. 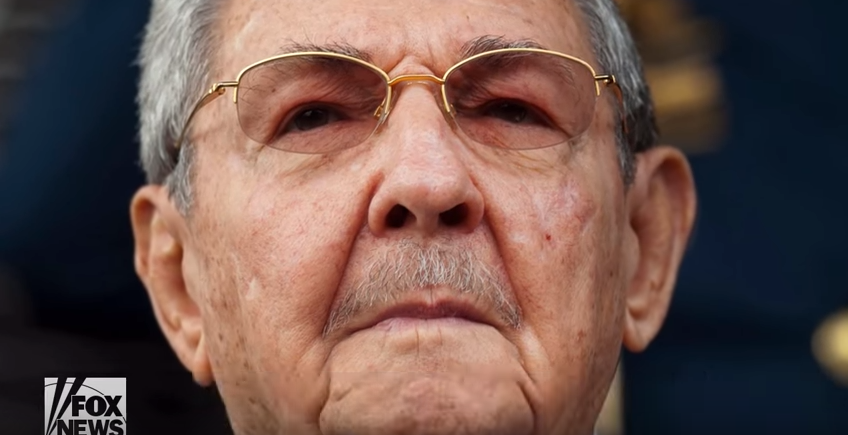 Even "selected" would have been a better choice. Perhaps the AP and leftist media outlets have limited the use of "selected" for describing George W. Bush's fair-and-square electoral victory in 2000; the far-left fringe has always insisted that the Supreme Court "selected" him.

The AP's promotion of Castro has been a decades-long affair: