Before Her Resignation, AP Was 1-for-10 in Labeling Nashville's Mayor As a Democrat

On January 31, Nashville Mayor Megan Barry announced that she had ended an extramarital affair with city policeman and bodyguard Rob Forrest. Since then, except for the Associated Press, the national media showed little interest in covering a whirlwind of subsequent troubling revelations. Even last week's call by the left-leaning Nashville Tennessean for Barry's resignation has been virtually ignored. During that time, the AP failed to tag Barry, who resigned on Tuesday, as a Democrat in 9 of 10 stories.

Two early-February AP items on Barry's announcement failed to tag her as a Democrat.

From then until March 4, APNews.com posted eight related in-house stories. Only one noted that Barry is a Democrat. 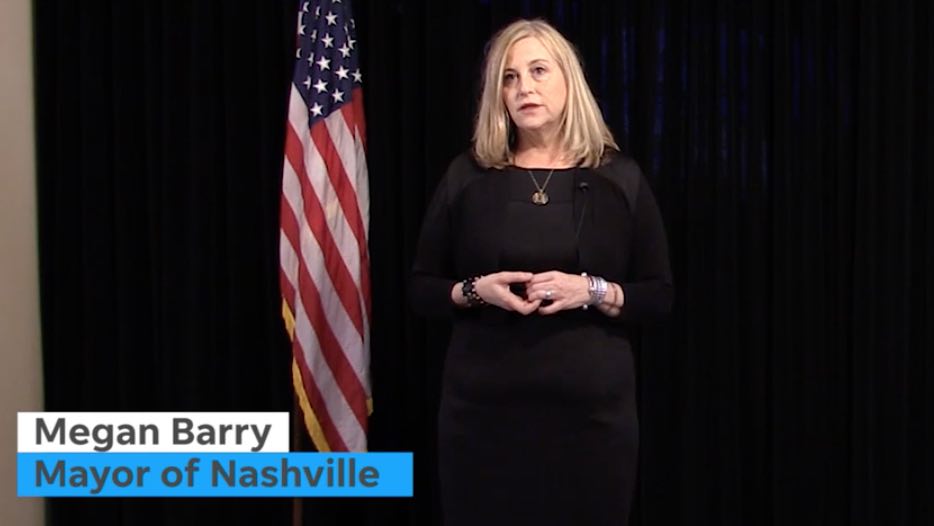 In that single instance (the story's ABC News time stamp is 8:58 p.m. that day), after a nude photo was found on Forrest's phone, reporter Jonathan Mattise identified Barry's party in his seventh paragraph, and went on defense:

The multilevel investigation into the mayor’s affair comes as the national outcry to call out sexual misconduct has led to high-profile resignations from prominent elected officials and executives. Barry, who has been viewed as a rising Democrat, has said she doesn’t want the affair to muddy the “Me Too” women’s movement, since her affair was about middle-aged, consenting adults who had feelings for each other.

Barry's denial of "Me Too" relevance was designed to distract from serious ethical, legal, and financial issues. At least these items were known when Mattise filed his dispatch:

After Barry's January 31 announcement, Forrest immediately retired with an annual pension of $80,000. In late February, his wife filed for divorce. It's fair to characterize Barry, the more powerful person in the relationship, as a homewrecker.

Until she resigned, Barry appeared ready to force the city to pay $395 per hour in investigation-related outside legal fees. A long-shot recall effort was also in the works.

Meanwhile, until she resigned the nation's establishment press snoozed. Broadcast and cable outlets would have been reporting story after story if Barry was a Republican or conservative.

Let's see how often news reports tag Barry as a Democrat now that she has resigned.