Louisville Paper And USA Today: Vandalized 'Kill the NRA' Billboard Is Only a 'Callout'

Tuesday at the Louisville Courier Journal, part of Gannett's USA Today network, two reporters claimed that whoever vandalized a prominent billboard in that city to read "Kill the NRA" had "called out" the gun-rights group. David Harten and Darcy Costello never described the billboard as what it was while it was briefly visible: a violent threat.

The Louisville C-J/USA Today story noted that the NRA had no problem figuring out that the billboard represented a violent threat:

The sign along Interstate 65 northbound near the Fern Valley Road exit read "Kill the NRA." The billboard also was tagged with "Resist 45," a group that opposes President Trump. 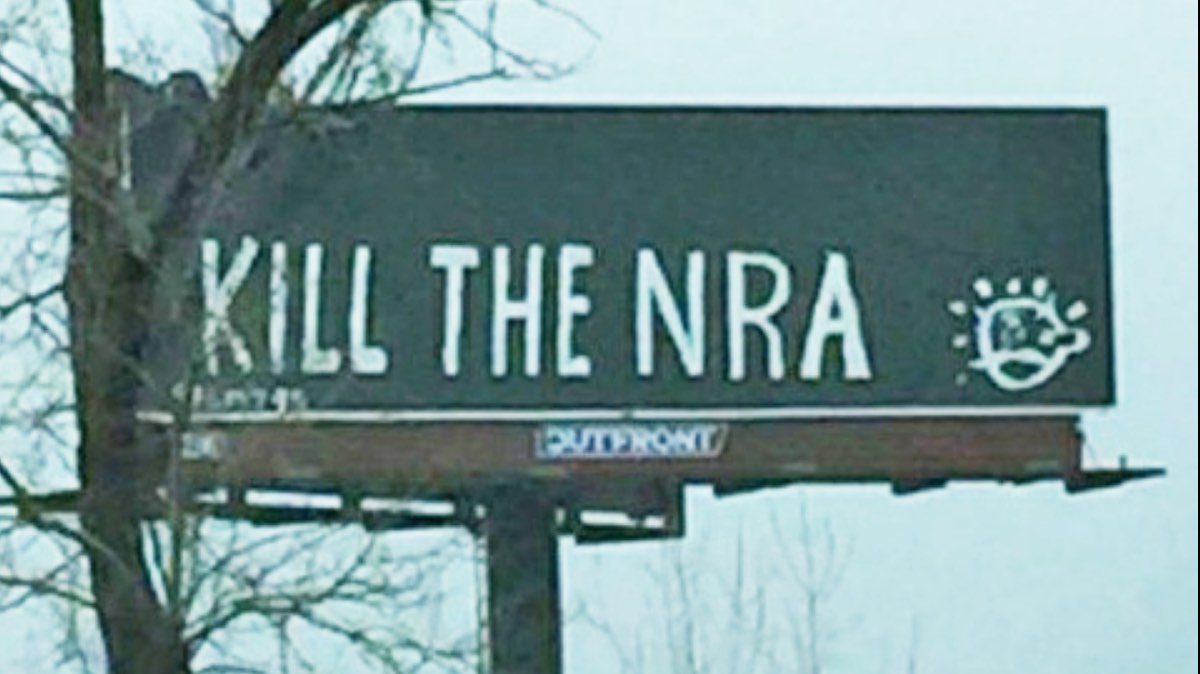 Photos of the billboard, which is owned by Outfront Media, circulated widely on social media Monday. David Watkins, a spokesman for the company, said Tuesday that the vandalism on the Outfront property had been "immediately removed."

... The NRA's official Facebook page shared the sign Monday, telling gun owners that it's "a wakeup call. They're coming after us."

It's hard to imagine that USA Today and others in the media would describe a vandalized billboard reading "Kill Planned Parenthood" as merely having "called out" the nation's largest abortionist.

The cavalier attitude towards this violent threat directed at the NRA and its members is consistent with a similar attitude seen in another Courier Journal report about actual violence inflicted on a conservative politician a few months ago.

In November, shortly after Bluegrass State Republican Senator Rand Paul was physically attacked as he was mowing his lawn by neighbor Rene Boucher, Courier Journal reporter Thomas Novelly, as I noted in a NewsBusters post, "seemed to imply that Rand Paul deserved to be blindsided, tackled and to have possibly life-threatening serious injuries." After all, Novelly's original headline (since changed) declared that Paul "is not a perfect neighbor."

After national media coverage which mostly ignored how Boucher had been "aggressively anti-Trump and anti-GOP in his social media" while focusing on alleged "landscaping disputes" between the two men, seven of Paul's neighbors insisted "that the Pauls are friendly homeowners who kept their property tidy."

Finally, on January 19, Boucher was federally charged with felony assault. The Courier Journal's coverage of that news took four paragraphs to tell readers that Boucher had signed a plea agreement, and would plead guilty.

So a violent threat against a conservative group, and even a violent attack on a conservative, have received extraordinarily indulgent treatment at the Courier Journal. In the latest billboard incident, USA Today was eager to spread this wholly unjustified indulgence nationwide.