At the New York Times on Saturday (Sunday's print edition), reporter Robert Pear seemed unhappy that the Trump administration is reining in an extra-legal tool used by the government's regulatory leviathan. Reading his article's headline — "Administration Imposes Sweeping Limits on Federal Actions Against Companies" — one would think that companies can now run rampant without fear of federal legal repercussions. That's nonsense.

This change is a parting gift from Rachel Brand, the Number 3 person in the Justice Department who announced Friday that she is leaving DOJ to head global corporate governance at Walmart. A New York Times item on Brand's departure claimed that she was "embroiled in the feud between the president and the nation’s law enforcement agencies," but failed to mention what NPR and others reported earlier Friday, namely that "she wasn't looking" when Walmart sought her out.

The opening paragraph of Pear's report started walking back the certainty of his headline, but still retained a sense of alarm:

The Trump administration has adopted new limits on the use of “guidance documents” that federal agencies have issued on almost every conceivable subject, an action that could have sweeping implications for the government’s ability to sue companies accused of violations.

Guidance documents offer the government’s interpretation of laws, and often when individuals or companies face accusations of legal violations, what they have really violated are the guidance documents.

... Under the revised policy, Ms. Brand said, the Justice Department will not “use its enforcement authority to effectively convert agency guidance documents into binding rules.” 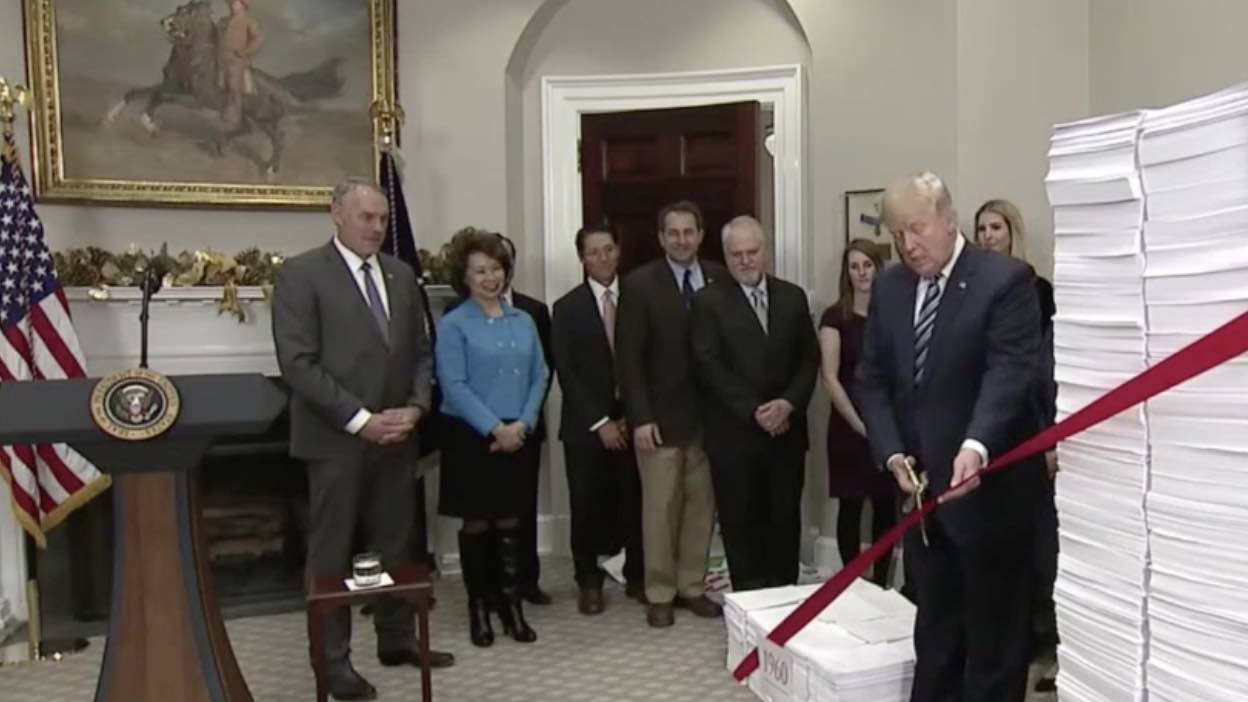 Guidance documents are individual bureaucrats' (not "the government's") interpretations of underlying laws and regulations. They should never have been considered "binding rules."

... Many of the Obama administration’s worst actions involved issuance of “guidance,” i.e., a left-wing interpretation of federal law that was often tendentious if not outright untenable. Nevertheless, most companies, universities, etc., were cowed into complying with Obama’s “guidances."

... Rule making under the Administrative Procedure Act requires following an actual process, with public comment and opportunity for appeal. Thus it is inconvenient for leftists. Issuing “guidance” is an inappropriate shortcut that generally just means implementing the administration’s political wish list.

This is another example of one of the Trump administration’s greatest virtues: restoration of the rule of law.

Pundits on all sides have told us time and again, during the 2016 presidential campaign and since his administration took office, that Donald Trump is the greatest threat to the rule of law in U.S. history. In this matter, they're obviously wrong.

Pear's Times piece goes on to moan about how "consumer advocates" and "environmental and civil rights lawyers" are upset — which confirms that this is an "it's about time" move.