At the Cincinnati Enquirer on Monday, reporter Jessie Balmert "fact-checked" President Donald Trump's afternoon speech at a suburban manufacturer. Balmert is the Enquirer reporter who in mid-2016 told readers that there were 220,000 U.S. murders in 2015 (actual number: 15,192). As would be expected, her Monday "fact check" was riddled with obvious errors and distortions.

Balmert concentrated on Trump's economic claims, demonstrating inaccuracy and incoherence others would find hard to match. This post covers three of her worst botches.

... Ruling: Mostly true. (Balmert also applied this evaluation to statements about black and Hispanic unemployment at the same time. — Ed.)

... Last month, U.S. unemployment hit a 45-year low – the lowest since the government began tracking the figure in 1972. That's not the beginning of the country, but there's no way of tracking earlier unemployment rates. 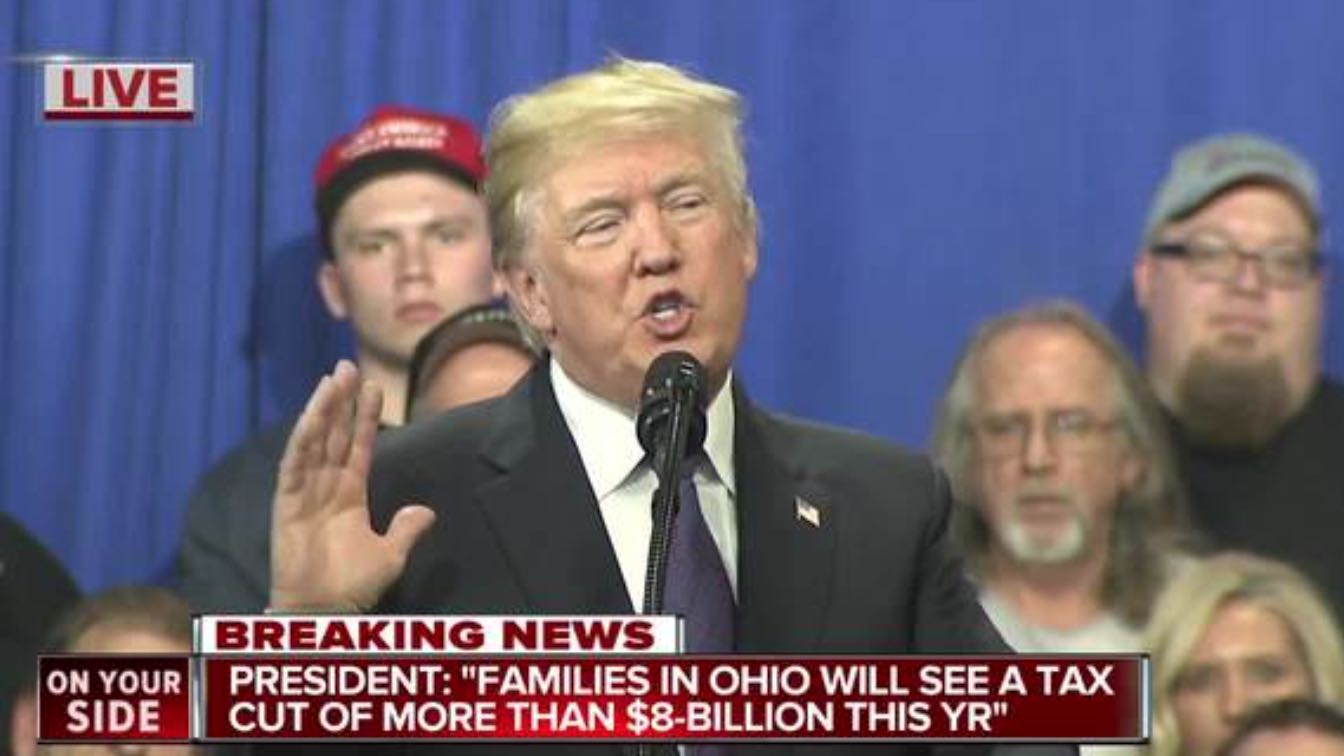 Trump understated the significance of currently low claims. 4-week average claims during late October, early November, and January have been below 0.167 percent of the roughly 140 million Americans in the "Covered Workforce" eligible for benefits if laid off. That's the lowest percentage in 51 years of available online data, and the lowest since the late-1930s beginning of the unemployment insurance system.

Claim: "Wages are now, for the first time in many years, rising."

U.S. workers' wages and benefits grew 2.6 percent last year, the fastest 12-month pace since the spring of 2015, according to the Associated Press.

Again, Trump implied he was the reason.

Business Insider estimated that a family of four making $75,000 annually would save $2,244. That's down from the $3,983 they would have paid under previous law.

Trump spoke of a "typical" family, not every family. His claim was absolutely true.

Balmert's LinkedIn page touts her awards for "Excellence" and "best news writing." If she's really one of the best, it's easy to see why local and regional newspapers have fallen on hard times.