Airport Denizens, Beware: Ubersnitch Lena Dunham Promises 'I Hear All and See All'

Among the unhinged, actress Lena Dunham is vying for front-row occupancy. The former creator and star of HBO's Girls series has tried to make a name for herself among leftists in a variety of ways during the past several years. The media have papered over her inability to distinguish between truth and fiction.

Dunham's most recent attempt last week involved telling the world that people around her at airports and airline flights (and surely elsewhere) will have to conduct themselves properly by her lights or be exposed, lest Big Sister Lena expose, amplify and perhaps even invent their alleged speech transgressions.

On Thursday, Fox News reported that Dunham warned fellow airline travelers in an Instagram post that "I hear and see all" (HT Victory Girls; bolds are mine throughout this post):

Lena Dunham to airline travelers: ‘Watch out for me, because I hear and see all’ 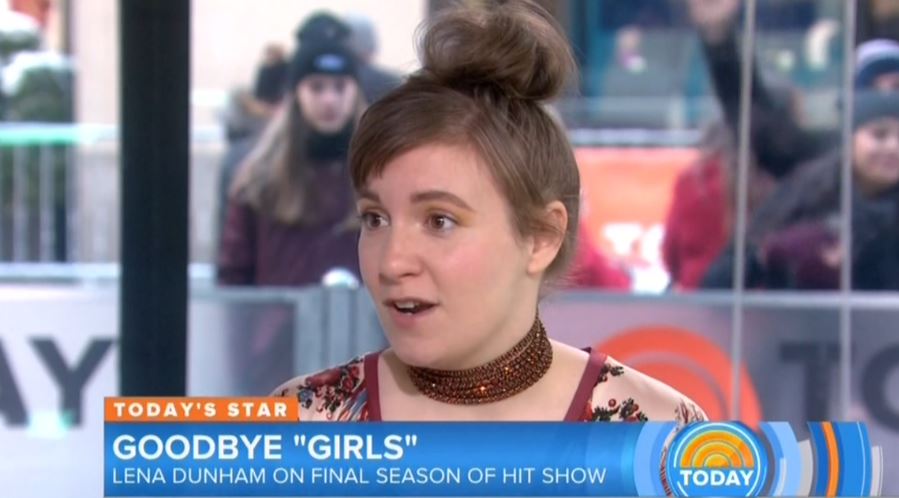 Airline employees and travelers beware: Lena Dunham is watching you like a hawk.

On Wednesday afternoon, the actress and “Girls” creator took to Instagram to share a short message from what appeared to be the security gate at an unknown airport.

One would think that someone with Dunham's miserable track record for "hearing and seeing all" and relaying it accurately would refrain from 1984-level threats against her fellow travelers. Nope.

In early August, as Corinne Weaver at NewsBusters noted in a post whose headline perfectly began with "No Free Speech Allowed," Dunham accused unnamed American Airlines employees of saying things which she could not possibly have heard:

(Dunham claimed she) was triggered ... by the “transphobic talk” she overheard from two flight attendants. (It’s easier to hear things up in First Class). This must have been a truly horrible experience since not only did she send in her complaint to American Airlines via text, but she also posted her grievances on Twitter. Hearing the supposed hate speech was, for her, “the worst part of the night.”

... In a text to the airline that was later tweeted out on her profile, she wrote: “I heard 2 female attendants walking talking about how trans kids are a trend they’d never accept a trans child and transness is gross. I think it reflects badly on uniformed employees of your company to have that kind of dialogue going on. ... awareness starts at home but jobs can set standards of practice.”

The problem is, as the aforementioned Fox report notes:

... a representative for American Airlines told Fox News that they were “unable to substantiate” any of Dunham’s allegations.

At the time, ABC News also reported that Dunham was flying out of JFK’s Terminal 4 when she claimed to have overheard the AA employees, even though American Airlines operates out of Terminal 8. Dunham declined to comment on the matter.

Contrary to what Fox reported, Dunham did comment on the matter on Twitter when what she claimed to have heard was shown to be fictional:

What Lena Dunham calls "my truth" is not true.

This is even more frightening, because, even at age 31, this desperate attention-seeker continues to simply make things up if she feels doing so will advance her career or her causes.

As I noted in a NewsBusters post in December 2014, Dunham, in her Not That Kind of Girl book, claimed to have been raped by someone named "Barry" (an alleged conservative Republican, of course) when she was a student at Oberlin College in Ohio. As I wrote at the time:

... The problem is that she flagged a name used earlier in her book as a pseudonym but didn't do the same with "Barry." A guy really named Barry who also attended Oberlin College when Dunham was there has now become an object of suspicion, even though the real Barry doesn't fit Dunham's detailed description of him, his interests, his job, or his clothing. The real Barry has reportedly spent a considerable amount on legal fees in an attempt to get Dunham and Random House, the book's publisher, to do the right thing.

... Dunham expects us to believe she is so dense that she didn't anticipate that exposing specific details about a "Barry" people had every reason to believe was really named "Barry" wouldn't lead people like John Nolte at Breitbart to try to find him.

... (Note proved beyond doubt that) "Dunham's rape story didn’t just fall apart; it evaporated into pixie dust and blew away."

... What we're left with is a woman who appears to despise Republicans and conservatives so much that she was willing to invent details surrounding the circumstances of her rape — or, potentially even worse, to totally invent a story of rape — to discredit and smear those who disagree with her politically and socially.

It is beyond obvious that the establishment press is on a mission to protect Dunham's reputation at all costs. As I noted in that December 2014 post, the Associated Press, in its coverage of the controversy, "stopped just short of declaring the whole problem the fault of readers, whom they apparently expect to be endowed with telepathic powers for determining whether 'Barry' and other named characters in Dunham's book are part of the 'some names' which have been changed" in that book.

The sad truth is that the overwhelming majority of the establishment press's news and entertainment outlets, as in the past, have given Dunham a pass for this overt threat to anyone within earshot. Searches on Dunham's name (not in full quotes) at the Associated Press's primary news sites, hosted.ap.org and apnews.com, indicate that the wire service has no related story. Naturally, the New York Times also has nothing relevant. For all practical purposes, they're treating Dunham as untouchable because she has the "correct" political beliefs and avidly supported Hillary Clinton. Nothing else matters.

Nothing short of full exposure of Dunham's pattern of deceit, and now her new pattern of Big Sister snitching, will chasten her. When will someone in the establishment press summon up the courage and integrity to do the right thing?