On Tuesday morning, the Associated Press left no doubt that it does not want to see detailed news of the outrageous United Auto Workers-Fiat Chrysler training scandal spread beyond Metro Detroit.

In an unbylined item which digested far longer reports seen at Detroit's major newspapers down to five paragraphs, the wire service kept the union out of its headline, failed to mention the union until the fourth paragraph, and omitted almost all of the details which caused a Chrysler financial analyst to plead guilty to his role in the conspiracy.

Let's start with that headline:

Anyone previously unfamiliar with the scandal who sees this headline in a list of stories and fails to click through, or sees it in print and decides not to read further, will believe that the scheme involves only the corporate finances of Fiat Chrysler.

Now here's the AP's five-paragraph item, found in identical form at its main national site and its APnews.com site:

The first paragraph makes it appear as if the Fiat Chrysler "analyst" (more properly described, as will be seen later, as the training center's controller) illegally funneled company funds. That's incorrect. The funds involved belonged to the UAW-Fiat Chrysler Training Partnership. In these circumstances, UAW officials ordinarily approve vendor and other invoices, and the company, after cursory review, physically prints and mails checks payable from allocated funds. The union has similar arrangements with General Motors and Ford.

Even when the AP got around to mentioning the UAW in its story's fourth paragraph, it failed to identify the training fund's administration as the primary responsibility of the union. It also did not identify the amount of "funneled" money involved. Finally, it failed to describe how the money, which was supposed to be targeted towards worker training as part of a negotiated labor agreement, was misappropriated.

Excerpts from the Detroit News coverage of Durden's plea show how many sadly relevant details the AP chose to omit (bolds are mine): 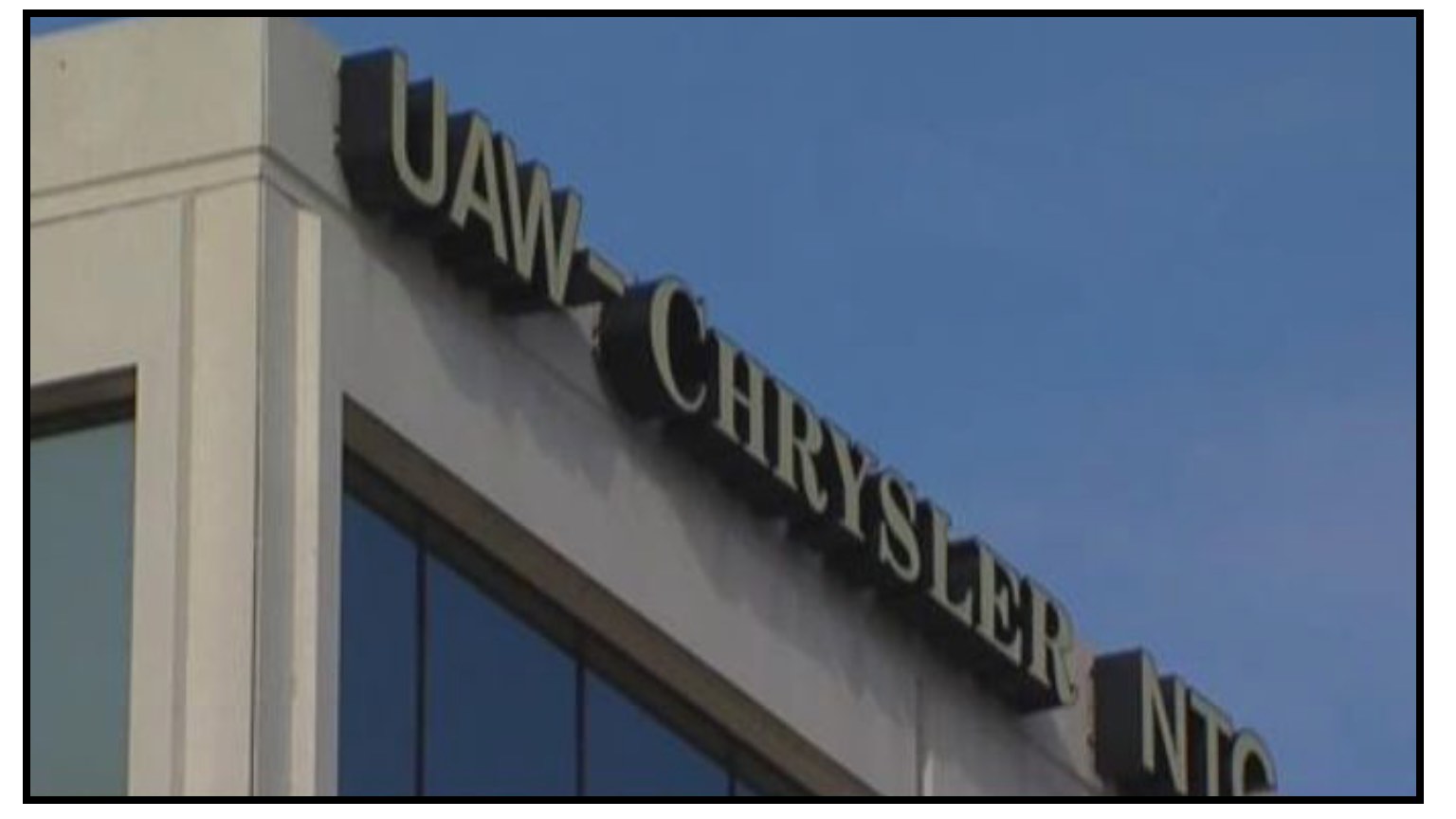 A former financial analyst with Fiat Chrysler Automobiles NV who is charged with helping to improperly channel more than $4.5 million in blue-collar training funds to union officials pleaded guilty in U.S. District Court on Tuesday.

Jerome Durden, 61, of Rochester Hills, faced charges of conspiracy to defraud the U.S. and failure to file a tax return — all linked to an investigation into improper financial activities at the UAW-Chrysler National Training Center. Durden was the center’s controller and pleaded guilty to both charges. He allegedly used some of the training funds for $4,300 in new carpeting at his home.

... Durden is expected to cooperate with prosecutors ...

... He is one of three charged in the case which came to light in an unsealed indictment released in late July. Former top Fiat Chrysler labor negotiator, 57-year-old Alphons Iacobelli, also faces charges as does Monica Morgan-Holiefield, 54, of Harrison Township. She is the widow of former UAW Vice President General Holiefield.

Durden is alleged to have helped transfer millions of dollars in training center funds to Holiefield, Morgan-Holiefield and Iacobelli who used the funds on personal luxuries.

... As part of the scheme from 2009 to 2015, Durden “agreed and conspired” with Iacobelli, Holiefield, Morgan-Holiefield, a senior UAW official called UAW-2, the training center and the Leave the Light on Foundation, other individuals and entities to defraud the U.S., according to court filings.

... Durden admitted to “preparing and filing numerous false tax returns” on behalf of the nonprofit training center and the Leave the Light on Foundation and acknowledged the false tax returns caused more than $1 million in tax losses to the U.S., prosecutors say.

... Iacobelli is accused of pocketing union worker training funds to buy a $350,000 Ferrari, two solid-gold Mont Blanc pens and to install a pool and outdoor kitchen at his upscale Rochester Hills home.

Morgan-Holiefield, the widow of Holiefield who died in 2015, is alleged to have received some $30,000 in airline tickets and had the $262,000 mortgage on her and Holiefield’s home paid off using the training center funds.

So the AP decided that it didn't need to tell readers that:

This formerly alleged but now acknowledged conspiracy, though jointly hatched by criminal minds at both Fiat Chrysler and the UAW, was perpetrated with union money and the cooperation of union executives in whom UAW members at the company had placed their trust.

As I noted in a Saturday NewsBusters post, in a union organizing election last week at a Nissan plant in Mississippi, Nissan cited the UAW-Fiat Chrysler scandal as a reason why its workers should reject UAW representation. They did, by a 62 percent to 38 percent margin.

The AP's bare-bones treatment of this metro Detroit-based corruption virtually guarantees that most people outside the Motor City and its suburbs won't hear a word about the latest news relating to this scandal. But why should we expect an organization whose reporters are represented by the News Media Guild to properly cover and distribute a story which makes organized labor look bad?

What was feared when the Supreme Court allowed AP workers (and eventually, other journalists) to organize in a 5-4 decision in 1937 — namely that the wire service and other entities would lose their ability to "preserve its news service free from color, bias, or distortion," especially in covering organized labor-related matters — has quite obviously come to pass.