In what can hardly be a coincidence, Daniel Payne at the Federalist.com reports that "someone cut from a re-release of the episode" a 76-second segment from Nye's original 1996 program on "Probability" explaining how a child's sex is determined at conception.

The full 1996 episode is here. The segment on male and female chromosomes and their role in sex determination follows a two-minute segment on bell-curve probability, and appears at the 7:54 mark.

But, as noted, The Federalist's Payne (HT Instapundit) says it's not there any more in the episode's re-release (bolds are mine throughout this post):

Last week The Federalist reported on an illuminating segment from a mid-1990s episode of “Bill Nye the Science Guy” that clashes directly with modern transgender ideology. It appears that someone cut this segment from a re-release of the episode.

... In the clip reported on by The Federalist, pulled from the January 19, 1996 episode of the series, a young woman explains that “inside each of our cells are these things called chromosomes, and they control whether we become a boy or a girl.”

... This clashes directly with Nye’s current feelings on sex: in a recent episode of his new Netflix series, “Bill Nye Saves the World,” Nye claims that the “male and female” binary is “more like a kaleidoscope.” Instead of the simple XX and XY combinations, Nye asserts that “we see more combinations than that in real life.”

“What makes someone male or female,” Nye says, “isn’t so clear-cut.”

Nye’s evolution on the subject of biological sex is roughly in line with that of standard progressive gender ideology, which is hardly surprising—Nye has become something of a progressive spokesman. What is shocking, however, is that Nye or someone else appears to have gone back and censored the episode of “Bill Nye the Science Guy” that featured the original chromosome segment.

On Netflix’s collection of episodes of “Bill Nye,” the 23rd episode, entitled “Probability,” is identical to that which originally aired in 1996—except that the segment on sex and chromosomes has been excised completely. The episode offers no explanation whatsoever. The show simply moves from the segment immediately prior the deleted clip to the segment immediately following it.

My only bone of contention with Payne is his description of the move as "shocking." It is brazen, but given the documented fiddling we've seen with data related to global warming, Nye's primary pet cause, why should we be surprised, alone shocked, that he or someone else sympathizing with him would do something like this?

Here is the segment Payne reports was deleted on what really "makes someone male or female":

ACTRESS: I'm a girl. Could have just as easily been a boy, though, because the probability of becoming a girl is always 1-in-2.

See, inside each of our cells are these things called chromosomes. And they control whether we become a boy or girl.

Your mom has two X chromosomes in all of her cells, and your dad has one X and one Y chromosome in each of his cells. 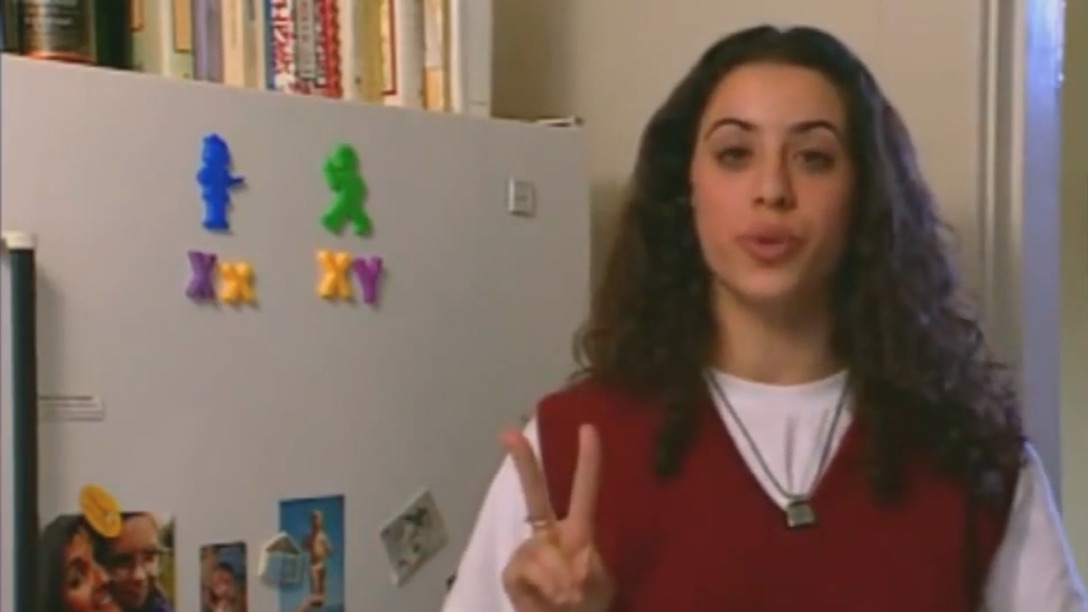 See, there are only two possibilities: XX, a girl, or XY, a boy.

(After flipped coin lands on X) Some people are just lucky, I guess.

There's not much "fluidity" in that presentation, is there? Except for the fact that the global warming and climate change disciples have completely ruined the term, one might even be tempted to call what is presented in the above segment "settled science."

No wonder Payne discovered that this inconvenient, truth-containing segment is now missing from the 1996 episode's re-release.