Thursday at NewsBusters, I noted that all of the major-media "fact-checking" efforts recognized by Duke University's ReportersLab.org website lean left, and that almost all of them are quite decidedly on the left. That only begins to explain how the "fact-checkers" are distorting the news landscape.

It isn't just that the evidence they select and the evaluations they reach are inevitably left-biased, sometimes laughably so (e.g., CNN evaluating Sean Spicer's recent crack about Russian dressing). That's bad enough. The bigger problem is that they overwhelmingly select facts presented by Republican and conservative politicians and pundits, while ignoring similar howlers generated by the left.

John Hinderaker at Powerline, who has been looking at these matters for some time, took note of the following on April 4 in criticizing The Associated Press. The AP is one of the 43 U.S.-based entities on Duke's worldwide map of fact-checking sites, and is one of five organizations Facebook has engaged to help it ferret out so-called "fake news" and false claims:

Like other Democratic Party news outlets, the Associated Press is conducting a daily war against President Trump and his administration. This war is waged through biased news stories, which are legion, and through the AP’s purported “fact checks.”

(Regarding AP's "fact check" of a deliberate exaggeration Trump made in a speech about Barack Obama's stimulus plan that “Nobody ever saw anything being built,”) Obama’s stimulus plan was sold as a “shovel-ready” infrastructure building program, but that turned out to be an insignificant portion of the whole. The AP doggedly documents the fact that a tiny portion of Obama’s stimulus bill went for infrastructure, and therefore Trump is supposedly a liar.

... This kind of thing happens over and over. Often, it is worse. On Saturday, the AP accused President Trump of “false advertising,” even though it didn’t show that Trump said anything that was false. It merely quoted his statements on various issues and countered with the democratic party’s talking points.

Now let's get to Hinderaker's most powerful point (bolds in the list flag items solely about Trump or conservatives):

Here are the headlines for the last 25 AP “fact checks.” Judge for yourself:

The Associated Press was once a respected news service, but today it is just one more member of the Democratic Party’s press auxiliary. 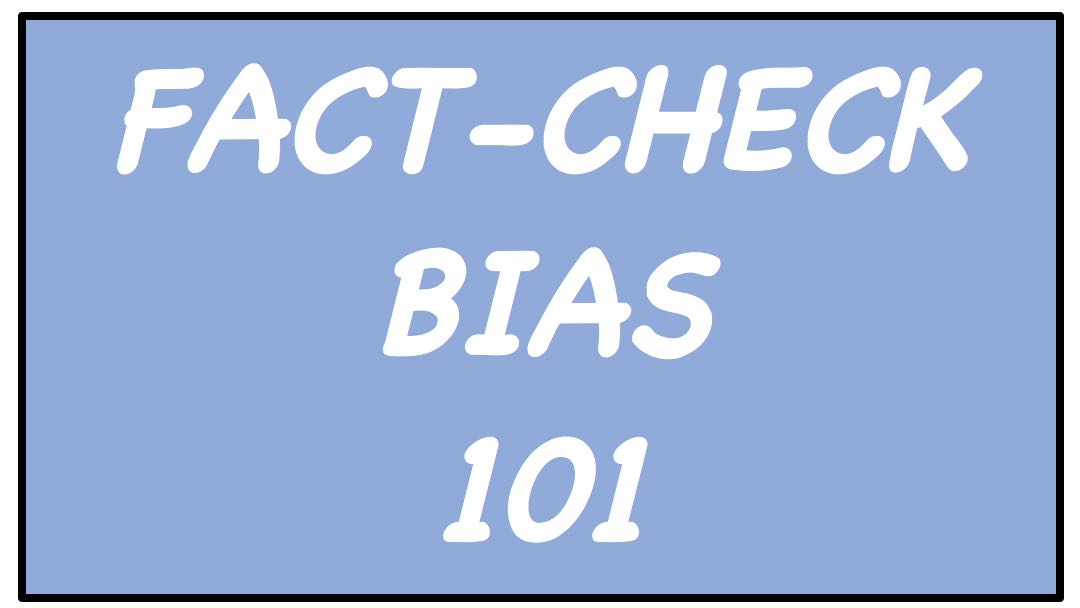 As of early Friday evening, five of the seven AP "fact checks" since Hinderaker's post have exclusively gone after Trump or members of his administration. All told, combined with the 19 out of 25 such items on Hinderaker's list, that makes 24 out of 32. Even that's an understatement, because as seen earlier, one AP item looked at nine different Trump-related claims. Bravely assuming none of the other items above evaluate multiple claims, the brings us to 32 out of 40, or 80 percent of all recent "fact checks."

The AP is not an isolated example. Readers going to the first few pages compiling recent "fact checks" by Politifact will see a clear tendency to go after Republicans and conservatives combined with a stubborn reluctance to give them the benefit of the doubt.

A comparison which looks at the number of times the Politifact has evaluated the statements of certain well-known politicians demonstrates how obvious the lack of balance is:

The three governors listed above have been in power since the 2010 elections, and Schumer's national profile, which has never been low, thanks to his attention-seeking nature, rose at roughly the same time.

To believe that Politifact doesn't have a selection bias, one has to defend the absurd notion that Walker and Scott have consistently made controversial or questionable statements or claims worthy of evaluation at a rate 15 times greater than Schumer and Cuomo (323 for Walker and Scott combined compared to 21 for the two New Yorkers).

The goal of this constant drumbeat of criticism aimed at the center-right is to convince relatively disengaged voters that leftists and Democrats are the safer alternative in elections; after all, according to the "fact checkers," they "obviously" don't play fast and loose with the truth like the GOP and conservatives do.

Another observation that can be made is that so-called fact-checks can have an effect on close elections and undecided voters (or ones unaware of how biased fact-checking sites are).

That said, it's probably fair to say that most news consumers looking for genuinely fair and balanced evaluations have figured out what these sites are up to, and are tuning their nonsense out in ever-increasing numbers. Additionally, certain politicians, most notably President Trump, have had some success going after the "fact checkers," significantly damaging the presumptive credibility they once had. This tactic's effectiveness especially grew after it became clear that Hillary Clinton was using "fact checkers" during the presidential debates as a cowardly cop-out to avoid genuinely addressing the Republican candidate's contentions.

Their weakening position would explain why fact-checkers are forging alliances with the world's largest search engine and the dominant social media provider to force online news readers to look at their work even before they see the news itself. A future post will show how these alliances threaten to tighten the establishment media's control over the news narrative while marginalizing center-right media and alternative voices.