This past weekend, Erica Werner and Alan Fram at the Associated Press had a good old time beating up on President Donald Trump and the Republican-controlled House over their "humiliating failure" to repeal and replace the Affordable Care Act, aka ObamaCare. In the process, though, the reporters, who have been covering Washington politics since the ACA's inception, betrayed breathtaking ignorance of one of its basic principles, calling into question whether they have any genuine knowledge of the legislation the GOP tried and failed to repeal and replace.

Werner and Fram issued two stories. One appeared Friday morning (saved here for future reference, fair use and discussion purposes) after it became clear that Speaker Paul Ryan would not let the legislation get to the House floor. This story is no longer present at the wire service's main national site or at its "Big Story" site. It is still visible at a few AP-subscribing sites, and the favored headline appears to have been "No repeal for 'ObamaCare' — a humiliating defeat for Trump." Where's Paul Ryan's name? (Answer: Absent until the third paragraph.)

That first report applied salt to the alleged wounds — liberally, course (bolds are mine):

In a humiliating failure, President Donald Trump and GOP leaders pulled their bill to repeal "ObamaCare" off the House floor Friday when it became clear it would fail badly — after seven years of nonstop railing against the law. 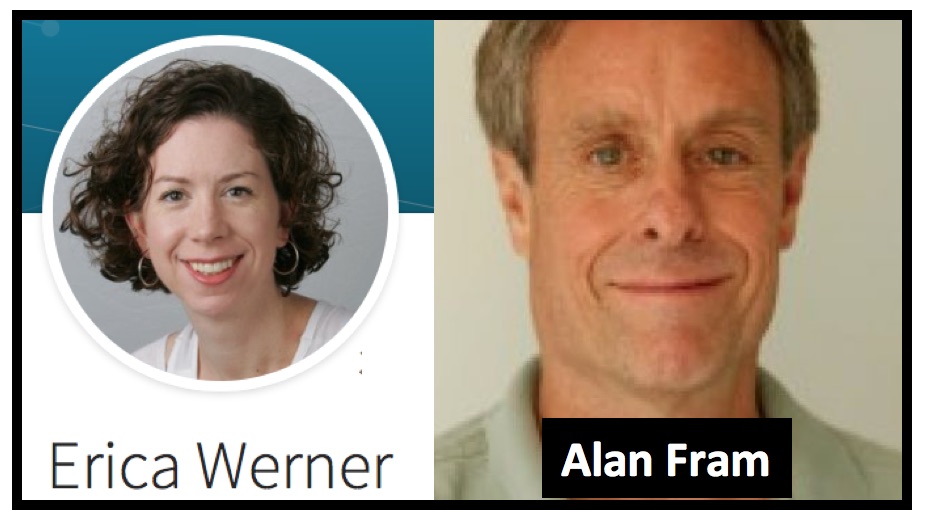 Democrats said Americans can "breathe a sigh of relief." Trump said the current law was imploding "and soon will explode."

Thwarted by two factions of fellow Republicans, from the center and far right, House Speaker Paul Ryan said President Barack Obama's health care law, the GOP's No. 1 target in the new Trump administration, will remain in place "for the foreseeable future."

It was a stunning defeat for the new president after he had demanded House Republicans delay no longer and vote on the legislation Friday, pass or fail.

His gamble failed. Instead Trump, who campaigned as a master deal-maker and claimed that he alone could fix the nation's health care system, saw his ultimatum rejected by Republican lawmakers who made clear they answer to their own voters, not to the president.

The second story, apparently intended to replace the first and send it down the AP memory hole, currently has a late Saturday time stamp at the "Big Story" site. But Google searches on its title ("Self-inflicted collapse chokes GOP effort to undo ObamaCare") indicate that it first appeared very early Saturday morning.

Naturally, there was more crowing:

With a bill that counted Friday, they choked. It was an epic, damaging, self-inflicted collapse that smothered the GOP effort.

Since we're on the topic of "choking," given a chance to explain a very basic point to the American people about ObamaCare, look at how Werner and Fram completely whiffed on a very basic fact in their first story:

Republican tax credits would have been based on age, not income like Obama’s ...

It hardly seems possible, but Erica Werner and Alan Fram, two reporters at the nation's de facto gatekeeping news source who have been in the thick of Washington politics and public policy since Barack Obama became president over eight years ago, during the run-up to the Affordable Care Act's passage seven years ago, and through its first four enrollment seasons, failed to tell their readers that Obamacare's tax credits are both income- and age-based.

One must assume, despite their assigned tasks, that it's because, after all this time and all that exposure, they still don't know it.

For a same-age couple with no children at different ages and incomes, the graphic shows that:

In other words, as noted above, ObamaCare's tax credits are both income- and age-based. Choke on that, Erica and Alan.

As to the congressional "choke," I doubt that any Associated Press reporter or any other establishment press journalist wrote that Democrats "choked" in 1993-1994 when they similarly failed to bring the mammoth piece of healthcare legislation championed by then-First Lady Hillary Clinton up for a vote (it's conceivable, but my searches, even at a library database, unearthed no evidence that anyone did).

But if that failure isn't a two-year "choke" dating back to President Bill Clinton's inauguration in January 1993, what is?