When a wolf pack sends out one of its members to kill, is it really a "lone-wolf" attack? Hardly. But that's the mythology to which Sudip Kar-Gupta at Reuters was clinging on Thursday in covering the view of the attacks from France.

Three French high school students were among the injured.

The first sentence of Kar-Gupta's report set the tone (bolds are mine throughout this post):

Far-right leader Marine Le Pen on Thursday said the lone-wolf attack outside parliament in London underscored the need for tighter border controls, as France shuddered at an incident that reopened wounds inflicted by similar assaults at home.

Sadly, U.S. readers need to understand, and I daresay most don't, that reporters in Europe, including those for U.S.-based news outlets, routinely tag anyone who supports any form of border control — or, for that matter, advocates freer markets, or is prolife, or holds virtually any center-right view, i.e., what most people in the U.S. would consider "moderate" or "mainstream" — as "far-right." Meanwhile, the use of the term "far-left" is extraordinarily rare.

As to the "lone-wolf" nature of the London attack, the Reuters reporter contradicted the dispatch's opening sentence just five paragraphs later:

British Prime Minister Theresa May said the assailant who killed three people and injured dozens before being shot dead was British-born. Police arrested eight people in a series of raids in London, Birmingham and other parts of the country.

The latest casualty count of those harmed by terrorist Khalid Masood is four dead and 50 injured.

At the time of Kar-Gupta's dispatch (7:45 a.m. EDT Thursday morning, early afternoon in Western Europe), Masood had not yet been identified as the attacker. That did not occur until late afternoon Western European Time on Thursday (shortly before noon U.S. Time).

Yet, as seen earlier, based only on the fact that one person had actually conducted the attack, the reporter described it as "lone-wolf," even though eight others had already been arrested. Perhaps recognizing the absurd level to which the narrative was sinking, Kar-Gupta didn't even make it clear that the arrests were connected to the terror attack. (In case anyone has any doubt, they were.)

Reuters was not alone in clinging to the "lone-wolf" notion. Based on its report's updated Saturday time stamp, the UK Sun was still stuck there two days later, even though its content concerned who Masood might have been messaging on WhatsApp just two minutes before his attack.

It should have been clear by the time so many others had been arrested that the "lone-wolf" characterization was far from certain, and should never have been reported as if it was. Since then, the evidence of extensive involvement of others has mounted:

The terrorist Khalid Masood was not a “lone wolf” and others had played a key part in indoctrinating him and helping to carry out Wednesday’s deadly attacks in London, security officials believe. 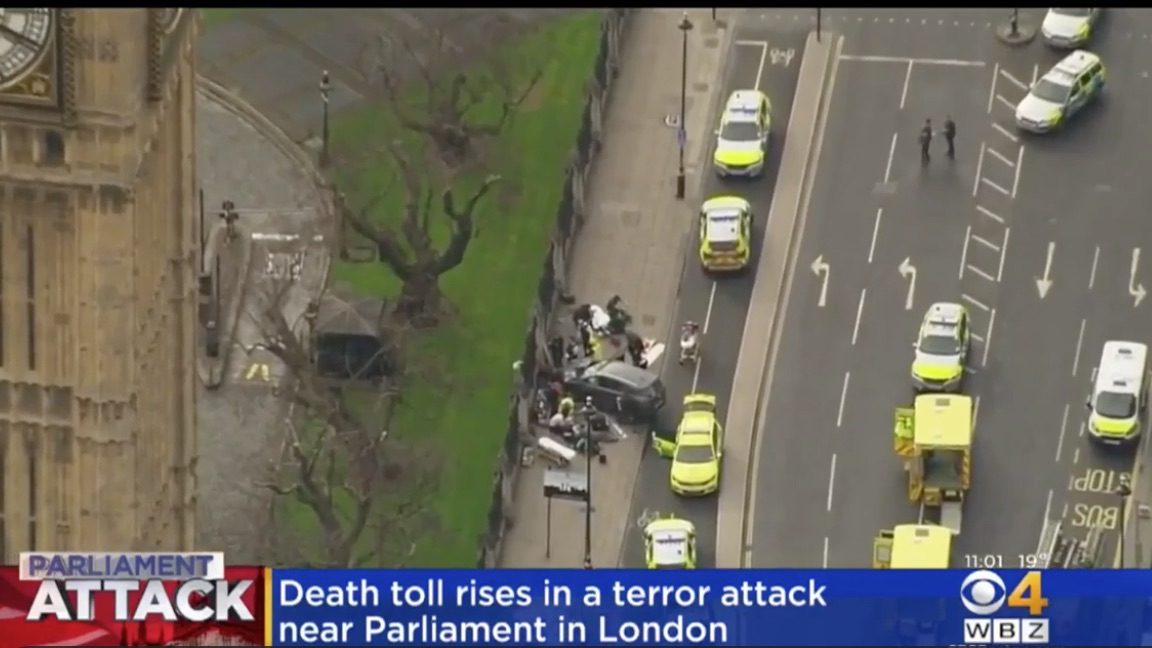 The disclosure that the British-born Muslim convert was likely to have been part of a wider conspiracy came as armed police detained 11 people in raids across the country with two of the arrests, including that of a woman, described as “significant” in the investigation.

Three cars were also taken away for forensic examination. Police are still hunting associates of Masood who are believed to be linked to the Westminster attack.

Far more often than not, the "lone-wolf" characterization of radical Islamist attacks falls apart under scrutiny. In early February, Rukmini Callimachi at the New York Times, of all places (HT Michael Walsh at PJ Media), explained matters in detail:

Not ‘Lone Wolves’ After All: How ISIS Guides World’s Terror Plots From Afar

When the Islamic State identified a promising young recruit willing to carry out an attack in one of India’s major tech hubs, the group made sure to arrange everything down to the bullets he needed to kill victims.

For 17 months, terrorist operatives guided the recruit, a young engineer named Mohammed Ibrahim Yazdani, through every step of what they planned to be the Islamic State’s first strike on Indian soil.

They vetted each new member of the cell as Mr. Yazdani recruited helpers. They taught him how to pledge allegiance to the terrorist group and securely send the statement.

And from Syria, investigators believe, the group’s virtual plotters organized for the delivery of weapons as well as the precursor chemicals used to make explosives, directing the Indian men to hidden pickup spots.

... Until just moments before the arrest of the Indian cell, here last June, the Islamic State’s cyberplanners kept in near-constant touch with the men, according to the interrogation records of three of the eight suspects obtained by The New York Times.

As officials around the world have faced a confusing barrage of attacks dedicated to the Islamic State, cases like Mr. Yazdani’s offer troubling examples of what counterterrorism experts are calling enabled or remote-controlled attacks: violence conceived and guided by operatives in areas controlled by the Islamic State whose only connection to the would-be attacker is the internet.

... Close examination of both successful and unsuccessful plots carried out in the Islamic State’s name over the past three years indicates that such enabled attacks are making up a growing share of the operations of the group, which is also known as ISIS, ISIL or Daesh.

“They are virtual coaches who are providing guidance and encouragement throughout the process — from radicalization to recruitment into a specific plot,” said Nathaniel Barr, a terrorism analyst at Valens Global ...

It's rare to make a positive recommendation relating to anything in the Times these days, but this is an exception. Read the whole thing.

With all that is known about how the Islamic State and its adherents operate, why does the press, as seen at Reuters and elsewhere, insist on sticking with "lone-wolf" characterizations? If the idea is to minimize the exposure of what really is a worldwide terror movement, they're certainly not doing anyone other than those on the side of evil any favors. The practice is dangerous and irresponsible, and needs to stop.