What do you do if you wish to help someone who wants to pretend they've apologized but who also wishes to perpetuate her lies about what she did? Well, if the person involved is a longtime Democratic Party operative like Donna Brazile and you're running Time.com, you let her bury her "regret" without a genuine apology deep inside a column conveniently released on a Friday afternoon in the middle of March Madness and the St. Patrick's Day weekend, and then let her go on her merry way insisting that she didn't do what she supposedly regretted doing.

The disgraceful facilitation was provided by Time.com, which gave Brazile space Friday afternoon at roughly 2:30 p.m. (based on when the site's promotional tweet appeared) primarily to vent about Russia's alleged involvement in the 2016 presidential election (which she naturally treats as certain) while mentioning the name "Trump" a grand total of a dozen times, as if more compulsive mentions would somehow make her pathetic case stronger. Here are her first five paragraphs, wherein she mentions Trump nine times (bolds are mine throughout this post):

Russian DNC Narrative Played Out Exactly As They Hoped

For weeks now, we’ve seen a steady stream — not just leaks — of information about possible contacts between the Trump campaign and the Russians. This is after the F.B.I. and our intelligence community determined that Russia interfered in the United States election with the aim of electing Donald Trump president.

For the sake of our country, and our democracy, this level of interference calls for a thorough and independent investigation. And that investigation needs to start now.

These malicious attacks were not a momentary cyber intrusion. The attacks were coordinated by a foreign adversary and executed for over a year with devastating results for those of us who were targeted, and ultimately for every American.

We now know that Attorney General Jeff Sessions met with the Russian ambassador at least twice last year, despite his sworn testimony before Congress that he had no contact with Russian officials during the campaign. But it is not just Mr. Sessions and Michael Flynn (who has resigned over his conversations with the Russians) who have misled officials and the public about the campaign’s contact with Moscow. The Trump campaign and Trump White House – up to and including Mr. Trump himself – have repeatedly claimed there was no contact between the Trump team and Russia during the campaign, which we now know is not true.

Unfortunately for Brazile and the left, the "determination" to which she referred was not a determination at all. It was a "conclusion" better described as an "assessment" based on limited evidence which comes nowhere near anything resembling proof, and was arguably politically-driven.

Finally, in Paragraph 10, we get to Brazile's "regret": 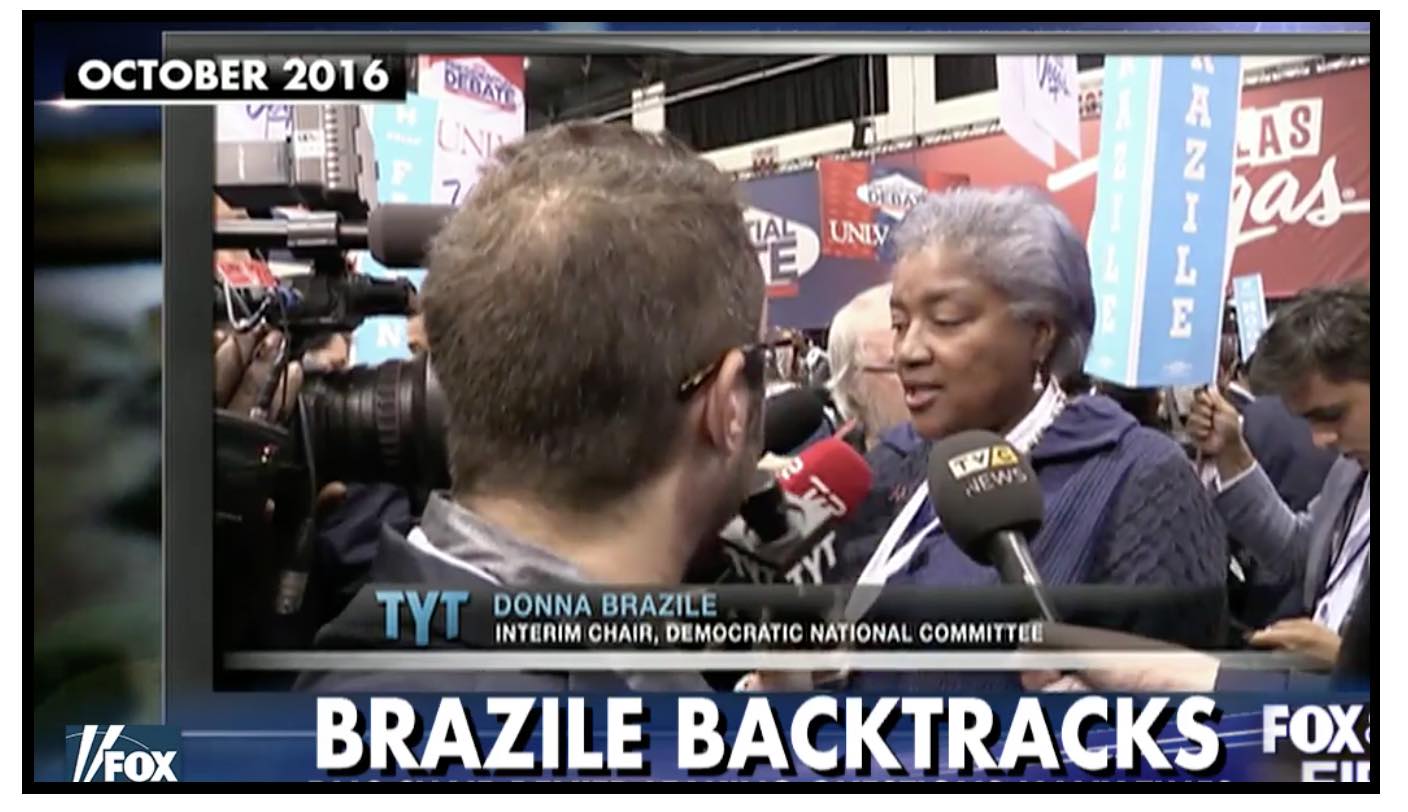 ... in October, a subsequent release of emails revealed that among the many things I did in my role as a Democratic operative and D.N.C. Vice Chair prior to assuming the interim D.N.C. Chair position was to share potential town hall topics with the Clinton campaign. I had been working behind the scenes to add more town hall events and debates to the primary calendar, and I helped ensure those events included diverse moderators and addressed topics vital to minority communities. My job was to make all our Democratic candidates look good, and I worked closely with both campaigns to make that happen. But sending those emails was a mistake I will forever regret.

Brazile went on the record with "regret," and wants the world to accept it as an apology. Time.com was apparently all too eager to serve as her disingenuous conduit.

What Brazile wrote is not an apology. There's no "I'm sorry," or "I apologize." She didn't address her "regret" to anyone other than herself. She didn't even admit that what the did was wrong, only that she had "regret" over doing it.

Given that pathetic expression, no one should be surprised that Brazile quickly went back to claiming that she didn't commit the acts she allegedly regrets. It only took a day after her Time.com op-ed appeared to confirm that:

‘I’m Not Going to Allow the Lies to Stand’

Donna Brazile, the veteran Democratic political strategist who parted ways with CNN last year amid WikiLeaks revelations appearing to show that she provided the Hillary Clinton campaign with questions she would be asked in a televised CNN town hall, flatly denied Saturday that she had done so.

“At no time did I receive or participate in the drafting or dissemination of questions provided by CNN,” Brazile told Journal-isms by email.

In a follow-up telephone conversation, Brazile said, "I’m not going to allow the lies to stand."

As Jazz Shaw at Hot Air wrote on Tuesday:

What she actually regretted was “sending those emails.” This is sadly all too common in American politics and what she’s really saying here is, I’m not sorry I did it. I’m sorry I got caught.

Given all that we now know, I’m still left with the one question I’ve had ever since the scandal came to light. How does this woman still have a job anywhere in the American political game? Do the Democrats honestly have no shame?

Sadly, we all know the answer to Shaw's question.