In a January 5 column at the Oregonian, Douglas Perry promoted a study which claims to support the leftist meme that Donald Trump won the presidential election based on racial bigotry and sexism.

It seems likely that the study to which Perry referred will become a frequent reference point for the left, so its fatal flaws need to be addressed. That's especially true because Vox.com founder Ezra Klein hysterically contends that the the study's evidence is so compelling, and that "The numbers here are impossible to read any other way."

Perry, Klein and the study's authors are wrong. Like so many other studies which supposedly show racial and sexist attitudes, the researchers asked their respondents ridiculously flawed questions based on bogus assumptions in the apparent quest to get desired results.

Here is a portion of Perry's column, in which he essentially claims, "See, Hillary Clinton was right about all those 'deplorables'" (HT Steve Edwards):

Donald Trump didn't win because of economic anxiety; it was indeed racism and sexism: study

It's the economy, stupid.

The same has often been said about the 2016 election, with pundits insisting Donald Trump's unexpected victory was the result of widespread economic anxiety, especially among working-class white voters. 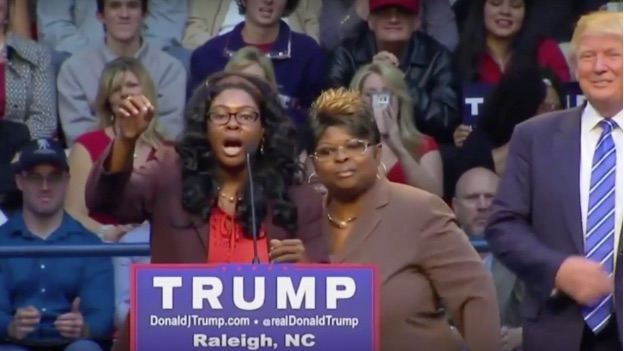 But a new study by three political scientists -- two from the University of Massachusetts and one from a self-identified progressive communications firm -- has reached a different conclusion. It found that Trump won because the country's "deplorables," to use losing candidate Hillary Clinton's word, came out and voted in unprecedented numbers.

The study includes a straightforward chart that, as the news-analysis site Vox wrote, makes clear that "voters' measures of sexism and racism correlated much more closely with support for Trump than economic dissatisfaction after controlling for factors like partisanship and political ideology."

Vox editor-in-chief Ezra Klein put it this way on Facebook: "The numbers here are impossible to read any other way."

Oh my goodness. There's a "straightforward" chart. It's over. Who can argue with a chart?

The answer, despite Perry's attempt to con his readers, is: Anyone with a functioning brain.

That's because one doesn't have to have a college degree to recognize how pathetic the survey's questions are in identifying alleged racism and sexism.

Before getting to them, I will remind readers that there's a cottage industry dedicated to periodically trotting out "studies" supposedly "proving" that there's all kinds of "implicit" racism and sexism out there using the protective veneer of an academic or polling firm imprimatur. I have blogged on two of them at NewsBusters.

One post tore apart the Associated Press for claiming in October of 2012 that racism was on the rise, based on "an implicit racial attitudes test." The basis for the findings of "implicit racism" were surveys asking "how well respondents thought certain words, such as 'friendly,' 'hardworking,' 'violent' and 'lazy,' described blacks, whites and Hispanics." Venturing further into cuckooland, the AP placed credibility in a study where "... a photo of a black, Hispanic or white male flashed on the screen before a neutral image of a Chinese character." That respondents rated their feelings toward the Chinese character slightly more negatively if preceded by a picture of a black person supposedly flagged racist attitudes. As a famous blogger at NewsBusters often said, "I kid you not."

In a September 2016 post, I critiqued a similar Reuters/Ipsos poll conducted this past summer which compared Trump, Cruz, Clinton and Sanders supporters' views on blacks as to "intelligence, work ethic, manners, violence, lawfulness." Their headline: "Trump supporters more likely to view blacks negatively."

Sorry, guys, the answers to those questions do not indicate a potentially great prevalence of racism. As I explained in great detail at my home blog, it's quite possible, and in many instances quite reasonable, for a person to describe a racial group having more of less of these and other tendencies without having a racist bone in their bodies.

For those who don't think that this kind of "work" could sink lower on the intellectual honesty scale, here are the questions which supposedly surfaced racism among those who participated in the study to which the Oregonian's Perry referred:

Regarding women (registering agreement/disagreement on a five-point scale) —

1. Women are too easily offended.
2. Many women are actually seeking special favors, such as hiring policies that favor them over men, under the guise of asking for "equality."
3. Women seek to gain power by getting control over men.
4. When women lose to men in a fair competition, they typically complain about being discriminated against.

Regarding race relations (registering agreement/disagreement on a six-point scale) —

1. White people in the U.S. have certain advantages because of the color of their skin.
2. Racial problems in the U.S. are rare, isolated situations.
3. I am angry that racism exists.

Unfortunately for the study's objectives, many males have experienced actual situations in their real lives where women have exhibited the behaviors described, or are painfully aware of other men's similar experiences. To the extent that they have used those experiences as their basis for partially or strongly agreeing with the statements above (with the possible exception of Question 2, given that it contains the word "many"), that doesn't constitute any proof whatsoever of sexism.

The same problem is present in the questions relating to racism — but with an added a twist.

People who have been passed over for promotions or jobs so that objectively less-qualified minority applicants can take those spots, or who have followed the news closely enough to recognize that such incidents happen far more often than they should, will be reluctant to agree with Question 1 — and that doesn't make them racist.

Question 2 is apparently an exercise in detecting supposed "denial." Despite the frequent news headlines, those who are able to keep matters in context can still credibly believe that racial problems in this nation of 320-plus million people are indeed rare and isolated — and that they're newsworthy precisely because they are rare and isolated. But according to the study, if you believe that, you're a racist. Why? Because "People who hold such attitudes essentially do not acknowledge the existence of racism in the United States." Translation: "If you disagree with us, that makes you a racist."

Racism Question 3 also doesn't prove anything. You can be not angry about racism even if you acknowledge that it's a problem, simply because you recognize, for better or worse, that it will always be part of life as long as human beings remain imperfect. Or you can be a perfectionist and be angry that there's even what you perceive as a tiny bit of racism. There's no way for such a question to properly filter these perfectly valid, personally-held reactions to the question.

This study is such a pathetic pile of junk that the authors should be ashamed that they attached their names to it. But it will likely be used by leftists as "proof" that Trump supporters are driven by racism.

As to the study's de facto Vox.com seal of approval, it's worth noting that the site claims that its mission is supposedly to "explain the news," apparently because the plebes in the general public aren't able to comprehend it themselves. In reality, Vox is a refuge for the agenda-driven left to dress up its own prejudices and falsely present them as intellectually superior.

Just one example: Klein was so alarmed in late July by the prospect of a genuinely competitive presidential election that he actually claimed that the election wasn't about "just Democrat vs. Republican." No-no-no. "It’s normal vs. abnormal." And we're supposed to take these people seriously?