In an item published on Tuesday, Matt Sedensky at the Associated Press reported on what he observed in a graduate "Faith and Politics" class at Emory University immediately after and during the weeks following this year's presidential election.

Class members' immature reactions to the election's result and the reporter's injected commentary are both disturbing, but very useful. That's because one of the most under-reported stories of the past two years, in terms of general visibility to the casual news consumer, is how so many college campuses have devolved into places where so-called "safe spaces," "trigger warnings" delivered before supposedly disturbing viewpoints are presented, out-of-nowhere outrage at alleged "microagressions," and intense hostility to non-conforming opinions have all proliferated.

Anyone who doubts that these developments have barely been news should try to explain the aforementioned terms to adults who don't have their own children in college (sometimes even to those who do). In most cases, you will be the first person to bring those terms to their attention, and you will almost invariably see jaws drop at the idea that supposedly grown people obsess over such things. But this is how tomorrow's alleged leaders — in the current article's case, a number of future ministers — are being brainwashed.

The establishment press knows all of this, and understands the conversational and political power the broad acceptance of such terms and postures would provide. As a result, it generally lets these matters proceed under the radar while ignoring what the left hopes is the final chapter in the closing of the American mind, hoping that the indoctrination remains relatively invisible.

Sedensky's AP story is an exception, and it runs the gamut in reporting students' reactions and responses:

Here are selected paragraphs from Sedensky's report (bolds are mine): 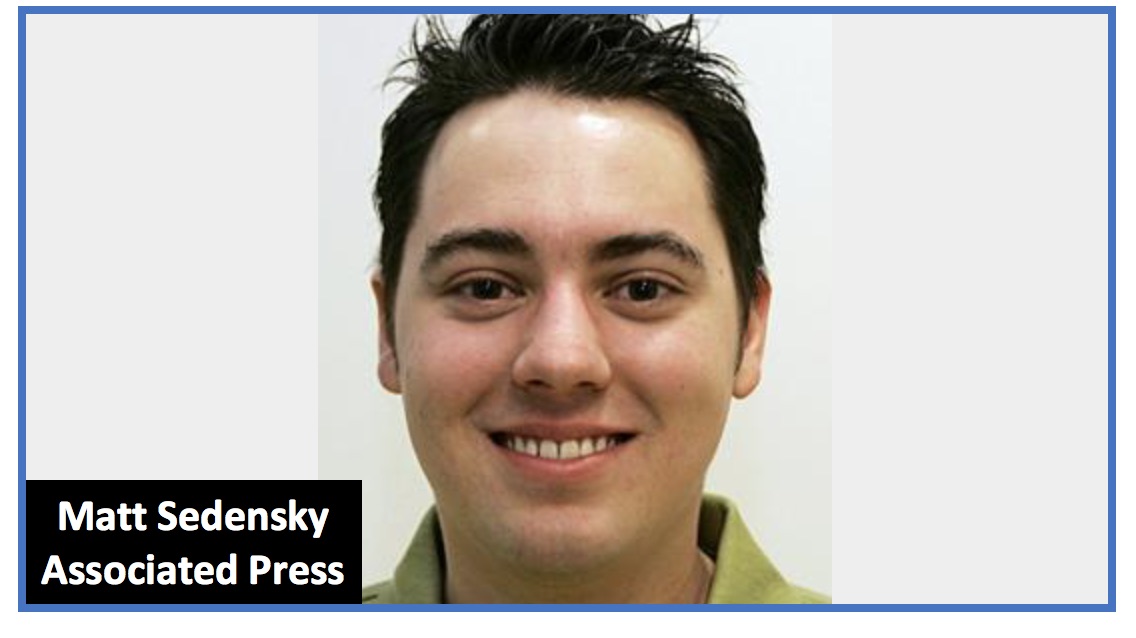 The classroom held all the moroseness of a funeral parlor. Just 16 hours had passed since Donald Trump had won the presidency, and in this "Faith and Politics" class at Emory University, graduate students talked of being shocked and wounded, fearful and horrified. From shaky voices, there was conviction that bigotry had prevailed, and from eyes, tears fell. But from the syllabus came a stern reminder: They needed to find a way to fix this.

... (The papers submitted) largely evaded ... substantive exploration of the idea of healing. (Well, that's because they've been brought up to believe that everyone must agree with them — or else. — Ed.)

Kathryn Stanley, a 49-year-old teacher, daughter of a preacher and member of Atlanta's renowned Ebenezer Baptist Church, sidestepped the issue altogether. The day after the election, she sobbed alongside her junior high school students even as she urged them to maintain hope in the face of their fears, and that night she cried again as she spoke to her classmates. Four weeks later, she conceded she was no more ready to give Trump a chance, nor to devise a blueprint for healing.

... (The last time he presented this class in 1992) Franklin ... did not challenge students to fix the national polarization. It wasn't as pronounced then, he explained. As the papers arrived and Franklin's own cutoff to report grades approached, he noted the trouble many seemed to have with the question.

"Maybe my expectations were too high," he said.

The night after the election, as Franklin and his students gathered, he was taken aback by the degree of fear and the feelings of grief he heard. ...

Searching for meaning, Stanley said she knew there was still a God, while a classmate said maybe things had to get worse before they got better.

Off in a back corner, the lone conservative in the class, a 33-year-old lawyer named Stephen Tippins, stayed quiet. He couldn't bring himself to vote for Trump, skipping the presidency on his ballot, but he didn't share his classmates' pain. As students were called to the lectern that night and a week later, the reluctant Tippins went last.

He touched on a question that formed the basis for his final paper: "Heal from what?" He concedes the country may think it's more divided, but wonders if it really is.

So there you have it. A "Faith and Politics" class at Emory University in Atlanta, Georgia (annual tuition and fees: $45,008; total cost of attendance: $61,344) with one self-described conservative who didn't vote for Trump, in a state Trump carried by 5 points with 51 percent of the vote.

Yet Matt Sedensky described the class, and the election's aftermath, in the following terms, in one of the most obviously biased paragraphs one will ever see:

The discord in Room 322 of the Rollins Building reflected the state of the nation as Trump nears inauguration. Even as the president-elect's victory speech urged unity, the weeks that have followed have seen little of it, with protests and hard feelings exacerbated by White House appointments seen by many as further driving a wedge between left and right.

The "state of the nation" certainly isn't "reflected" in a classroom in a red state that somehow had no Trump supporters. How could Sedensky possibly have written that with a straight face?

The "protests" to which the AP reporter referred represent a tiny percentage of the radical-left fringe. Hillary Clinton and Barack Obama have refused to denounce them in the interest of creating the exact false impression Sedensky dutifully relayed.

Here is some of the reaction of John Hinderaker at Powerline to Sedensky's AP report:

... We had an election and your candidate lost. When did that become a form of personal injury?

... But I suppose it is a mistake to take our universities seriously.

I'd like to agree with Hinderaker, but as noted earlier, our universities are where already pliable adults who will be our future leaders are being fraudulently groomed.