On Wednesday, in response to news that violent people the press insists on describing as "protesters" in Charlotte were stopping traffic on Interstate 277, University of Tennessee law professor and Instapundit founding blogger Glenn Reynolds retweeted a related story with three words of advice: "Run them down."

As a result, Twitter, which continues to allow the existence of and continued postings to hashtags like #killwhites and #killallwhitepeople, and has routinely done nothing about direct personal threats tweeted predominantly by leftists, suspended Reynolds' Twitter account. Even after Reynolds and Twitter worked out their differences, USA Today, where Reynolds is a member of its Board of Contributors, suspended his column for a month.

Unbowed, Reynolds posted the following at Instapundit Thursday morning after he learned of his suspension:

Sorry, blocking the interstate is dangerous, and trapping people in their cars and surrounding them is a threat. Driving on is self-preservation, especially when we’ve had mobs destroying property and injuring and killing people. But if Twitter doesn’t like me, I’m happy to stop providing them with free content.

... Since Twitter won’t let me respond to — or even see — my critics, let me expand here.

I’ve always been a supporter of free speech and peaceful protest. I fully support people protesting police actions, and I’ve been writing in support of greater accountability for police for years. 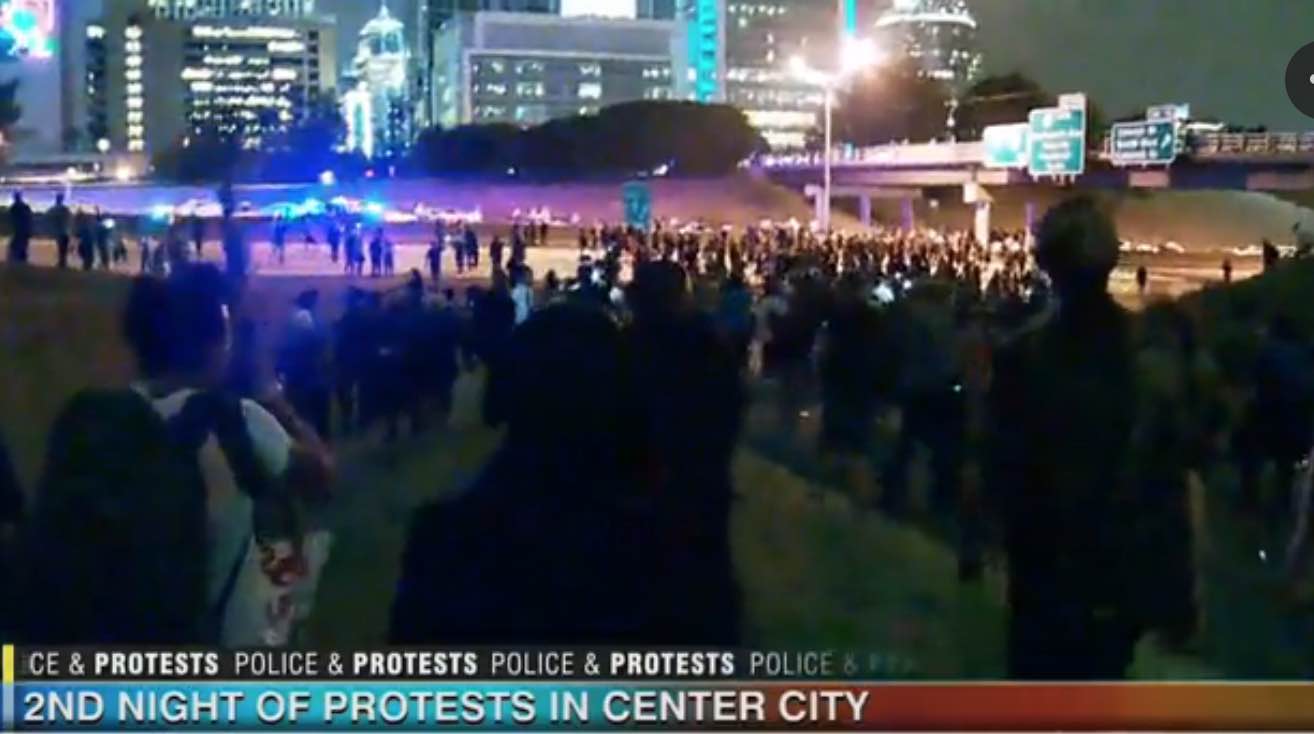 But riots aren’t peaceful protest. And blocking interstates and trapping people in their cars is not peaceful protest — it’s threatening and dangerous, especially against the background of people rioting, cops being injured, civilian-on-civilian shootings, and so on. I wouldn’t actually aim for people blocking the road, but I wouldn’t stop because I’d fear for my safety, as I think any reasonable person would.

“Run them down” perhaps didn’t capture this fully, but it’s Twitter, where character limits stand in the way of nuance.

... Erik Wemple of the Washington Post emails that “Keep driving” would have been a better formulation of what I was trying to say. It would have been, and in only two words instead of three. But I’ve had over 580,000 tweets, and they can’t all be perfect.

Deliberately blocking traffic on an interstate highway is not only dangerous. It's well-accepted that in domestic disputes, blocking a doorway or blocking a car is considered a form of domestic violence. Thus, given that there is no way out once a highway is fully blocked unless those doing the blocking get out of the way, the act of blocking traffic is also violent.

Moving forward with intent to continue towards anyone who refuses to allow you to pass through in a legitimately threatening situation is a form of self-defense, and is especially defensible if there are other innocents in your car or a large number of people in cars behind you who might also be able to escape property or physical harm if your vehicle does. No one can reasonably argue that the I-277 situation in Charlotte was not a threatening one.

A hashtag protest erupted on Twitter after Reynolds announced his suspension, with references to the site's obvious double standards:

A short time later, Twitter, a company which has never posted a quarterly profit, has faced richly deserved criticism for censorship, and could ill afford a full-blown rebellion in a large portion of its user base, revoked Reynolds' suspension, conditioned on his removal of the "run them down" tweet.

This all could have easily been solved by Twitter with little fanfare with an email or phone call to Reynolds, who it would appear would have been quite willing to revise or clarify his wording. Sadly, that's never social media's first response. It's ban first and deal with it later, if at all.

Given how quickly the matter was resolved, that should have been the end of it. Of course, it wasn't. The leftist thought police almost never let people on the center-right off that easily.

USA Today has suspended Reynolds' column for a month (his related apology appeared at USAT Thursday evening), just in time to keep his persuasive columns away from readers' eyeballs for most of the final weeks before the presidential election.

The University of Tennessee College of Law is investigating. Given that all of the facts are known and obvious, this really means, "We're trying to figure out how to inflict maximum punishment with minimum blowback."

Reynolds' retweet is at worst problematic, and at best good advice — Nick Gillespie at Reason.com contends that "the idea that he is seriously inciting any sort of actual or real threat is risible" — at least if one assumes that self-preservation and keeping loved ones alive and safe are still considered higher values than giving violent people free rein to inflict serious harm.

Sullivan hasn't even been blogging for quite some time, and hasn't tweeted since December 2014.

Alterman is "a Distinguished Professor of English and Journalism at Brooklyn College and CUNY Graduate School of Journalism, 'The Liberal Media' columnist for The Nation, and a Senior Fellow at the Center for American Progress, the Nation Institute and the World Policy Institute." Apparently, none of the institutions and entities named have a problem with someone who represents them wishing that his opponents get deposited in a place where one's fate at best is to suffer serious harm and at worst is to die a horrible death.

As for USA Today, its parent company Gannett continues to employ Stephen Henderson at the Detroit Free Press. In early June, Henderson advocated the following for Michigan Republican lawmakers who support charter schools:

... "sew them into burlap sacks with rabid animals, and toss them into the Straits of Mackinac."

Henderson has suffered no visible consequences for what he wrote.

For those who argue that he shouldn't, I would agree (barely, primarily because he later wrote in the same column that "In more practical terms, this ought to be resisted by Lansing’s more reasonable lawmakers"), and would hope that Detroit-area readers and Internet users are indicating their displeasure with their absent eyeballs. That Henderson has skated, though, demonstrates how out of line USA Today's suspension of Reynolds, who, unlike Henderson, has apologized, really is.