They should have known better, but it was apparently too good to check. Following the lead of the apparently shellshocked BBC, the Associated Press on Friday night included an item in its "The Latest" timeline on Great Britain's Thursday vote to leave the European Union about how "So many users are signing a petition for a re-run of Britain's referendum on European Union membership that they've crashed the House of Commons website hosting the document."

Then, for good measure, the wire service devoted a separate stand-alone report on the petition's attainment of "more than 1.6 million names" as "a measure of the extraordinary divisiveness of Thursday's vote to leave the 28-nation bloc."

Sunday, the eponymously named Louise Mensch at the news, opinion, and commentary website Heat Street exposed the petition effort as a prank (HT Instapundit; bolds are mine throughout this post):

... The BBC’s desperate shilling for Remain will come under increasing scrutiny as we exclusively reveal that the supposed ‘popular petition’ for a second referendum – wholly illegal and unworkable, and unprecedented in British history – is a prank by notorious sh*tposters 4 Chan.

The BBC, the UK’s national broadcaster, gleefully reported, as real, with no basic journalistic checks, an online petition that appeared to be growing at a colossal rate. ...

... So fast, in fact, that somebody should have checked for bots and scripts. The BBC is failing totally in its Charter Duty to perform basic journalistic research.

... Heat Street can exclusively bring our readers the proof that the spamming of the petition is a magnificent 4Chan prank that the Chads and Stacys of the BBC and liberal media swallowed whole. 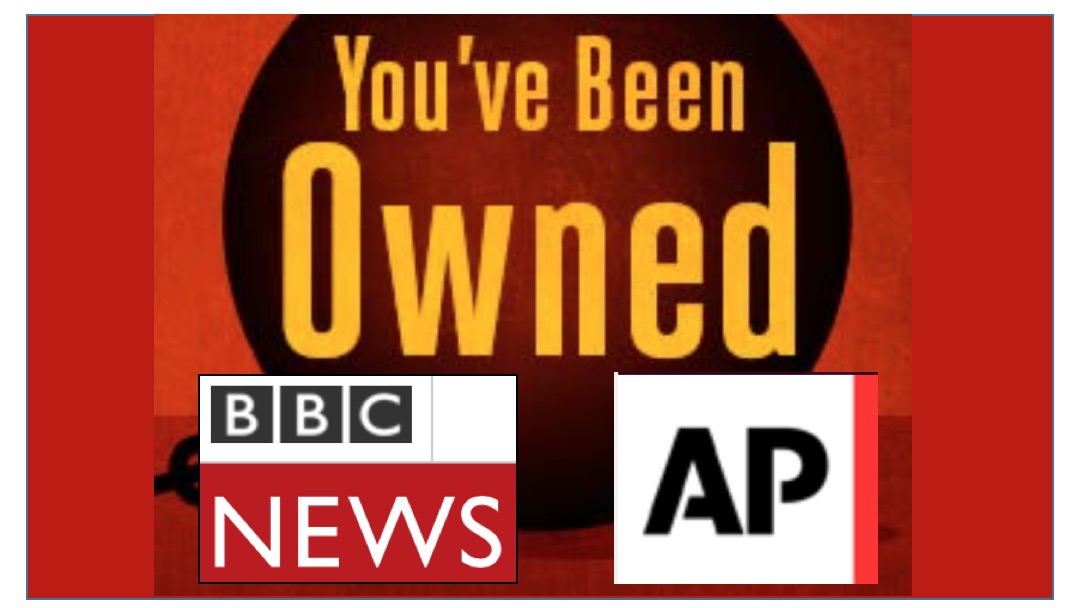 As of late Sunday afternoon British time, the latest related dispatch from the BBC was still reporting (screen shot saved here for future reference) that "77,000 signatures have already been removed," but was still implying that the rest of the now-3.2 million total signatures might be genuine. It also has apparently not deigned to explore whether the petition's provisions have any legal standing. Finally, the Beeb is failing to report that the majority of the petition's "signers" are from overseas — including over 41,000 "signers" claiming to be from Vatican City and almost 25,000 from mostly Internet-deprived North Korea.

As to the AP, it could have attempted to plead ignorance based on the BBC's complete avoidance of journalistic effort in the matter, and the statement underlined in green in the opening paragraphs of Saturday's report seen below. But, as seen in the red-underlined section in the first paragraph, the wire service just couldn't let go of the opportunity to politicize, despite its likely shaky substance:

If "Online petitions ... are very poor measures of popular opinion," then how can you write that an online petition is "a measure of the extraordinary divisiveness of Thursday's vote"?

Answer: You can't. But it's fair to say that the rest of us can now contend that a press outlet willing to make such a claim is desperately making any and every effort it can to delegitimize the results of an election. That includes giving readers who only look at the story's headline and first paragraph — i.e., many device users who will see one, the other or both without clicking through to the full dispatch — a completely false impression about what at bottom is nothing more than a well-executed prank.