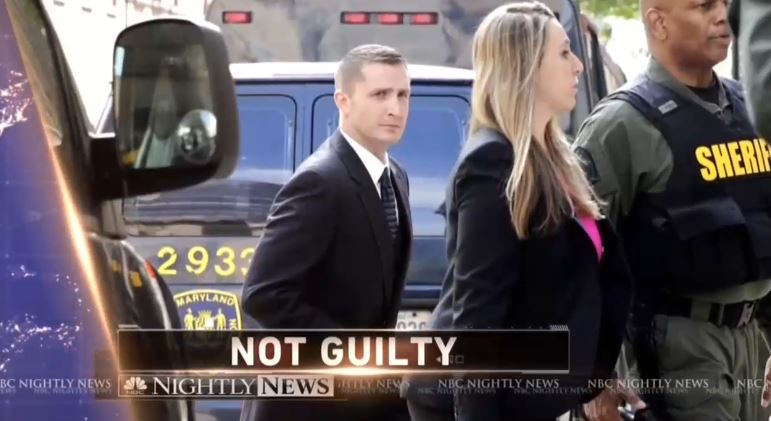 Seldom have there been more clear-cut examples of bias than those found in Juliet Linderman's Associated Press story yesterday on the acquittal of Baltimore Police Officer Edward Nero on all charges relating to the death of Freddie Gray last year.

The first half of Linderman's first sentence reads: "Prosecutors failed for the second time in their bid to hold Baltimore police accountable for the arrest and death of Freddie Gray." We're sorry you're so obviously disappointed, Juliet, but the fact is that the judge in the case, by rendering not-guilty verdicts, concluded that Nero was not legally accountable for the death of Freddie Gray. The AP reporter's opening presupposes that any failure to convict Nero or other officers involved automatically means that the justice system has failed.

Though her opening was her worst offense, the rest of the Linderman's story was hardly better. This won't surprise anyone who visits her home page at Twitter.

This woman has a chip on her shoulder the size of a two-by-four. Her condescending Twitter description tells us that she's "@AP reporter in Baltimore, hon."

The frame at the top of the page shows African-Americans extending middle fingers in response to Baltimore Mayor Stephanie Rawlings-Blake's statement blaming "thugs who only want to incite violence and destroy our city" a year ago. Charming.

What in the world ever made the Associated Press believe that this woman would be capable of accurate, objective crime-story coverage?

Note the blatantly selective race-labeling in evidence in the first quarter of Linderman's dispatch:

Prosecutors failed for the second time in their bid to hold Baltimore police accountable for the arrest and death of Freddie Gray when an officer was acquitted Monday in the racially charged case that triggered riots a year ago. 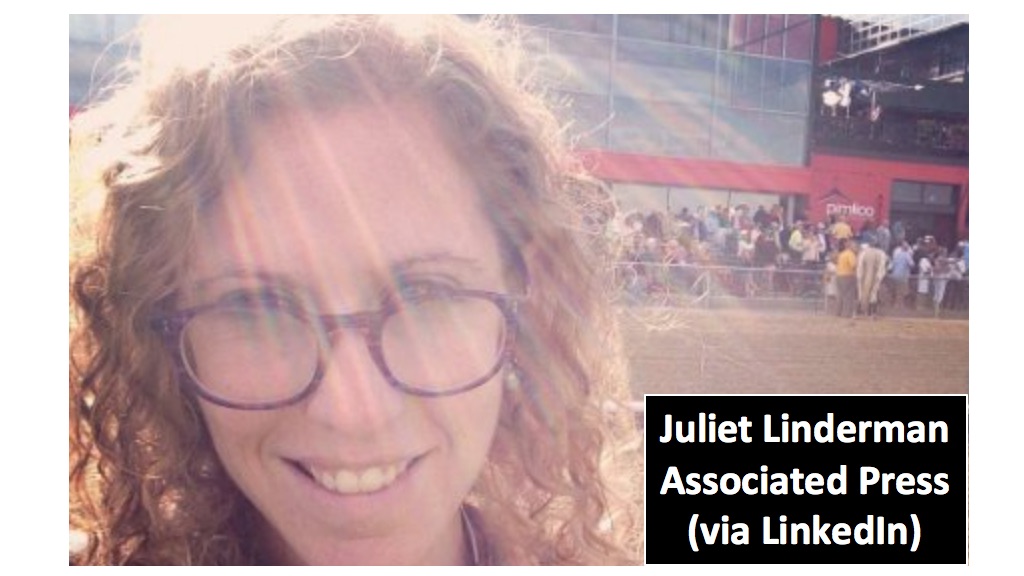 A judge cleared Officer Edward Nero of assault, reckless endangerment and misconduct, concluding that Nero played little role in Gray's arrest and wasn't responsible for the failure to buckle the black man into the police van where he suffered a broken neck.

Upon hearing the verdict, Nero hugged his attorney and appeared to wipe away a tear.

Nero, who is white, was the second of six officers charged in the case to stand trial. The manslaughter case against Officer William Porter ended in a mistrial in December when the jury deadlocked. Prosecutors plan to retry him in September.

Nero's lawyers said he and his wife and family are "elated that this nightmare is finally over."

"The state's attorney for Baltimore City rushed to charge him, as well as the other five officers, completely disregarding the facts of the case and the applicable law," they said in a statement.

Prosecutors had no comment; they are under a gag order.

Trial No. 3 — that of van driver Caesar Goodson, who prosecutors believe is most culpable in Gray's death — is set to begin in two weeks. He is charged with second-degree murder.

Running down the bolded items after Linderman's opening paragraph:

Additionally, in unexcerpted text, Linderman identified "Circuit Judge Barry Williams," who rendered the not-guilty verdicts, without labeling him. Of course, Williams is black.

Admittedly, my AP Stylebook is a bit old, but I wasn't able to find an entry mandating that "White police officers involved in the death of a black man should be racially labeled, but black police officers should not."

I also didn't find any entry which said that "Juliet Linderman gets to decide who is labeled black or white in the interest of maximizing the perceived racial tensions communicated in a story."

Linderman apparently has her own stylebook — and I guess she gets to write whatever the heck she wants under the wire service's banner — no matter how obviously selective, irresponsible, agenda-driven, and bitter.