It appears that there's an effort underway to expand the definition of "deniers" beyond the realm of climate change/"global warming."

Ideally, in leftists' minds, a "denier" would be "anyone who doesn't accept leftist dogma without reservations." That definition would apparently extend to anything relating to the economy, if Associated Press White House reporter and dedicated Barack Obama groupie (yes, I mean "groupie") Darlene Superville had her way. Her story's headline, as she covered President Obama's remembrance of the wonders of the "Recovery Act" — formally known as the American Recovery and Reinvestment Act of 2009 and informally known as the "stimulus plan — directly targeted those who dare to disagree with Obama, and even attempted to concoct another phony version of "consensus" clearly intended to eventually stifle historians' dissent:

Let's be clear here. Obama didn't use the D-word in his speech. Superville and the AP's headline writers used it in an attempt to begin to exert (even more) control over the discussion.

Obama has proven himself a world-class competitor in putting forth phony and false arguments. Friday, he created a monster strawman and followed it with a flat-out falsehood in attempting to rebut his critics: 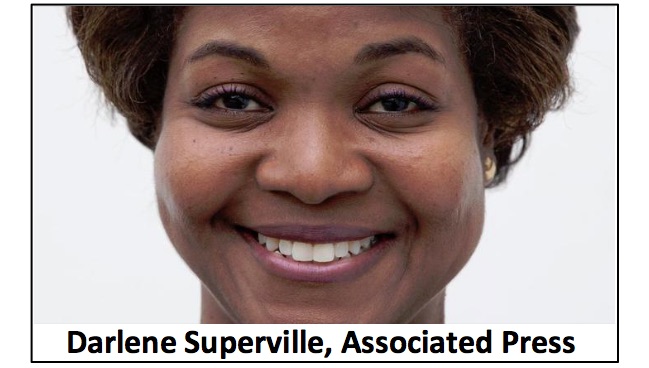 "You don't hear a lot about this from the folks who are on the campaign trail," Obama said. "Anybody who says we are not absolutely better off today than we were just seven years ago, they're not leveling with you, they're not telling the truth."

"By almost every economic measure, we are significantly better off," he said.

Critics of the Obama recovery on the left, right and center almost never say that the economy was better off "seven years ago," i.e., in February 2009. What they are saying, among many other things, is that:

As to Obama's "by almost every economic measure" claim, here are just a few important ones which are not better than they were before the recession began, which is the genuine benchmark for determining the legitimacy and completeness of a recovery:

Superville's attempt to begin stifling critics is in the following paragraph:

Economists generally believe the stimulus program helped keep the recession from spiraling into another depression. A survey of economists by the University of Chicago found that 82 percent believed the stimulus spending had pushed unemployment lower by the end of 2010 than it would have been without the spending. Just over half of the economists surveyed, 56 percent, said the benefits of the stimulus exceeded the costs.

Luckily for those of us who value open discussion, if that's the best Superville has, it's not going to work.

The 82 percent contention is denied by a graph the Obama administration itself produced to promote the Recovery Act's passage. It predicted that the Act's passage and implementation would bring unemployment down to 7 percent by the end of 2010. Instead, it was 9.3 percent — which is higher than the roughly 8.7 percent the administration predicted would be seen if the stimulus plan wasn't passed. Having these same Keynesians go back now and say it would have been even worse is a joke.

As to the 56 percent who said that benefits exceeded the costs, I would ask, "By how much? And did you include the trillions of dollars in new debt, the trillions of dollars the Federal Reserve created out of thin air, the vast expansion of entitlements like Food Stamps, and the stark declines in workforce participation in your assessments?" I'll bet not.

But Darlene Superville wants to tag as "deniers" anyone who dares to put forth any of these arguments.

If you're looking for a "denier," ma'am, I'd suggest looking in the mirror.