The Associated Press clearly hopes that most Americans still pay little to no attention to New Media.

That's the only credible argument one can employ as to why the wire service's Alan Fram, in his Tuesday evening dispatch, characterized the unanimous decision of Republicans on the Senate Judiciary Committee not to hold hearings on a potential Supreme Court nominee this year as "extraordinary." No Alan. What's "extraordinary" is how much historical and political precedent you chose to ignore in your report; how hyprocritical the President, Vice-President, and a host of other Democrats are in asserting their current positions; and how close you came to outright promotion of Democrats' promise to unleash "unremitting pressure on Republicans to back down."

Majority Leader Mitch McConnell emphatically ruled out any Senate action on whoever President Barack Obama nominates to fill the Supreme Court vacancy, an extraordinary step that escalated the partisan election-year struggle over replacing the late Antonin Scalia. Democrats promised unremitting pressure on Republicans to back down or face the consequences in November's voting.

After winning unanimous public backing from the 11 Republicans on the Senate Judiciary Committee, McConnell told reporters that that panel would hold no hearings and ruled out a full Senate vote until the next president offers a nomination. Such steps would defy many decades of precedent that have seen even the most controversial choices questioned publicly by the Judiciary Committee and nearly always sent to the entire chamber for a vote, barring nominees the White House has withdrawn.

"In short, there will not be action taken," McConnell told reporters.

The Kentucky Republican said he wouldn't even meet with an Obama selection should the White House follow tradition and send the nominee to Capitol Hill to visit senators. Such a snub could generate campaign-season television images of a scorned selection standing outside a closed door.

It's as if that's what Alan Fram is rooting for. It wouldn't be particularly surprising if we learned that he's making up a protest placard tonight.

Nowhere in Fram's report does he mention any of the following fundamental truths I listed earlier today, all of which make a complete mockery of the reporter's claim that there are "decades of precedent" on the Democrats' side. Building on points originally made by Allahpundit at Hot Air (actual names added for clarity): 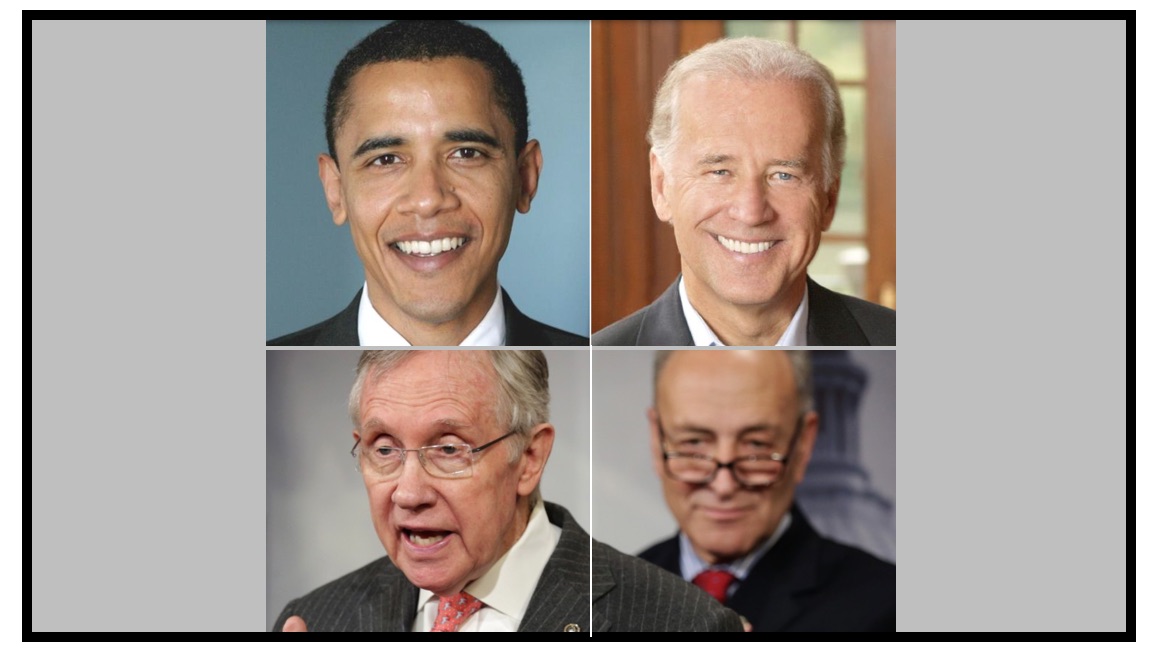 (Noted in today's earlier post) The current vice president, Joe Biden is also on record as saying that the Senate should refuse to even consider, and that he would automatically oppose, a Supreme Court nominee "unless the President consults the Senate in advance" — and, even then, would only consider nominees resulting from "compromise with the Senate beforehand" on judicial philosophy.

To borrow a legal term, based on their previously firmly and aggressively stated positions, none of the aforementioned Demcorats or any of their supporters has any standing to criticize McConnell or Judiciary Committee Republicans for their current stance. We know, by their past actions and statements, that they would be doing the same thing if the roles were reversed — and that Biden, if he still headed the Judiciary Committee, would be going even further.

The idea that none of this history and precedent made it into Alan Fram's dispatch shows what a collection of partisan hacks the Associated Press, aka the Administration's Press, has become.

Fram wasn't even above inventing history to try to make his non-points:

Democrats note that in 1988, a Democratic-led Senate confirmed Anthony Kennedy to the court, though he'd been nominated by President Ronald Reagan the preceding year. Republicans say it's been over eight decades since a nomination occurred and was filled in the same election year.

Republicans are right, and Fram, Democrats and other leftists — but I repeat myself — are misdirecting.

Anthony Kennedy was nominated in 1987. His confirmation hearing occurred in November of that year, at which point his confirmation, which formally occurred on February 11, 1988, became a formality. The Democrats' attempt at a comparson is bogus, as is Fram's reporting on it as if it has any meaning — because it doesn't have any meaning.

The AP's failure to cite clearly relevant information and background virtually guarantees that they won't be mentioned much, if at all, in the Big Three broadcast networks' coverage during the next few days. Low-information news consumers who naively rely on them will be deliberately misinformed. At the Associated Press, that apparently earns Alan Fram a badge of honor.