Moderators at CNBC, Which 'Graded' Debaters' Speech Patterns, Scored At or Below Every GOP Candidate

People in glass houses shouldn't throw stones. And people who ridicule the level of others' speech patterns should check theirs first.

CNBC didn't do that. Instead, on Thursday, as I noted in a previous NewsBusters post, it childishly rushed out a grade-level evaluation of the Republican presidential candidates' speech patterns during the first three debates, including the Wednesday train wreck it rudely hosted, and created a graphic with the title, "Are you smarter than a GOP candidate?" Payback is sweet (bolds are mine): 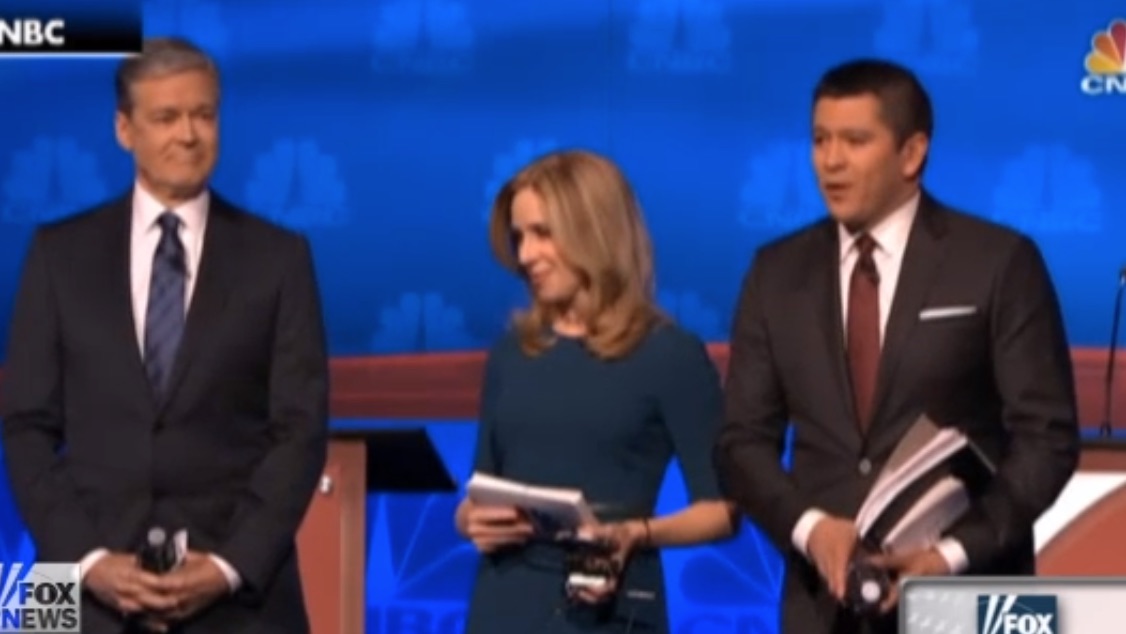 CNBC has breathlessly reported that the Republican candidates who have participated in this year’s three GOP presidential debates have spoken at the ninth-grade level or below according to the Flesch-Kincaid readability test.

The cable network announced its findings on Thursday, the day it was widely criticized for bungling this week’s debate.

CNBC does not appear to have subjected its own moderators to the Flesch-Kincaid readability test.

However, The Daily Caller did.

... The results show that the words (and words and words) uttered by CNBC’s small battalion of moderators averaged a fifth-grade vocabulary level — just barely.

Like CNBC, TheDC used the Flesch-Kincaid readability test for its analysis.

... CNBC’s moderators — including fancypants Harvard journalism fellow John Harwood — can take intellectual solace in the fact that the flair for language they demonstrated in talking over the candidates and over each other was equal to the language patterns of Donald Trump. ...

The story you are reading right now scores a 9.1 on the Flesch-Kincaid scale — equal to Harvard Law grad Cruz’s GOP debate performance and academic light years ahead of the speech patterns of CNBC’s moderators.

Note that the column involved specified that CNBC's moderators — John Harwood, Becky Quick, and Carl Quintanilla — were the ones graded.

The three CNBC panelists at the debate — Rick Santelli, Sharon Epperson and Jim Cramer — had limited opportunities to ask questions. But when they did, based on the results returned by an online readability tool, their speech patterns, excluding routine formalities, scored 5.9, 7.7, and 7.6, respectively.

It looks like CNBC, assuming the Daily Caller's work is accurate and that the online tool I used returned the same results Microsoft Word would have, may have selected the wrong people to moderate the debate. At least that would seem to be the case if the network's goal was to make its representatives look like they belonged in the same room with the GOP's presidential candidates. They didn't.

Note: This post, excluding excerpts and this final sentence, graded out at 8.2.